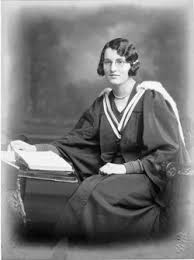 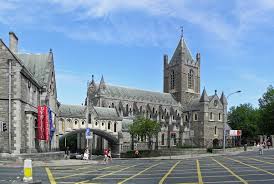 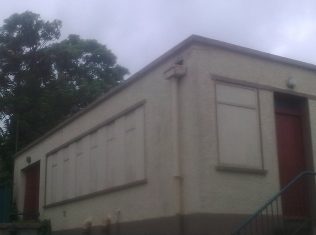 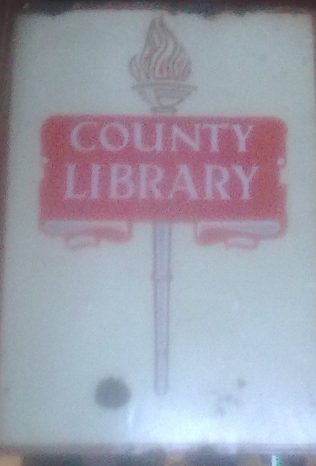 Letitia Dunbar Harrison was born in Dublin during 1906.  She received her education at Alexandrea College, Dublin prior to attending Trinity College. She graduated with a degree in French & Spanish.  She was forced to resign her position with Dublin Military Library when she married due to the marriage ban at that time.  Letitia (Aileen Crawford) died aged eighty-eight years during 1994. [i]

Letitia trained as a librarian at the Dublin County Library Headquarters.  In her first posting to Rathmines library she specialized in children’s books.  During the summer she took a course in library techniques at University College Dublin.  She was appointed by the L.A.C. to a position with Mayo County Library for the Castlebar branch in 1930.  Due to controversy (information below)   Letitia stayed a year prior to a posting to the Military Library in Dublin.  ‘It was peculiar…that a small issue in Mayo just started to escalate and a snowball just rolled on into an avalanche…It became a national issue and could have brought down the Government’  [ii]

When as a young twenty-five year old Letitia accepted a position with Mayo County Library as appointed by the Local Appointments Commission: she would not have believed the conflict that would ensue!  This commission was established in 1926 to oversee appointments.  By 1930 over one hundred appointments had been made by LAC which was accepted by County Councils throughout Ireland as it was within the law.  (It was suggested that candidates who were not proficient in Irish would have three years to learn the Irish Language) [iii]

During 1930 Mayo County Council opposed her appointment.  Even local resentment at what was perceived as metropolitan intrusion was not the core of the problem.  It was rather than Miss Dunbar Harrison suffered from the dual stigma of being a Protestant and a graduate of Trinity College Dublin with no knowledge of the Irish language.  It became a government versus local government dispute with church versus state, party members versus party members.  Mayo County Council were given time to accept her nomination, the matter was raised in both Senate and the Dail debates.  On December 31st 1931 the minister for local government, Richard Mulcahy abolished the council.  He appointed a commissioner P. J. Bartley to carry out functions, the first of which was to appoint Letitia Dunbar Harrison as a librarian to Mayo.  All but five out of one hundred & thirty Mayo Library Centres boycotted the new librarian.  One opponent, J. T. Morahan was ‘opposed to the appointment of a product of Trinity to the position of Librarian in this County.  Trinity culture is not the culture of the Gael; rather it is the poisin gas to the kindly Celtic people.’ [iv]

P. J. Ruttledge argued that ‘It has to be recognized that in Co. Mayo, where practically 99%  of the people are of a certain religious persuasion, a person in the position of Liberian must feel, as any person who holds definite religious views must, that these views must be portrayed in some way in the distribution of (100) books.  What may appear to a member of one religion as being perfectly all right may appear to a member of another religion as being completely wrong.’  (Jack White’s Minority Report 1975  The Anatomy of the Southern Irish Protestant chapter 8  Part and Parcel.  (Gill &  MacMillen Dublin)  [v]

Eventually the government resolved the situation: they offered Letitia a position during January 1932 with a higher remuneration to the Dublin Military Library which she accepted. [vi]

When Letitia married Methodist Minister Robert Crawford (whom she had met in Castlebar) in Dublin, she became known as Aileen Crawford. [vii]

Due to his Ministry they moved to various Counties; Waterford, Tipperary, Louth then Antrim. [viii]

She remained on in Northern Ireland following his demise.  She contributed to her adopted Methodist church duties for many years. (12th February 2015) [ix]

This story of Letitia Dunbar Harrison is referenced  in Walsh Pat 2009 The Curious Case of the Mayo Librarian. (The Mercier Press Ltd) [x]

During 2009 a documentary of the controversy by R.T.E. for the Scannel programme was directed & produced by Kevin Cummins with presenter Garry Mac Donnacha.  In the programme Letitia’s niece reported that remembered her aunt as being a woman ahead of her time. [xi]

Dwyer Ryle published an article Church pays the price for its history of sectarianism and blind arrogance  in The Irish Examiner 17thJanuary 2009 issue.  It may be viewed at this link: https://www.irishexaminer.com/opinion/columnists/arid-20082154.html

Tom Gillespie penned an article in The Connaught Telegraph of 11th  Dec 2018  Castlebar Librarian nearly brought down Government.  It may be viewed at this site: https://www.con-telegraph.ie/2018/12/11/castlebar-librarian-nearly-brought-down-government/