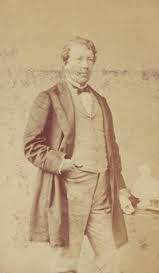 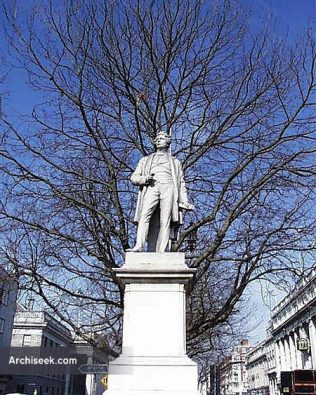 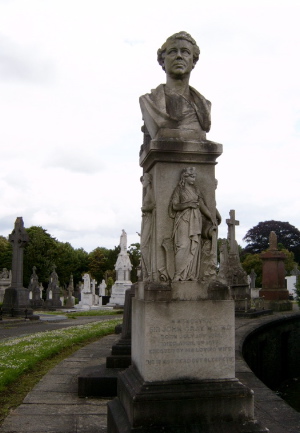 He studied medicine and shortly before his marriage in 1839 settled in Dublin as a Physician to the Hospital in North Cumberland St. Dublin. He was before long drawn into politics and in 1841 began to write for the  Dublin ‘Freeman Journal’ of which paper he eventually became proprietor.  He warmly advocated the repeal of the union (between Great Britain and Ireland) and was one of O’Connells supporters.

Full of suggestive energy and resource, he originated and organized these courts of arbitration which O’Connell endeavoured to substitute for the legal tribunals of the country. He was prosecuted in 1844 for alleged seditious language, and suffered imprisonment with O’Connell. After O’Connell’s death, Dr. Gray continued to take a prominent part in Irish police and in local affairs. It was to his energy and determination, as a member of the Dublin Corporation, that the citizens of Dublin owe their present excellent water supply.

On the opening of the works, 30th June 1863 he was knighted by the Earl of Carlisle, then Lord Lieutenant of Ireland. At the general election in 1865 Sir John was returned M.P. for Killkenny, a seat which he held until his death. He took a prominent and effective part in the passage of the Church  and Land Bills, and supported the Home Rule movement.

He died in Bath on the 9th of April 1875, aged 59, his remains were honoured with a public funeral at Glasnevin Cemetary, Dublin. His fellow citizens almost immediately afterwards set about the erection in O’Connell  St, Dublin of a monument in appreciation of his many services of his country, and of the splendid supply of pure water which he secured for Dublin. Sir John Grey was a Protestant. His paper ‘Freeman Journal’ which he raised by his talents to be the most powerful organ of public opinion in Ireland, he left to his son Mr. Edmund Dwyer Gray. M.P. living in 1887.

Taken from  ‘Irish Pedigrees’ Volume One. By John O’Hart