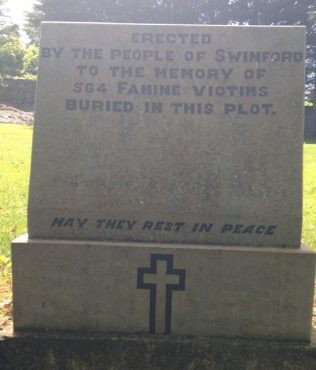 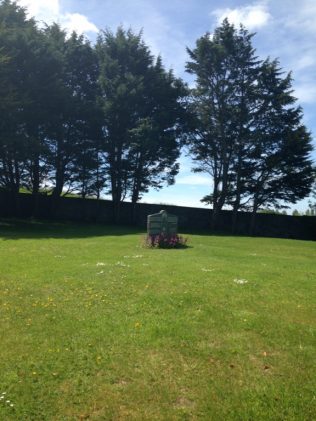 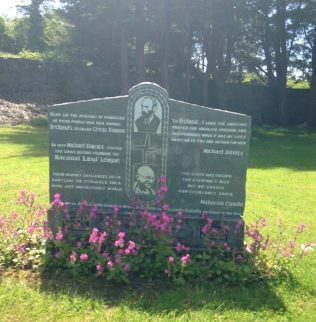 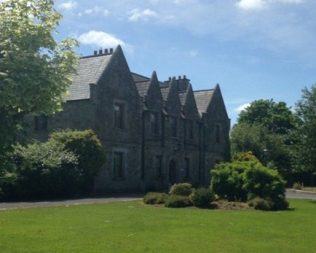 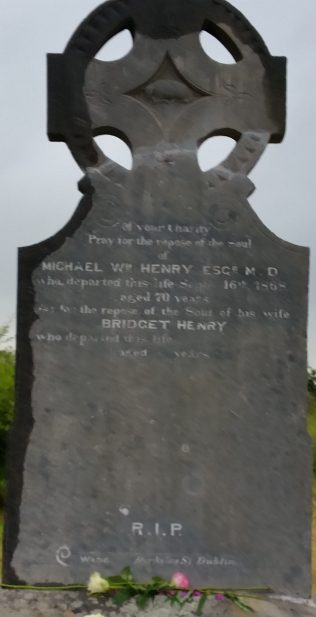 Dr. Henry gave his life to assist the poor people of the Swinford area during the famines of the 1800’s. He deserves to be remembered but unfortunately little information is available.

Dr Henry is listed in the 1850’s Griffiths Valuation as medical doctor, living in House No 34 Market Street Swineford. [i]

His wife was Bridget (Bridy) Kelly from Midfield, Co. Mayo.  Dr. Henry’s grandfather Mark C Henry, The Square Charlestown was a member of the Board of Guardians of the Workhouse. Marc C. Henry was also a M.P. & Justice of the Peace.  He was a Cumann Na nGaedheal T.D. for Charlestown Constituency also the first T.D from the town.  He represented the area from 1927 until 1932. [ii]

Dr. Henry’s dying wish as he succumbed to the Cholera Epidemic within the workhouse was that he be buried with the people whom he had treated.  This was accomplished following his demise during 1868.  He was buried within ‘The Potter’s Field’  as had been his wish. [iii]

The Swinford Union was established on 11th April 1840 when the Assistant Commissioner Joseph Burke acquired six acres of land for 18.00 pounds annual land from William Brabazon.  The workhouse was built between the years of (1840-1842)  It occupied a 6-acre site on Barrack Street.  Its construction cost 7,100 pounds plus 1,300 pounds for fixtures and fittings etc.  It was designed to hold 700 people.  The workhouse was overseen by a board of guardians.  The first inmates were admitted on 14th April 1846.  On one day alone, 10th November 1846, 120 people were admitted above the regulated number.  During the following year ‘Black 47’ diseases such as dysentery and typhus were widespread; the number of recorded deaths within the Union was 369 persons. Sr. Mary Xavier Henry was appointed Matron of the Workhouse during 1883.  The 1901 Census Returns portray that the Population of The Union was 44,162.  Included amongst its Inmates at one time were Michael Davitt (aged six and a half years) with his mother. [iv]

Several images of memorial in Swinford feature in on this site: Spiritofplace. design.blogspot.com

The Charlestown Chronicles by Cathal Henry provides extracts from meetings of Swineford Board of Directors also minutes of Union Meetings during 1878.  A letter from the workhouse by P. J. Durkan dated 31st May 1881 is also referenced. (Henry 2011 The History Press) [v]

Swinford Tidy Town’s Committee began the restoration of the pauper’s famine graveyard during 2103.  A Blessing was held on 30th November 2014 to honour all the victims.  The famine & paupers graveyards form part of the popular annual historical walk during Síamsa Sráide by Michael Comer.  In Swinford on July 10th 2015 Dr. Michael Henry also famine victims were remembered at a ceremony entitled ‘Procession of the Souls’ at the famine plot.  Professor Travis Price with his wonderful students erected an amazing structure that brought to mind the distress of the victims as they entered workhouses.  Professor Price’s team repaired Dr. Henry’s gravestone. Several of Dr. Henry’s ancestors attended the event. (NBC)

Gratitude is extended to Charles Egan for information provided from his personal papers. Also gratitude extended to Michael Comer for his assistance.  Images on site by Dympna Joyce. (NBC)