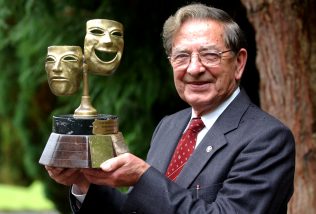 zoom
Seosamh with one of his many Drama Awards.
Author, personal collection. 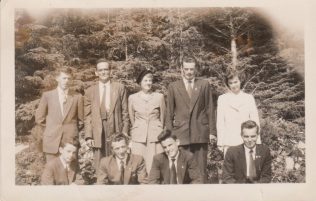 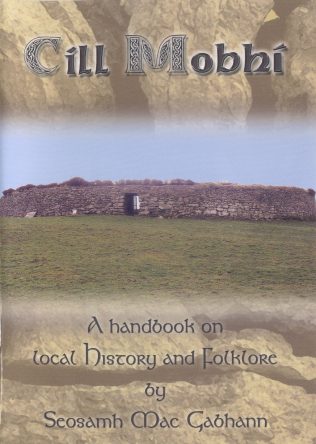 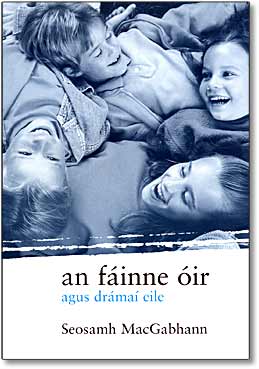 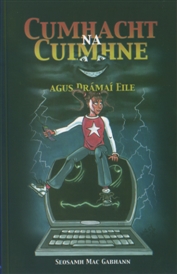 Seosamh Mac Gabhann was born in Blanemore, Straide, Co. Mayo in 1929 to Thomas Smyth and Brigid Flynn. He was the eldest of a family of seven – Michael, T.J., Teresa (Sr. Mary of the Sacred Heart), Fr. Paddy, Fr. Johnnie and Fr. Malachy (Columban Missionaries). After attending his local National School in Straide, he moved to Secondary School in Castlebar, cycling the 13 miles to and from St. Gerald’s College every day. A model student, he received a call to train as a National School Teacher in St. Patrick’s Training College, Drumcondra, Dublin. His first teaching appointment was in Glenhest National School, where he became active in community affairs and featured on the Newport hurling and football teams.

Seosamh was appointed Principal of Clooniron National School in Kilmovee in 1955. This was the start of over 50 years work, both as a teacher and in a voluntary capacity in the community, which left a deep and lasting impact on Kilmovee. Seosamh met his wife to be Bea Anna Costello (who also taught in Clooniron School) and together they began to include traditional Irish music and drama ‘as Gaeilge’ as a standard part of the curriculum for all pupils. They were married in Kilmovee in 1961 and had four children over the next few years – Padhraic, Paul, Fergal and Maura. Clooniron School closed in 1972 and the pupils moved to Kilmovee No.1 National School, where Seosamh and Bea Anna continued their pioneering work.

It was no surprise when Seosamh was awarded Mayoman of the Year in 1976, in recognition of his achievements in areas of Irish music, drama and his community work, which included a project he led resulting in the opening of a swimming pool in Kilmovee. He was instrumental in setting up the Kilmovee/Urlaur Group Water Scheme, which delivered water on tap for the first time to all households in Kilmovee. He was also the Chairperson of the Kilmovee Gun Club and the Community Council and was involved in almost every community initiative in the parish for over 50 years, including the opening of the Community Centre in Kilmovee, the ‘Cois Tine’ Heritage Centre and setting up the Kilmovee Family Resource Centre. Seosamh believed that everything was possible when the community worked together and one of his favourite sayings was Ní Neart Go Cur Le Chéile (There’s no strength without unity). Dedication to his faith was also a major part of Seosamh’s life and this included him running the choir in Kilmovee over many years.

The contributions and achievements of Seosamh not only in Kilmovee, but also with voluntary organisations at a county, provincial and national level are too numerous to mention.They included a major contribution to Comhaltas Ceoltóirí Éireann, with Seosamh always available to ensure every child got an opportunity to learn Irish music. Seosamh organised and ran drama festivals in Clooniron for many years and later in Kilmovee and he was central to the development of An Cumann Scoildrámaíochta at provincial and national level, ensuring his love of the Irish language was passed on to children across Ireland. Over 1,000 children now take part in the Féile Náisiúnta every year. Seosamh held the position of Uachtarán for many years, right up to his death. He believed if children were to learn Irish, it needed to be fun and he started this approach in Clooniron and Kilmovee teaching the children Irish through drama, using plays he wrote and produced himself. A number of his plays were published in two publications – “An Fáinne Óir agus Drámaí Eile” and “Cumhacht na Cuimhne agus Drámaí Eile”, which are now used in schools across the country.

To fundraise for the multiple voluntary committees that he set up and chaired in Kilmovee, Seosamh wrote, produced and directed numerous plays with children, teenagers and adults, winning many national awards.  One of his final productions was a short play with the Senior Citizens in Kilmovee. While they were reluctant to get involved initially, the final performance was as always a flawless production that brought the house down. His talents were not limited to Kilmovee and he was always in great demand nationwide. Amongst the highlights of his many productions was the Millennium Diocesan Pageant, enacting the history of the development of religion in the Diocese of Achonry. In 2006, he wrote, produced and directed a cabaret to celebrate the life and times of singer Delia Murphy.

This Is Your Life

Seosamh made time for everybody and left a lasting impression on all those that he worked with down through the years. After his retirement, he continued his involvement with the community and also found a little more time for gardening, fishing and shooting, hobbies he enjoyed during his limited free time. In 2006, Seosamh was honoured in Kilmovee by a “This Is Your Life” surprise that brought friends and relations from near and far and from all parts of his life. Seosamh was a founder member of the Dr. Douglas Hyde Summer School in Ballaghaderreen in 1996. He was actively involved in the running of this Summer School up to his sudden death in 2008. The Douglas Hyde Summer School continued for another two years, ending in 2010. The community in Kilmovee decided it was appropriate at this stage to set up the Seosamh Mac Gabhann Summer School of Traditional Irish Music, Song, Dance and Gaeilge in his honour in 2011 – www.smgsummerschool.com.

One of his last projects was to write “Cill Mobhí – A Handbook on Local History and Folklore in Kilmovee”.  This book was launched posthumously in 2009 and is now used as the basis for the Heritage Tour on the first Sunday of the annual Seosamh Mac Gabhann Summer School, which visits many of the sites described so well in this handbook. The Summer School is a fitting tribute to the lifetime contribution of Seosamh to Irish music, heritage and culture, areas which he passionately promoted throughout his life, as well as assisting in all aspects of local community development.