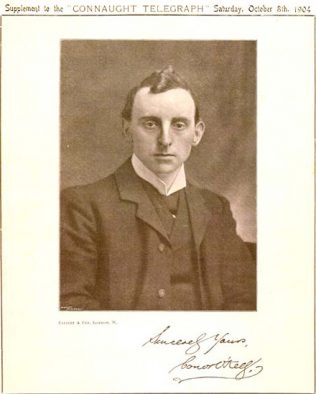 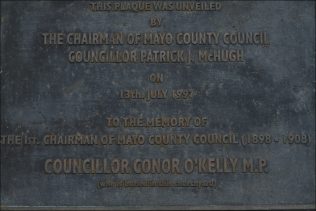 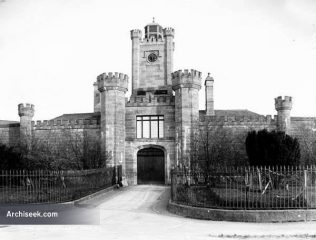 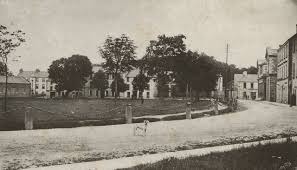 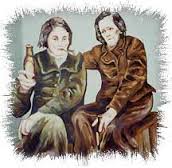 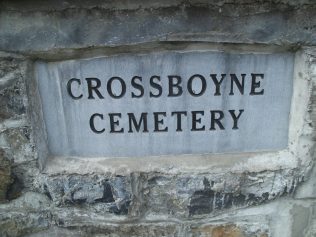 Conor O’Kelly was born at the O’Kelly family home on the Square, Claremorris, County Mayo in 1873. His father, William O’Kelly, was a draper. O’Kelly grew up in the era of the Land War and the economic crises of the late 1870s and 1880s; and these events undoubtedly left a lasting impression on the young Mayo man. Castlebar Prison Records tell us that at the age of 28, O’Kelly was 5ft 5.5”, 142lb with brown hair, blue eyes, a fresh complexion; and a number of distinguishing marks on his face and neck. Though O’Kelly’s life was short he managed to secure his place in Irish history as a patriot and defender of the rights of tenant farmers.

O’Kelly was a member of the Irish Parliamentary Party (IPP); and a supporter of Parnell. In 1892 he was involved in the establishment of the Young Ireland Society but this organisation did not endure. Though O’Kelly was a very popular public representative he did not find favour amongst the Catholic clergy and was denounced by Archdeacon Kilkenny.  From 1892 to 1895 O’Kelly was in the United States where he crossed paths with Michael Davitt. On his return to Mayo he was appointed secretary of the Claremorris Branch of the United Irish League (UIL); and he ultimately became President of that movement. He also held the position of Chairman of Claremorris Council and in 1899 was elected Chairman of Mayo County Council.

In 1900 O’Kelly moved up to the bigger stage when he was elected MP for North Mayo receiving twice the number of votes of his nearest rival William Martin Murphy.  Between 1903 and 1907 he served as secretary of the IPP. In 1904 he again travelled to the United States, this time to secure funds and support for the UIL and the IPP. In 1906 he was returned unopposed to Westminster in the General Election. In the period 1906–1908 he secured important land reform outcomes for the west of Ireland in the context of the Dudley Commission on Congestion. In the 1908 Local Government Elections he was re-elected. In 1910 he contested the General Election in the South Mayo constituency, losing by a small margin. In a rerun later that year O’Kelly did not secure support to run as a candidate due, it is thought, to differences with, and opposition from the Catholic clergy.

The Case of the Tully Grabber

On 18th December 1901, O’Kelly was brought before a Court of Summary Jurisdiction at Castlebar, formed under the provisions of the Criminal Law and Procedure (Ireland) Act, 1887, on the charge of having taken part in an unlawful assembly at Tully near Belcarra.  Starkie RM sentenced O’Kelly to two months imprisonment without hard labour. The other Magistrate present on that day, Alan Bell, was executed on Sandymount Avenue, Dublin by order of Michael Collins during the War of Independence. Earlier in the month of December O’Kelly had led almost 200 people from the Chapel yard at Ballyhean on to Frenchill, and then to the village of Tully on the Pringle Estate near Belcarra. When the crowd and accompanying bands reached Tully they outflanked the small police force and set up a makeshift platform. O’Kelly delivered a speech denouncing the land grabber John Garvey (James) who lived in the village. O’Kelly, Michael Horan of Bridge Street, Castlebar, Martin Staunton of Kiladeer, as well as John Garvey (Long); and John Garvey (Laheen), both relatives and neighbours of the grabber, were also charged, convicted and imprisoned.

Tully had been and was at the epicentre of a vicious struggle between the tenants on the Belcarra Estate and Harriet Gardiner up to her death in 1892, and then Susanna Pringle. The trial, verdict and prison treatment of Conor O’Kelly at Castlebar Prison were all discussed in the House of Commons and the subject of extensive press coverage. Large crowds and bands gathered in Castlebar during the trial to support the accused necessitating significant numbers of police.  After the sentencing, and in response to a question from Patrick McHugh MP for North Leitrim, George Wyndham MP had the following to say about O’Kelly’s detention:

Mr. Conor O’Kelly, who was committed to Castlebar Prison on December 18th 1901, under sentence of two calendar months imprisonment for unlawful assembly, was liable under Rule 24 of Local Prison Rules for the first month of his sentence to sleep on a plank bed. He slept, however, on the plank bed for only three nights after his committal, being then supplied with a mattress by order of the medical officer. He has been confined in his cell for 22 hours out of the 24, getting the usual period of two hours exercise in the open air as required by subsection 9, section 109, of 7 Geo. IV., cap. 74. The medical officer has not ordered him any further period of exercise on the ground of health. The diet prescribed by rule for prisoners sentenced to imprisonment without hard labour for two months is class 2 (b) diet for one month and class 3 (b) diet for the remainder of the sentence. These approved dietaries are prescribed under the General Prisons (Ireland) Act, 1877. The medical officer during the first month of Mr. O’Kelly’s sentence made the following changes of diet:—Tea in lieu of cocoa for breakfast, 8oz. of bread in lieu of potatoes for dinner, and 8oz. of bread extra daily. During the second month of his sentence the medical officer directed that the class 2 diet should be continued instead of class 3, and that the extras already mentioned should be continued with the addition of one pint of milk extra daily. The governor reports that when Mr. O’Kelly became entitled to third-class diet he requested the medical officer to allow him to continue on second-class diet with the extras, as he said that diet agreed with him, and his request was granted. There are no “convicts”—i.e., prisoners sentenced to penal servitude—in Castlebar Prison. Mr. O’Kelly is subject to the same rules in respect of reading and writing materials, visits, and letters, as other local prisoners. He is entitled to the use of books from the prison library and a slate, but not to newspapers, nor is he entitled to visits or letters during the term of his imprisonment. He has, however, by permission of Government, received one visit from a solicitor on the 6th instant. The governor further reports that, had the prisoner desired to write a letter on business or family affairs of an urgent nature, he would (under the authority vested in him in such cases) have allowed the prisoner to do so, but that the prisoner did not express any such desire. Mr. O’Kelly, a few days after his committal, applied to the Prisons Board for permission to procure certain educational works not in the Castlebar Prison Library, with a view of continuing his University studies. The Board, in order that educated prisoners should not be at a disadvantage by being in a small prison with a limited library, directed that a supply of educational works (mathematics and classics), containing several of the books applied for, should be sent from a larger prison to Castlebar Prison. Mr. O’Kelly has been exempted from the obligation of wearing prison clothing, having been permitted under Rule 28 of the prison rules to wear his own clothing. Mr. O’Kelly, having availed himself of the provisions of section 16 of the Act 19 and 20 Vict., cap. 68, was exempted from labour. Had the prisoner not chosen to avail himself of this exemption he would have been employed five or six hours daily at out-door labour. Mr. O’Kelly, while being treated as the law requires, has applied for and has been accorded every concession allowed by the law.

Justice of the Peace

In 1899 O’Kelly had been dismissed as a Justice of the Peace when he expressed support for the Boers in the Boer War against Britain. His public speeches got him into difficulty again in 1906. In July of that year the House of Lords, in the context of a debate concerning the Justices of the Peace Bill, discussed the appropriateness of certain Irish Magistrates acting as Justices of the Peace.  Lord Muskerry brought the attention of the House to:

…..the disloyal and violent speeches of certain magistrates in Ireland, and to the manner in which they had incited the people to commit illegal and criminal acts; and also to the fact that certain of those magistrates were members of disloyal organisations, and had attended meetings of these bodies, where not only disloyal but also illegal and criminal proceedings were advocated; ..

In support of his argument Lord Muskerry made reference to a speech of Conor O’Kelly MP:

On May 27th last, Mr. Conor O’Kelly, J.P., addressed a meeting at Callow, near Swinford, County Mayo, held for the purpose of intimidating a local bailiff named Thomas Durkin, popularly known as “Tom Watt.” And this is what Mr. O’Kelly said— There are many grabbers in Mayo, but what did we do with the grabber of Ballyhean? And what did we do with Padden down in Erris? They prosecuted us for that also, but it failed. They will have to prosecute us again if this wretched creature does not give up the land he should never have touched. If you mean business, let no man in this parish be contemptible enough to have any dealings or any intercourse with Tom Watt. The immediate result following this speech was that on June 4th; Thomas Durkin found his mare dead, mutilated in the most shocking manner, apparently with a knife.

Five years after the events at Tully, Conor O’Kelly was using the boycotting of John Garvey (James) of Tully as an example of how “land grabbers” should be dealt with. His time in Castlebar Prison had not dampened his enthusiasm for the cause. O’Kelly was back in court again in 1905 on charges of coercing a tenant who had taken the land of another evicted tenant but he was not convicted.

Conor O’Kelly died at the age of 42 on 13th October 1915. His funeral was one of the largest ever seen in County Mayo.  There is a memorial plaque in his honour at Crossboyne Graveyard where he is buried.