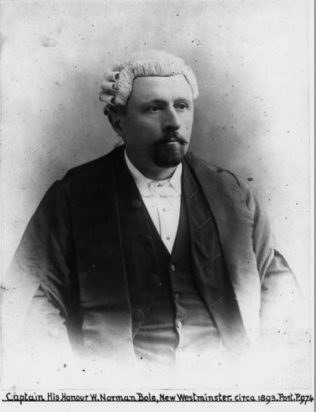 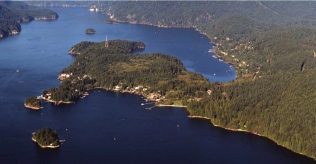 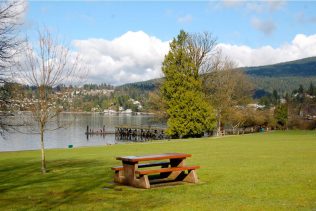 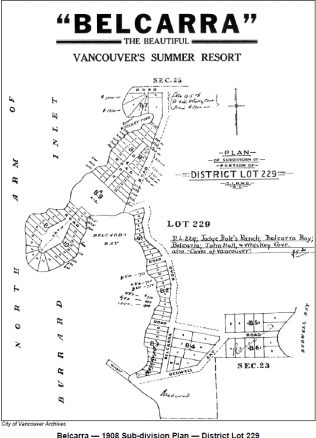 William Norman Bole was born in Castlebar, Co. Mayo on December 6th 1846. He was the son of John Bole and Elizabeth Jane Argyle, and was educated in Dublin, graduating in law at Trinity College. In 1877, he arrived in San Francisco, en-route to Queensland but, having missed his ship, Bole changed his plans and traveled to Victoria, Canada.

Although still intending to travel to Australia he was persuaded to stay in British Columbia, there being no other lawyer in New Westminster, and to commence practice there. The temporary arrangement became permanent, and Bole soon became the senior member of the New Westminster bar. He married Florence Blanchard Coulthard, on February 26th, 1881, and they had two sons, Garnet Seymour, who died in childhood and John Percy Hampton Bole (1882–1966). In 1884 Bole became New Westminster’s first police magistrate, and in 1886 he was elected as New Westminster’s representative in the BC Legislature where he “manfully stood-up for the rights of his constituency”. He was appointed a Q.C. in 1887, became a Bencher of the Law Society in 1888, and a year later County Judge of the Supreme Court.

One of William Bole’s more famous trials concerns the defence of a fellow Irishman by the name of John Hall, who was the first white settler in the area of British Columbia known as Indian Arm, and was accused of murdering the mother of his common-law wife, a member of the First Nation. John Hall had aquired a large tract of land in the area in 1870 under the Land Ordinance Act, whereby any British male subject could pre-empt one hundred acres of Crown Land. He must then dwell on his claim for a period of four years and improve it by at least $2.50 per acre.  For $1.00 per acre he could then apply for legal title for the pre-empted land. John Hall built a house, planted a garden and an orchard on a piece of land, known locally as Dead Horse Bay, which had been partially cleared by members of the First Nation, and in 1882, the title was registered to his name It was alleged that John Hall had shot and killed the woman, known as Mary Dish (Mn-Shaat), whilst she was visiting her daughter. In evidence, an employee of Halls testified that Mary had stolen some money from John and attempted to run away. The employee had chased after her and retrieved a $20 gold piece, allegedly stolen, from inside her blouse. It was claimed that she was trying to flee in her canoe when Hall shot her through the breast. She died instantly.

When William Bole was assigned to defend John Hall, it was common practice at the time, to use goods or property to part pay any legal fees, and when Bole had visited the murder site, he immediately fell in love with the area. A deal was struck whereby the title to the land was transferred to Bole “in payment for legal services rendered”. The trial took place in New Westminster before Judge H.P.P. Crease on November 27th, 1882, before a jury of six people. John Hall did not testify on his own behalf, but Mr. Bole put several witnesses on the stand to testify to Hall’s good character. He also used a witness who testified that the type of rifle John Hall owned was prone to malfunction.The witness said it was difficult to tell whether such a rifle was loaded or not. Such information was offered to suggest that perhaps the murder had been accidental. Apparently Hall’s faith in his lawyer’s reputation was not misplaced for rather than face the gallows, as was the more frequent punishment following a murder charge, Hall was found guilty of manslaughter! The Judge’s journal shows that Bole noted Hall to be 63 years old, a good churchgoer and that he left two orphan children. The jury sentenced him to 7 years of hard labour. Soon after the trial Bole placed money in a bank account for John Hall to use upon his release from prison.

Thus it was that William Bole acquired the deed to D.L. 229, and subsequently named his new property Belcarra. Bole pre-empted a further one hundred acres of Dead Horse Bay, incorporating it into Belcarra. It is not known how long or often the family stayed at Belcarra, nor whether they built a house there. Probably the land at Belcarra was a summer retreat for the Bole family as it was for many other well-to-do Vancouverites. Judge Bole’s son, Percy, returned to Belcarra in 1934 after being wounded in World War 1. Despite the beautiful sounding name, Belcarra for years was known as “Judge Bole’s Ranch” and was a popular place for picnics. Bole also was responsible for another local place name — along similar lines — Carraholly. Carraholly Point is a small area along the south arm of Burrard Inlet about one mile east of Admiralty Point. The family who lived at Carraholly Point would have been among Bole’s nearest neighbors.

In the many cases with which he was connected in a private capacity, Bole exhibited the possession of every faculty of which a lawyer may be proud —skill in the presentation of evidence, marked ability in cross examination, persuasiveness before the jury, a strong grasp of every feature of the case, the ability to secure a favorable ruling, an unusual familiarity with human nature and the springs of human conduct, and last but not least, untiring energy. He had a brilliant career as a criminal lawyer and defended with marked success many notable criminal cases.

He gained the nickname, the “lightning justice”. Judge Bole was an excellent marksman and a yachtsman. He took an active interest in the militia, achieving a rank of Captain of No. 1 Battery, B.C. He was also a Bencher of the Law Society, Chairman of the Dominion License Commissioners and president of the Board of Trade. The Judge was also a “born orator” (Source: Supplement to the New Westminster Columbian, December 1903) and therefore a popular speaker at the laying of the foundation of the Carnegie Library in New Westminster around 1902. Judge Bole died in New Westminster on April 7th,1923.

The story is told that one day Judge Norman Bole was driving his horse and buggy to town and he met his friend Patrick, also Irish, walking to town. His Honour stopped and offered Pat a lift. They hadn’t gone far when His Honour asked:  “Pat, did you ever stop to think that you would be a long time in Ireland before a Judge would stop and pick you up?”  Pat’s quick come back was:  “Yes. Yes your Honour, I have thought of it but your Honour, did you ever stop to think you’d have to be in Ireland a long time before you would be a Judge?”

Judge Bole’s choice of the name of Belcarra appealed to many and was to be adopted officially over a century later by local residents for British Columbia’s newest municipality. At that time it was assumed that the name had been invented by William Bole, but the local council learned from a visiting priest from Ireland that there is a village called Belcarra lying only a few miles from the town of Castlebar, the birthplace of the judge. In 2007 Bruce Drake, a councilor from Belcarra B.C., and his family visited Ireland and his hometown and Belcarra, County Mayo were officially twinned.

by Barbara and Dave McNulty