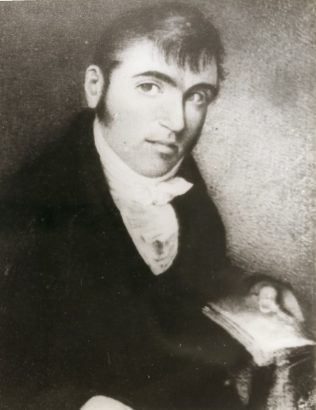 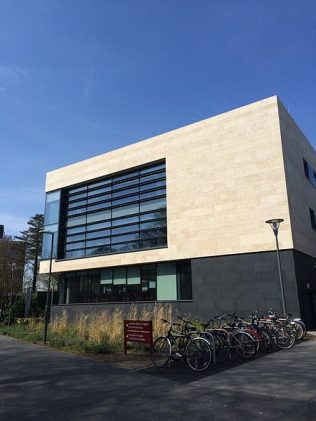 The library in the National University Of Ireland, in Galway (NUIG) is named after it’s famous former librarian, James Hardiman. The library is mainly used by students but also provides many historical collections and archives for researchers, one of the most notable being the Landed Estate Database. [i]

James Hardiman was born in Westport in 1782, in what was known as Mulloy’s hardware store on Shop Street. His mother was Marcella Hall, a nurse from Mayo, but it is believed that his father was a native of Meath. [ii]

As his father owned an estate outside Westport, Hardiman would have had a private tutor, he also attended Classical Colleges. His first job in Dublin was an assistant attorney. He was trained as a lawyer which resulted in him becoming a sub-commissioner of public records in Dublin Castle, where he assisted in compiling the archives of the Irish Parliament under British Rule until 1922, e.g. material from Kew Archives, papers relating to the civil war, politics, rebellion, judicial proceedings etc., [iii]

James family hoped that through classical education he would be a candidate for the priesthood, which was normal for such students at that time. However because he suffered an eye injury following an accident when he was young, he had to get a special dispensation from the Pope to enter the religious orders. By the time this was granted, Hardiman had already started to work in Dublin and his interest was in historical research and translations.[iv]

John O Donovan, the scholar from Kilkenny assisted him in researching and compiling State and Legal papers for the public records collections. It was Donovan who transcribed the Annals of the Four Masters. [v]

Hardiman was a member of the Royal Irish Academy. He rescued many examples of Irish Traditional Music and because he could speak both Irish and English he was responsible for transcribing many works of poetry and ancient Irish writing and various publications. [vi]

James Hardiman granted 10 acres of land in Errew, in 1839 which he donated to the parishioners. In July 1840 Archbishop McHale presided over the  laying of the foundation stone for Errew Franciscan Monastery.  The local residents helped to build the monastery with some contributions collected from generous benefactors. Daily hundreds of locals worked on this school, until Br. Bernard McGarry and Br. Paul O Donnell opened it in 1842 to teach the children of the area, 260 pupils were attending in 260. Errew Monastery became a seminary. James Hardiman visited regularly to lecture and support students. [vii]

Queens College was opened in 1849, its president Mr. Kirwan, invited Hardiman to become his advisor, and legal advisor to the College. This resulted in creating a rift between Hardiman and Archbishop McHale who was anti-british establishments of education. He was offered a professorship but he accepted the post of Librarian in 1855. Queens College is now known as NUIG (National University of Ireland, Galway.) [viii]

James Hardiman wrote a comprehensive History of Galway up to the 19th Century, which was published in 1820, there have been newer editions printed. He also published a book of poetry and songs entitled “Irish Minstrelsly” in 1831, and “Ancient Irish Deeds and Writing” in 1828. [ix]

Hardiman died suddenly in November 1855 while at work in his Galway office. His funeral procession was described in the Evening Post, “Professors and students paraded walked in academic costume to the Royal Galway Insitute, …at 2pm they preceeded to the Abbey where Hardiman was interred in the Abbey”.

The Will of James Hardiman