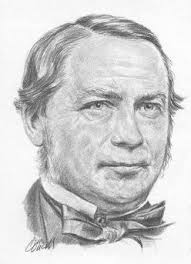 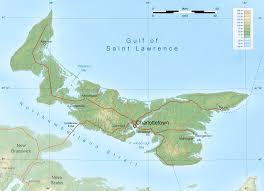 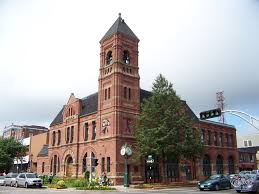 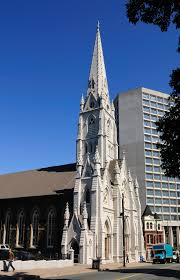 This is a report on an Irish emigrant who was honoured by the peoples of Nova Scotia also Prince Edward Island for his work on their behalf.

Edward Whelan was born in Ballina, Co. Mayo during 1824  His father was an infantry man based at the Military Barracks in the town.  (Reilly Terry 2012 Yew Plain Publishing. Ballina) [i]

Edward Whelan was born during 1824 at Ballina Co. Mayo.  He was son of a soldier in the British infantry at the local barracks. [ii]

It is recorded in Canada by two conflicting reports that state that (A) he emigrated with his parents to Halifax Nova Scotia in 1888 (Peter Mc Court)  (B ) W. L. Cotton Managing Director of Whelan’s Newspaper (Founded in 1847 at Charlottetown) claimed that he arrived with his mother also younger sibling during 1831.  Edward Whelan penned during 1855 that ‘enjoying in his mother’s rights the fruits of no small amount of property he was never placed in (an) abject condition.’  On the recommendation of Joseph Howe: Edward Whelan sailed to Prince Edward Island.  (Reilly ) [iv]

Edward Whelan became known during his teen years as a speaker at the mechanics’ institute also at the Young Men’s Catholic Institute, (an organization established by O’ Brien a teacher of elocution & a well-known platform orator in his own right) [v]

He was married twice.  To Mary Weymouth (daughter of George A. Hughes of the Halifax Dockyard) 1845.  They had two children who died at a young age.  Following the demise of his wife he re-married Mary Major Hughes (ceremony was performed by a Church of Ireland clergyman)   They had three children but two died young while the third child’s demise occurred (age nineteen years) while sailing in Charlottetown Harbour on 1st July 1875.  (Reilly) [vi]

Five months following their marriage his first wife Mary Weymouth (a widow eleven years his senior died on 15th Oct. 1845 (following the birth of a boy who also appears to have died shortly afterwards):  his two daughters by his second marriage predeceased him.  His son Edward (the only child to survive him) later perished in a drowning accident on Dominion Day 1875 at twenty years of age (on the threshold of a promising career in journalism) The Island Argus  reported that the son’s funeral was ‘one of the very largest ever witnessed in Charlottetown.’ [vii]

He edited the Nova  Scotia  newspaper.  He worked on a Catholic newspaper The Register with editor Rev. R. O’Brian.   Edward Whelan eventually succeeded to the editorship himself. He was also editor of the Royal Gazette.   Edward Whelan was editor of the previously Tory Morning News  during May 1864.  (Tory was later dropped)   He published The Palladium  in 1843: his motto was ‘The Liberator of the press is the Palladium of the Civil, Political and Religious Right of a Briton.’   He produced The Union of the British Provinces during 1865. (Reilly) [ix]

Edward Whelan was a talented orator.  He obtained his speaking skills as a member of a society founded by Fr. O’Brien of the Young Men’s Catholic Institute also the Mechanics Institute.  He became identified with those who agitated for reform of the political system that controlled  the family compacts in the maritime colonies.  A leading member of various local communities i.e. Mechanics Institute, the Charlottetown Repeal Association, Benevolent Irish Society also the Catholic Young Men’s Institute. (Reilly  [x]

Edward Whelan’s rise to fame was meteoric.  During 1864 he was chosen (aged twenty – one) as a candidate to represent King’s County Second District in the House of Assembly.  He became an outstanding Member of the Liberal Reforming Party that won responsible Government for Prince Edward Island in 1851.  He acted as a staunch exponent for free education; he opened the first Training College for Teachers on this smallest & poorest Island in the area on 1st October 1856.  Edward Whelan advocated with explanations & by his defence of the Major Liberal Acts of the 1950’s; the Free Education Act, Extension of the Franchise also the Land Purchase Act that he worked tirelessly for.  During 1864 Edward Whelan was conferred as a Father of the Confederation.  He was speaker for responsible Government in 1880.  Edward Whelan was bitterly disappointed when he lost his seat in the April 1867 by-election of 1867 as the result of ‘The Land’  & ‘The Union’  questions.  He became a delegate to the Quebec Conference.  He continued to promote the Union in The Examiner.  [xi]

Over the summer & autumn of 1867 his health slowly deteriorated: http://www.biographi.ca/en/bio/whelan_edward_9E.html

When Edward Whelan was aged forty – two years his demise occurred on 10th December 1867.  He is interred in a Catholic graveyard on St. Peter’s Road in Charlottetown. (Reilly) [xiii]

Edward Whelan’s demise occurred on 10th December 1867 in Charlottetown, P.E.I.  The name of Hon. Edward Whelan is still cherished by the people. [xiv]

A tribute in verse appeared in The Examiner  with the signature of the ‘Mourner.

The first & last lines appeared as;

They lowered him gently down

To rest with the silent dead

And on his grave the falling snow

The sense of his trustful zeal

And thus to lessen the bitter woe

The bereaved ones surly feel. [xv]

A plaque has been erected to his memory in Charlottetown: https://peigs.ca/edward-whelan-1824-1867/

Several years following Edward Whelan’s death James Hayden Fletcher (himself an accomplished public lecturer) stated that  Edward Whelan ‘As a popular orator, we doubt if the Island has ever witnessed his equal.’  One of Whelan’s later associates wrote that as an orator he was ‘brilliant, impassioned, exciting. He had the faculty of seizing at once upon the minds of his hearers, and carrying them along with him. . . . His language was always correct, well chosen, and gracefully delivered.’ [xvi]

A speech by Edward Whelan in 1866 to The House of Assembly may be viewed at this link: https://tc2.ca/sourcedocs/uploads/history_docs/Confederation/P.E.I.%20and%20Confederation.pdf

His house on the corner of Sidney and Hillsbourgh Street in Charlottetown was destroyed by fire in 1876 with the loss of his personal papers, his library and manuscripts.  However his Newspapers also Records of Proceedings of Prince Edward Island Assembly provide a comprehensive or detailed picture of his views. [xvii]

James Hayden Fletcher stated that Whelan was ‘a popular orator, we doubt if the island has ever witnessed his equal.’  Fletcher recalled during 1900 that he had read every number printed of the Examiner.  He came to believe ‘that it’s Editor Edward Whelan was the greatest man that lived on the Island and I am still of the same opinion.’ [xviii]

There is no evidence to sustain the story Thomas Kirwan repeated in an otherwise excellent obituary article in The Summerside Progress  (Summerside, P.E.I.) of 16th  Dec. 1867 that ‘Mr. W.’s first essay in publishing was made in one of the western towns of Nova Scotia.’   Papers of Edward Whelan are referenced on this site: P.E.I., Land Registry Office, Land Conveyance Registers, liber 54, f.390. P.E.I., Supreme Court, Estates Division, liber 7, f.399 (will of Edward Whelan, 7 Dec. 1867) [xx]

He is referenced in the Macmillan dictionary of Canadian Biography 1978, 4th edition edited by E. Stewart Wallace (Macmillan of Toronto Canada) on (pages 881 / 882) according to this site: www.collectionscanada.gc.ca

This site has information on Edward Whelan: https://en-academic.com/dic.nsf/enwiki/258740

Edward Whelan was referenced by Tom Gillespie in A Mayo Outlook ( page 29) of The Connaught Telegraph  6th July 2021 in his full-page article titled Ballina man became father of Canadian Confederation.