His Contribution to Community. 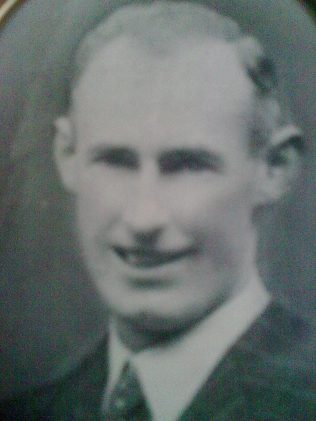 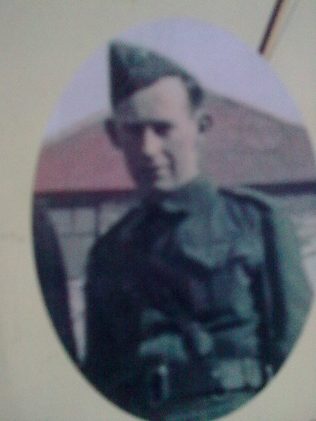 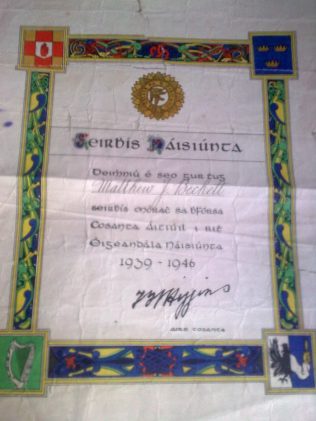 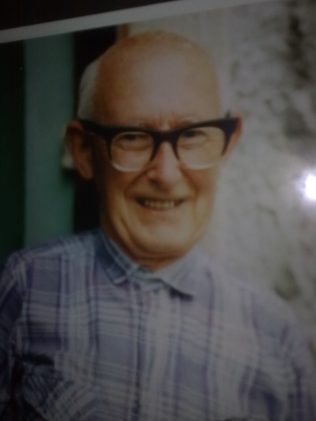 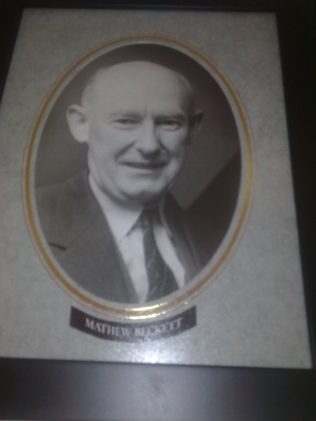 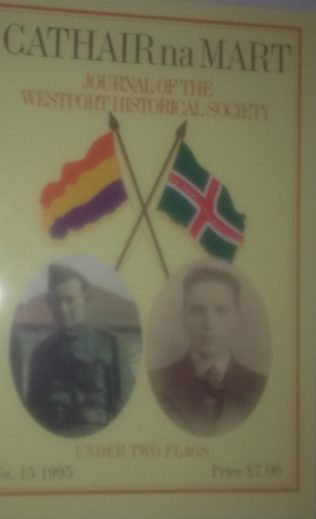 Matt Beckett was born on 27th January 1914 in Westport, the eldest son of Matthew and Catherine (Kate) Beckett. Matt’s mother was daughter of Bridget Mc Greal, Newforest and John Lavelle, “a patriot” a businessman, an auctioneer also a town commissioner of Shop Street, his paternal grandfather was Matthew, from Kilkenny City who was owner of a licensed premises on Fairgreen (Sold by Beckett family to Gibbon’s family during 1907 now called Toby’s Pub).   His paternal grandmother was Margaret Malone from Aughagower. He had one brother, Jack, they lived at Davitt’s Terrace prior to his mother’s demise while he was just nine years old.  His aunt (his mother’s sister) assisted his father with caring for the young siblings.  He married Maura Dunne,daughter of John Dunne and Agnes Brandon, Blackrock, Dublin.  They reared a large family in Westport.

He was an avid reader with a very large library at home and kept a catalogue. Matt was an intellectual who during his lifetime wrote many articles for newspapers in Ireland, other foreign countries and America.  His personal writings were a gift to his family (diaries discovered after he died) that included his personal experiences, his beliefs, his family, Civic Committees, The Spanish Civil War, Politics also many reports on the World’s History of his time. “He wrote in the local Mayo News (under his pen – name Emjay) many articles i.e . As I See It, Down Memory Lane, While I Think Of It”.  His career path took him from clerk in Hugh Staunton’s & Co, James St. as a manager of the McGing’s Mills on James St., to Purchasing Officer with Seafield Gentex until his retirement.

As a young man, Matt went to Spain, to fight on O’Duffy’s side in the Spanish Civil War. In his diaries, he wrote; “We went to Spain to support Christian’s (Catholic) if you will call for aid against Communistic Anarchy.”   He travelled alone by train to Dublin, then by sea to Lisbon from Liverpool before crossing overland to join the Irish Brigade, the ‘Bandera’, in Careces. While in Spain he became a corporal, later serving as Quartermaster’s clerk, previous to becoming secretarial assistant to Capt. Paddy Quinn, in one of the four comparios in which the ‘Bandera’ was organized. During  June 1937, the Irish Brigade returned to a public appreciation, Matt recalled the splendid reception that he and his compadres received when the Town Band met them at the railway station on their return to Westport for a parade through the town.  Matt’s artifacts, plus a copy of pages of his diary are displayed in Clew Bay Heritage Centre, The Quay, Westport.

During his time, Matt’s Civic Duties were very important to him as can be seen from his legacy to those organizations.  Matt was an active member of the local L.D.F. (the forerunner of the F.C.A.), for many years he served as an officer in charge of the Westport Unit.  Matt spent time assisting people as a member of The Pioneer Association, the Legion of Mary, St. Joseph’s Young Priest’s Society also the St. Vincent De Paul fraternity.  He served as a town Peace Commissioner.  He served on all positions of Westport G.A.A. Board, was a Mayo Team Selector plus Chairman of Mayo County Board.  Matt was a Fine Gael member on Westport Urban District Council for many years, but his personal position was that politics had no place at the council table, that it was the for the betterment of the town that they all served. During his time at U.D.C. he served eleven terms as chairman.  He served also as a delegate to The Municipal Authorities of Ireland for many years: he was the first Westport man to become President, then to bring the association’s annual Conference to Westport, later he became an associated life member of that association.

He retired from the council in 1973 but maintained his close interest in all matters relating to the town and its people.  He was a founder member of Westport Credit Union in 1964, later served as a treasurer, subsequently as a director. Right up to his untimely demise he attended the weekly meeting of Westport Credit Union as he had done for the previous twenty-seven years!!  He was the nominee on the vocational board for about twenty years plus was chairman of Westport vocational school board of management.  Matt was instrumental in obtaining a Civic Library situated at the Demesne for Westport, in which he suggested it be called St. Mary’s Library, due to its close proximity to St. Mary’s Crescent and the Church.  During his later years, Matt was involved with many Church activities, also on local neighbourhood committees.  He set up a Catholic Library in St. Mary’s Church.

“In his peak years; the fifties and sixties he may have been regarded by many as a “Great Man”!  He showed many characteristics and qualities which made him a leader.  He showed he had the courage to take risks, to confront others, to work out conflicts and to act on his beliefs.  He was an active listener, was open and caring and had respect for the people he worked with and represented.  He had a personal strength and confidence but was never overbearing.  He was also committed to the aims and objectives of each group he was involved with.”(2)

This unique gentleman throughout his life lived by his Family motto – Prodesse Civibus – (Translation: To do good to one’s fellow citizens).