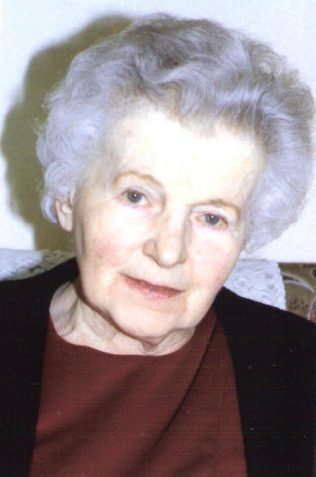 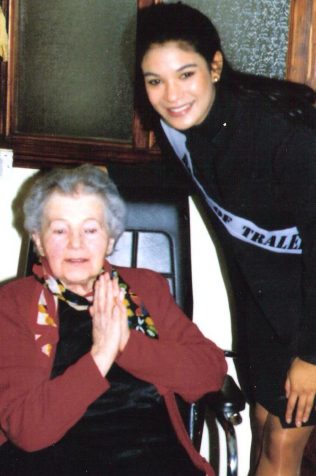 zoom
Mary with the Rose of Tralee
O'Brien Personal Collection 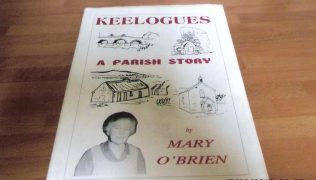 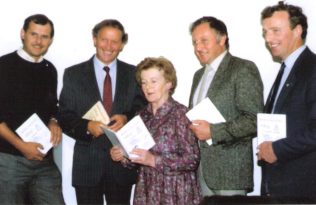 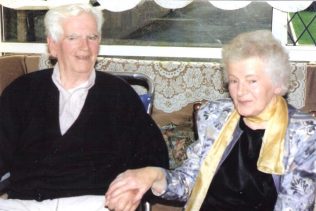 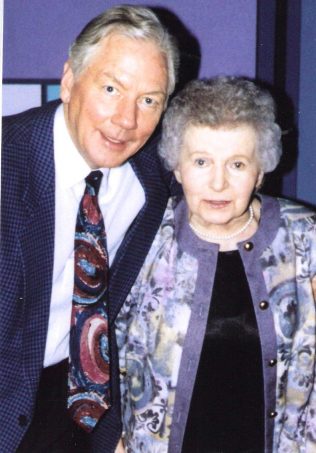 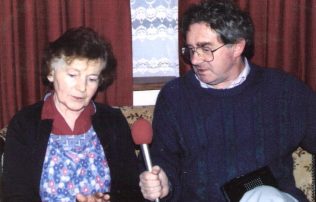 ‘It is unfortunate that in our search  for a better way of  life so many of our traditional values had to go.’ This is the closing line from a piece ‘The kitchen garden o former years’ written by Mary O’Brien which is copied below. It was originally published in The Bohola Post in 1984.

My mother Mary O’Brien, nee Kenny lived all her 89 years in the village of her birth Knockatemple, Ballyvary. Her great passion was history, both national and local. She had no formal education apart from her years in the local Loughkeerane national school where she was taught by two great teachers , sisters Miss Kathleen and Mrs Warde – she then became self-taught from reading books, newspapers and absorbing every detail therein.

Her love of history and reading meant that every birthday present or Christmas present had to be a history book and once she took it in her hand it was read to the end in a matter of hours. She had the ability to retain the knowledge–historical facts and dates were second nature to her. If a visitor came to the locality to research their family tree they were immediately sent to our house and she would take on the project with gusto, checking church records, visiting graveyards and to my knowledge she never failed to uncover the information. I often think now (had she been born 10 years later) about the enjoyment and wonder she would have found from being able to search the internet for any information she needed. Finding the 1911 census at her fingertips would have been better than a lottery win .

In 1989 she published a history of her local area –Keelogues, A Parish Story, painstakingly researched over a long number of months. This book can now be used as a reference book in the county library. During the early 80’s she gave a series of radio interviews with Donnacha O’Duailing  for his Highways and Byways programme. In these programmes she recalled life in the rural areas in her younger days and discussed such topics as the matchmaker, making poitin and customs surrounding birth, marriage and death etc. Donnacha became a personal friend–like most people she met on her way. Neighbours and friends spent long afternoons in her house listening to tales of local folklore and happenings of long ago.

Mary died in January 2005 and is buried in Straide cemetery, along with her hero Michael Davitt.

‘The Kitchen garden of former years.’

A well stocked kitchen garden played an essential part in the survival of country folk in the early 1920’s. Keeping it so, often proved to to be time consuming for the man of the house and he was happy to hand over responsibility for it’s welfare to the granda, who was considered too old for heavy farm work.

Each home in the townland had one of those walled-in, well cared for gardens, usually adjoining the farmyard. During the spring and summer months it was looked on as the holy of holies from which hens, geese, children, ducks and above all the mother hen and her brood of growing chickens were excluded.

Granda’s temper was usually on edge trying to keep that lot of predators out. But breaking point was reached when visiting children, in the excitement of playing a game of hide-and-seek forgot the strict ruling and ran helter-skelter across his neatly made up ridges looking for a place to hide. His lack of mobility and his rheumatism saved many a child of the twenties from a severe trouncing.

Modern farming methods have succeeded in removing all traces of those lovely kitchen gardens of sixty five to seventy years ago. The supermarket shelves now provide produce washed, packaged and ready to use.

Time was when the visiting town cousins went home with the ‘well’ of the side car laden with boxes of freshly grown onions, crinkly cabbages and flowery potatoes and for good measure a jam jar filled to the brim with juicy blackcurrants to keep the kids happy.

Over the years our kitchen garden has gone the way of all kitchen gardens, yet it’s memory is ever green because sometimes in my dreams I find myself as a kid of four or five years climbing over the style, walking past the old rose bush and the nastrisiums spreading over the high stone wall to the west, past the rowan tree at the corner, past the cherry tree, the gooseberry and the unwanted elderberry tree growing by the north wall, or under the big ash tree with the alder beside it at the north-east corner. The willow, or sally rods which would later provide the scallops for thatching, the rods for the potato baskets and turf hampers as well as that hated object – the well seasoned rod on the mantelpiece occupied a triangular corner at the end of the garden. Next came the ridge of potato onions with the plot of garlic beside it and close to the wall a row of blackcurrant bushes almost smothered by huge leaves of rhubarb fighting for air space. The centre ridges were planted with early potatoes and early York cabbage.

Some years ago the two ash trees were cut down for firewood, the walls were removed to provide road filling and the base levelled to enlarge the adjoining meadow field. All that remains is the solitary alder tree with it’s knarled and twisted branches spreading out in all directions. The base of the silage pit now covers the site on which the currant bushes, the rhubarb, the onions and cabbages once grew, reaching across the garden centre almost to the base of the alder tree, the sole survivor of an almost forgotten scene.

“It is unfortunate that in our search for a better way of life so many  of those traditional values had to go.” (Mary O’Brien)