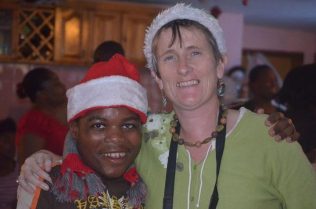 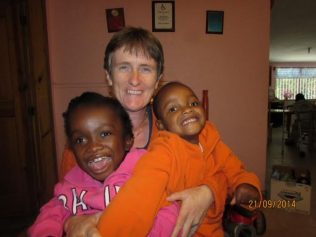 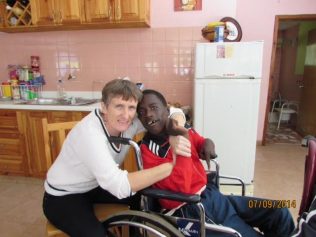 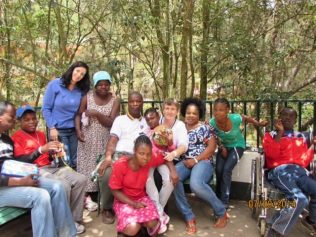 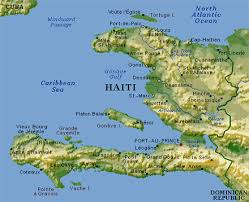 “This job and my whole life,” says Mayo woman Gena Heraty, “is about loving and losing. It’s about opening your heart and putting yourself into these children and losing them and then loving again. It’s about transforming pain into something beautiful; that’s what we do.”
Gena Heraty has been in Haiti since the early 1990s. She went there after spending some time working for the Simon Community in Dublin, having always felt drawn to doing something meaningful in the world. An acquaintance in Simon told her about the Nos Petits Freres and Soeurs programme in Haiti, a country she couldn’t even have found on the map at the time.

When Gena went to Haiti, the programme’s ambition was to build a home for children with special needs who had been abandoned. Now, with Gena as director, the programme runs four facilities that give levels of care and therapy that would be the envy of many services in the developed world. They work to keep kids with disabilities with their families, in a country where, she explains they are routinely abandoned and “humiliated” as useless and disposable. It’s hard work, but it’s harder work changing the culture of contempt in Haiti and near impossible work to raise the money to keep their services alive.

“The problem is both to do with culture and poverty,” Gena explains. “But the main thing is poverty; because no mother would ever want to abandon her child. But if you picture a disabled child in Haiti, typically the mother will have five or six other kids. If that family has a kid with special needs, someone has to stay in and mind that child. And then there’s no money for food. And most people are only eating one meal a day anyway, if they’re lucky. So then this child becomes a burden.
“My dream is that every child and family in Haiti with special needs will have services and won’t be abandoned and shunned and rejected,” Gena says.

Growing up near Westport, Gena Heraty always believed that there was a mission for her, somewhere out there. “For as far back as I can remember,” she says, “I was interested in the developing world. In our church at home, we’d have people coming home from the missions and they’d come in to the school, and I remember thinking, ‘I could do that.’ “It was also in my head that if there was a God in this, he must have a job for me,” Gena continues. “Because if God made me, then he or she should find something for me. So my prayer all through secondary school was for God to find me a job. And at the end of secondary school, still no sign of a job. I remember being out shaking the hay saying, ‘Come on now, God, I need some direction.’”

With no sign of direction in sight, Gena followed her sister to University of Limerick, where she got a degree in business studies. By the end of the course, she was despairing of what to do next, when she heard about a place in Dublin where they ran courses preparing people for voluntary placements in the Third World. Gena approached them and they advised her to undertake some voluntary work in Ireland first, and that led her to the Simon Community. During her time there, Gena met a fellow volunteer who had been in Haiti, where he had been working with abandoned children with severe disabilities, for whom they were trying to build a home. He asked Gena if she’d come and help.

“I said, ‘Yes, but I have no qualifications. I’ve no experience with handicapped kids,’” she explains. “He said, ‘If you are able to work in Simon, you are able to work there.” And so, off  Gena went to Haiti.
When Gena arrived in Haiti, she was brought to this tiny house in the mountains where the abandoned children with disabilities were housed. There were only 3 children there when she arrived, as the others were in Mexico for treatments.“It all seemed so bleak,” Gena recalls.
One month later, the six other children returned to Haiti. “I thought, ‘Oh my God.’ I knew nothing about this, nothing about autism, or cerebral palsy or anything.’”

On the transport back to the mountains, a little girl called Eliane sat on Gena’s knee. Gena made it her mission to make Eliane laugh, and she did. That connection with Eliane, who had hydrocephalus and had numerous operations and was very sick, became the turning point in Gena’s life.
“I thought, ‘For as long as she’s alive, I’m never going to abandon her.’ It was sealed for me. This was my spot in the world.”
Eliane died in 1997. “That was the first disaster for me,” Gena says, “when she died.”
Children whom Gena and her team have loved and laboured for have died since and it has been hard every time. But the triumphs, no matter how small, make up for the trials.

“My mission is to give a First World service in a Third World country,” she says. But, for that, Gena Heraty needs support from the First World.
“We get by on small donations,” she adds. “One million people giving a euro each is €1m.” She explains that they have no speech therapists at the moment, that they have let go three Special Needs Assistants in the last year and scaled back various operations. They need to raise $500,000 in the next year to get things back to a level that Gena would be satisfied with, and that’s not even starting into working on building a vocational educational facility for young adults.
“I never accept that there is no hope,” says Gena. “My attitude in life is that if I was in that position; what would I want? Not what’s good enough for someone in Haiti, what’s good enough for anyone in that position? You have to aim for the top. No matter where you are.”

For more information, or to donate to the NPFS special needs program,