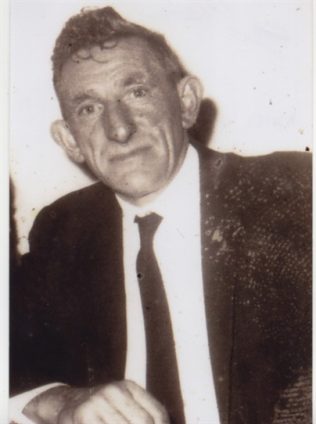 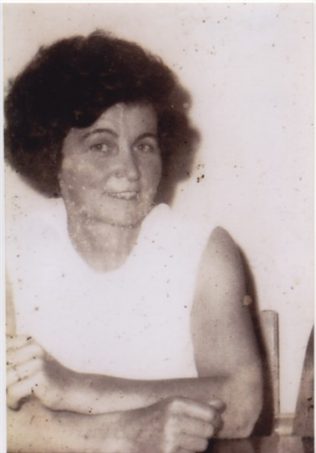 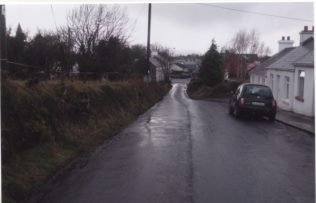 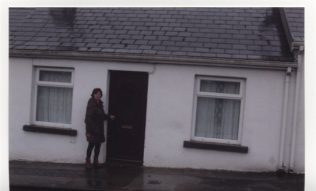 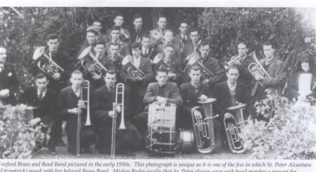 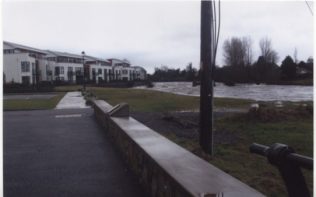 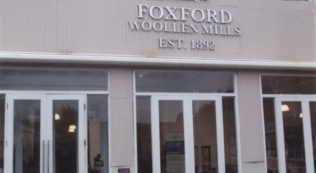 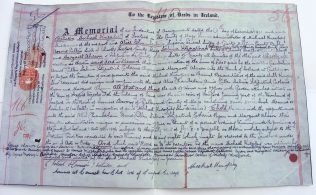 Background of the Kneafsey Family

Like many other Donegal Catholic families, the Kneafseys (or Bonners as they are known in Donegal to-day) and their stock were driven from their Ulster home to poor infertile land in Mayo during the Cromwellian Settlement (1654-1660). Land was rationed out at three acres per cow and four acres per horse. That is how my forebears happened to end up in the town of Foxford, on the east bank of the Moy. Foxford had not yet developed as a town; only a cluster of thatched houses in Belass on the other side of the river. Even before Mother Morrogh-Bernard and the Irish Sisters of Charity came to the aid of those displaced people c.1891, the Kneafseys were an enterprising family, they owned a plot of land with a small pub (or Sheebeen) on the grounds of what is known to-day as the Providence Woollen Mills Complex.

My great grandfather was Michael Kneafsey. My grandfather was also a Michael Kneafsey. He was born in the Town of Foxford in 1875. He lived on Pond Road (known later as Providence Road) and worked as a cow man for the convent in the 1911 census. He had at least two brothers, Pat and Edward and one sister. The family had a small public bar where the Convent National School stands now (it was the lunchroom when I went to school there). The land where the Mills stand to-day was owned by my grandfather and his brothers and they sold it to the Irish Sisters of Charity. My grandfather was also a Civil Bill Officer. My granduncle Eddie Kneafsey’s land was used as the local sports field around 1900.

My Grand-mother Bridget Mc Donnell came from Straide but the family were evicted at the time of the Land League from her home. Bridget and her sister Mary got a cottage in Aikenhead Terrace just outside the Town of Foxford. It was there that she met my grand-dad.

My dad another Michael the youngest of the family was born in 1914 in Foxford- a flourishing town that developed beyond belief due to Mother Morrogh-Bernard’s faith in Divine Providence. Not alone were the material and spiritual needs of the inhabitants met but also their educational and cultural needs were catered for. He was educated at the Brothers Primary School until he was twelve years old. At that stage he went working for the nuns as a farmhand. At that time, his father worked in the mill.  Everyone in those days had to work themselves up. There were three other siblings in my dad’s family; John and two sisters, Maisie the eldest, and Kathleen who due to Rheumatic Fever in her youth became Deaf and Dumb and eventually was institutionalised. My father bought land from the nuns in Irishtown, Foxford for which he paid 2/6p a week for a number of years. He had the house built before he married my mother Julia Ruane in January 1948. Thrift and saving some of their wages were instilled in the workers by the nuns.

After his father died in 1944, my dad continued on the job of a Civil Bill Officer. Maisie his eldest sister died at the age of 38 years in 1952. Dad was very good at Drama and Music. He was a drummer in the Foxford Brass and Reed Band and travelled all around the west of Ireland and also for Corpus Christi processions. He was known as “Dan” in one of the Drama Plays called the “Play Boy” and he sung the Wild Rover and The Stone Outside Dan Murphy’s Door in it, before he got married.

Julia Ruane born 28th January 1917 was the daughter of John and Ellen Ruane, Rinanny, just one mile outside Foxford. She had four other sisters and one brother. She attended the Convent National School in Foxford.  She left school at the age of 12 years when her mother got a stroke while her father was in England. So Julia had to take care of her mother and the house work.  Her brother Jack had to look after the farm.  She had two older sisters Mary and Agnes who worked in the Mill.  The sisters were both “weavers” and the two youngest Ann and Kathleen were at school.

When Julia reached 15 years of age her older sisters wanted her to join them in the Mill but she never wanted to work there.  She decided to go to England. One of the nuns in the Mill knew of a Convent in Maidstone in Kent a “Sister Home” to Foxford convent with a Boarding school. On the 16th March 1932 she left the Foxford train station with just a Name Tag and ten shillings in her bag. My mother did not talk too much about it, but she told me that one of the nuns met her at Euston Station. She” lived in” and worked in the convent for two years until her younger sister Ann joined her from Ireland. Then she left the convent and worked as a doctor’s secretary and the two sisters got a place to stay together. They came home once a year on holidays. In those days dances were held in the Marine Ballroom in Enniscrone and they used to cycle there occasionally. One night she had her first date with my father Michael in the local venue of The Browne Memorial Hall in Foxford. Dad worked in the Mill, and he went to school with her brother so he was known well, by the family.

While in England her dad died in 1943 so she came home and did not return. She worked in Dublin for some time, but got jaundice from lack of sugar which was scarce during the war. She came back home to recover and renewed her friendship with my father. They got married on the 28th January 1948 and settled down in the house he had built. When my father proved himself on the convent farm he was upgraded to the factory and worked as a carder in the Spinning and Carding room just like his father before him. They reared four children two boys and two girls. I carried on the tradition of working in the Mill for the third generation of Kneafseys from 1969-1980.  My job was checking the finished product and if necessary doing invisible mending in the Burling room before orders were dispatched.

Not alone did Mother Morrogh–Bernard harness the waters of the Moy that set the Woollen Mills in motion but she also attracted business men like, John Charles Smith, proprietor of the Caledon Woollen Mills, Co.Tyrone and Frank Sherry –his trainee manager, to come to her aid. But most of all she had the help and support of a down-trodden people who due to eviction, religious persecution and famine had been laid low from former glory, but their dignity or Faith could never be extinguished.