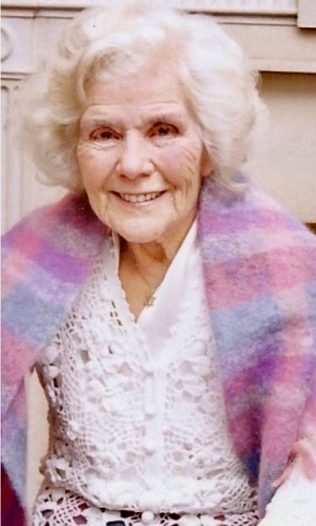 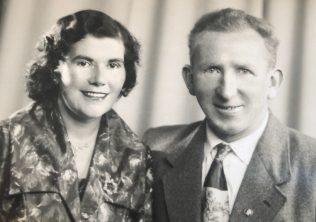 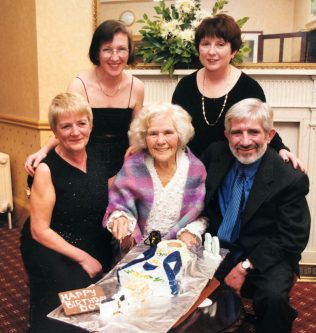 zoom
Dot Redmond pictured with her children, Mavourneen, Noreen, Patricia and Andy on the occasion of the civic reception accorded to her by Castlebar Urban District Council.
Tom Gillespie
Castlebar. Co. Mayo

For over 60 years Dot (Nora) Redmond (nee Kelly) was synonymous with Irish dancing and culture, having tutored thousands of Mayo children in the fine art of jigs and reels and many of her pupils have excelled at regional, national and world level.

At the tender age of 15, the Castlebar native, embarked on what was to be a whirlwind career. She travelled around the county on a bicycle where she taught the dancing steps to eager young dancers, while at the same time playing the fiddle to provide the accompanying music.

Times were tough but she persevered and eventually, after her marriage to Andy Redmond, she established the now renowned Redmond Academy of Irish Dancing.

She was deeply involved with the promotion and development of Irish dancing at national level also became an internationally recognised and respected adjudicator.

She was innovative in her approach to furthering the appreciation of Irish dancing and from the early 1960s she travelled annually to folk dance festivals across Europe.

Each summer she assembled the cream of her dancers and local musicians and set out for destinations in France, Belgium, Holland, Germany and Spain where they performed at a series of festivals.

These trips were onerous and time consuming as they involved being bussed to Dublin, taking the ferry to Holyhead, the train to the ports of Dover or Harwick and the ferry to Oostend or the Hook of Holland and the onward bus journey to the festival venues.

The amazing aspect of this was that she would have been the only adult in the group of about 20 dancers and musicians.

All of these trips were undertaken with two key ingredients – official greetings from the Chairman of Castlebar Urban District Council to their respective counterparts in the festival venues and the Irish tricolour, which was always borrowed from the Fifth Motor Squadron of the FCA in Castlebar and carried with pride across Europe.

Later in the 1980s the annual trips took to the skies as the group flew to new destinations.

Many, if not most, of the troop could not afford the cost of the trips and Dot and her team would spend months of fundraising so that no one would be left out of pocket.

Likewise, she carried emergency cash which was discretely distributed to any member of the group who was running short.

She continued to tour overseas and in 1993 realised a life-long ambition when she and a troop of dancers from Castlebar, Westport, Foxford and Claremorris, travelled to New York for the St. Patrick’s Day celebrations.  There, they performed at the annual dinner of the Mayo Society of New York and on St. Patrick’s Day they had the honour of leading the Mayo delegation down Fifth Avenue in the New York parade.  In front of St. Patrick’s Cathedral, Dot, was led through security to the viewing stand to present a piece of Waterford Crystal to Cardinal John O’Connor.

On the home front Dot continued with her classes and was a regular at feisinna all over Connaught.

Annually the success of her tuition came to the fore at the Connaught, Irish and World Championships, where her talented pupils excelled and in more recent years several of them have been cast in ‘Lord of the Dance’ and ‘Riverdance’.  Among her many admirers were Michael Flatley and the late Joe Dolan.

Since the success of dance shows her dancers were in demand for cabaret shows, wedding and charity functions.

But not everything was rosy as she and Andy strived to raise a family of six – Sean, Andy, Mavourneen, Patricia, Dominic and Noreen. Tragedy struck when their home at Balloor, Castlebar, was burned to the ground and the family lost all their worldly possessions.

Then in 1967 Andy passed away, leaving Dot with the task of raising a young family, while at the same time continually building up her academy.

Tragedy was again on the horizon when in 1976 her oldest son, Sean, was killed in a motoring accident in England.

Again, Dot rallied and not only accepted this cruel fate but took on the role of ‘mother’ to Sean’s four young children who she raised over the coming years.

But dancing was her life and Castlebar Urban District Council feted her family with a civic reception to mark a half-century of her involvement with Irish dancing, which was accorded on her birthday.

After she retired, her daughters continued, and still run the Dancing Academy.

Prior to her death she had been a day patient at the Sacred Heart Hospital in Castlebar, where she was looked after by a dedicated and loving staff.  Aged 88-years she died on November 13, 2008.

In the Connaught Telegraph of 2nd June 2020 (page 49) Tom Gillespie has penned an interesting article re Dot Redmond plus includes a photograph from 1693.