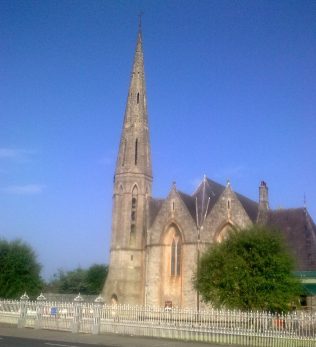 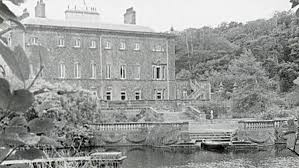 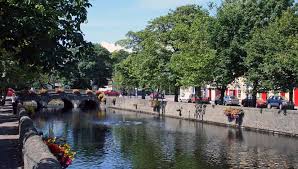 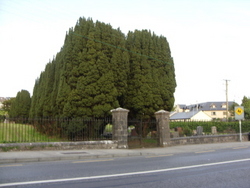 This elegant lady was an inspiration to several hundred children under her care.

Born during 1892 Mary Agnes Henderson, known as Molly; was daughter of Jones & Josie Ferris (nee McManamon) of Clogher in a rural area of Westport Co. Mayo.  She was sister of Harriet Rose.

She received her vocational training in teaching in Dublin.  There was a report from Easter Rising 1916 that she was caught up in the event; she sought refuge in a building but was detained & questioned.  Her words were ‘her memory stopped functioning.’  That traumatic affair ended with the order by Lord Sligo to return her to Westport by train.  But she suffered from post-traumatic stress for years.

Mary Henderson frequently visited her sister Harriet Rose at her school at Claremont, Dublin. She was Headmistress of Holy Trinity National School on Westport’s Newport Road.  She was a Gaelic speaker.  She had a vast knowledge of Folklore.

Her demise occurred during 1983.  She is interred in Holy Trinity Graveyard, Newport Road, Westport.

An image of Mrs. Henderson by June Bourke appears in this publication. (Dr. Huddy)

Have wonderful memories of Mrs. Henderson at various Afternoon Tea sessions in her house over the years.  Spent delightful hours in her beautiful garden walking, chatting in the beautiful garden.  She was an excellent hostess with a remarkably interesting humorous intellect.  (NBC)

She married Alfred Joseph Henderson (1887 – 1943) from Ballindine in Co. Mayo.  His story was interesting.  He left school at sixteen years old & emigrated to England.  By 1911 he resided at Newton by Chester.  He was employed as a Forester later obtained a position as a Woodsman at Chat Worth House (Seat of the Duke of Devonshire).  He secured a cottage in a nearby village.  When the Duke was posted as Governor General to Canada Henderson secured a post with Lord Sligo of Westport.  Wood Cottage on Newport Road was allocated as his accommodation.  Dr. Huddy recalled her Father Frank Ferris’s trips as ‘going into the wilderness to look how Uncle Alf’s plantations were going.’  ‘He was possessed by a desire to acquire extensive scientific knowledge concerning the management of large estates.’  ‘He knew how to raise seedlings in the most appropriate geographical locations.’  Also, that ‘sometimes, ‘reject’ plants appeared at the Wood Cottage garden especially the Cedrus Atlantica outside the front door.’ (Dr. Huddy)

She was an accomplished artist & sculptures with a liberal outlook who moved in bohemian circles.  Jessie recounted her story to Molly of the time she was sent to Canada to assist Lady Pelly; Queen Victoria’s daughter Louise’s Lady in Waiting.  Louise had an accident when a horse drawn carriage overturned.  When she recovered Jessie accompanied the royal party to a hunting lodge.  She surprized the indigenous inhabitants there by her travel in their canoes plus her fishing skills. (Dr. Huddy)

Harriet Rose / Haddy (1900 – 1993) or Haddy (as she preferred to be called) like her mother was an accomplished artist.  She was a Polymath, she exceled at various sports.  She was extremely interested in Natural History. (Dr. Huddy)

Her story by the author may be read on this link: https://www.ouririshheritage.org/content/archive/people/101_mayo_people/community-and-politics/harriet_rose_ferris

Information above from ‘The Henderson & Ferris Family’ in ‘Cathair na Mart Historical Journal’ 2029 No 36 by Dr. Mary Alice Huddy