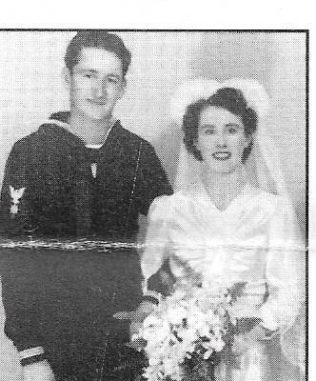 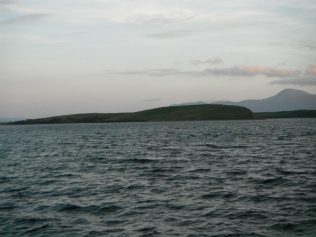 I was born February 6, 1921, in Ballycroy, County Mayo, Ireland. I was the eldest of nine children. My father and mother were farmers and owned several plots of land. Unlike the farms in the United States, the plots were not contiguous but separated. They also rented a small island in Clew Bay, where they pastured cattle in the spring and sheep in the fall. There was no bridge to the island so my father and brothers had to make the animals swim over and back to the main land. Of course this had to be done at low tide. My father’s mother Mary who was originally Connor from Mulrany lived with my parents and I can remember her smoking a clay pipe, which my brothers and sisters and I would hide.

Being the oldest, it was my job to look out for the younger ones, but I still found time to get up to mischief. One such time, Halloween, my brother Johnny and I took a cabbage up on the roof of the house and put it on the fireplace chimney. It was discovered in a hurry because the house filled with smoke. Trouble, trouble, trouble!

We attended the Catholic school, run by the Sisters of Mercy. The girls all had to take Home Economics and I can remember Sister Philomena used to say, “God help the man that marries you.” When I was 14, my father was making hay one afternoon when my mother noticed that he was sitting down by the fence. Realizing something was wrong, she rushed out. He had a heart attack; unfortunately, he did not survive.

When I turned 18, my brother Peter and I moved to Australia to live with my Uncle Peter and Aunt Rose. This was just before the second World War started. I did not get along well with my uncle and after a few months, I found a job clerking in a small grocery store and moved in with a family by the name of Cameron. In 1940, I got a job at the London Tavern as a waitress. Because of the war, there were many servicemen. In 1942, the Americans arrived; I disliked them, as they were such braggarts, and I never dated any of them. That is until I met Dilbert Forrest Barbee.

I don’t know when I decided I was in love with him, but he asked me to marry him and the Admiral gave us permission after a six-month period. My Aunt Rose tried to stop me from going, but I left for America on March 3, 1944. I went from Sydney to Brisbane by train, where I caught a troop ship going to America. During the trip, water was rationed, we got a bucket of fresh water a day to bath and wash our clothes. Women with babies could get an extra bucket of water each day.

After arriving in San Francisco. I caught a train to Grand Junction, Colorado, to live with Dil’s family. They treated me like I was the daughter they never had. After nine months, Dil retuned and we rented an apartment in Michigan. Our first child, Leonard Forrest, was born on September 3, 1945. Joan Margaret was born November 12, 1947, and Michael Patrick was born March 11, 1956.

In 1986, Del and I took a trip to Australia and spent three weeks getting reacquainted with the people and area where we met and fell in love.

Joined the navy as recruit and rose through the ranks to become captain of his own ship. This was most unusual as practically all naval officers started in a naval academy and progressed as officers.

Rose made several trips home to see her family in Ireland; Del captained an American navy yacht when President Kennedy visited Ireland in 1963.

Rose’s daughter, Joan, remembers her mother’s storytelling, her bridge parties and lots of laughter. As the wife of a naval officer and ship captain, she was the steadying influence who made sure that all the wives and dependents were cared for. She was always the life of the party – everyone loved her vitality and charm. They were intrigued by her Irish accent and infectious laughter. She was president of the wives club, organizer of the bridge club, volunteer at the Red Cross, team mother  she was always involved in her family and community. Rose loved to knit; she must have knitted more than 50 afghans. Family and friends tell Joan they use their afghans all the time and think of Rose.