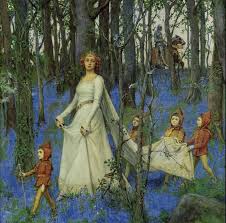 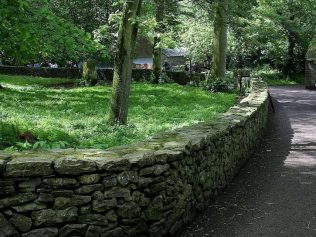 Every town and village in Ireland has their own characters and Mayo was no exception to this. Even in the recent past the Irish had great respect for the Fairies and were very superstitious in this regard. Mary Meagh came from Kilkelly, she was known as a Fairy Woman.

In rural Ireland all sorts of meetings occurred, political, religious, sporting and various entertainment like storytelling, dancing etc. Some of these were travelling actors and storytellers who were very welcome visitors in the long dark winter nights.

The shrill cry of the Banshee was associated with death. The crying women were often invited and paid by the deceased relatives to weep and keen around the corpse. In those days funerals went on for days with some feasting and drinking. A pooka was a fairy, who people believed foretold imminent death.

Frequent and welcome visitors were also travelling healers who supplied “cures” for all ills. Whether your complaint was stomach pains, ulcers etc., these travelling healers had all sorts of concoctions and remedies to treat your ills. Tales of miracle cures were discussed and these visiting healers would have crowds turn out to hear them speak and to buy their medicines and potions.

It was also thought that fairies had power to heal ills, but people also feared the wrath of the fairies. They were very superstitious and would often pray for the help of the fairy people if they wanted to place a curse on their enemies.

One such talented and welcomed visitor to Mayo Towns was Mary Meagh who it was believed was a Fairy Woman. Mary lived near Kilkelly. Women like Mary were regarded as very wise women who used local plants and herbs as cures. It was said that she had the skills of a healer given to her from the fairies. People travelled from near and far to seek her assistance for various reasons e.g.