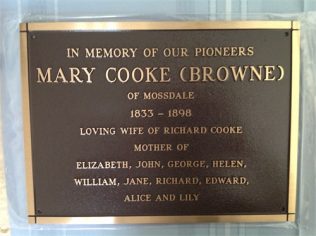 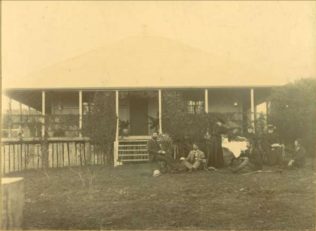 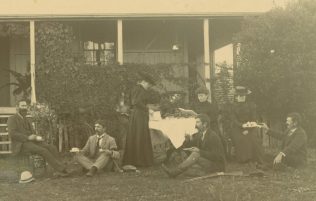 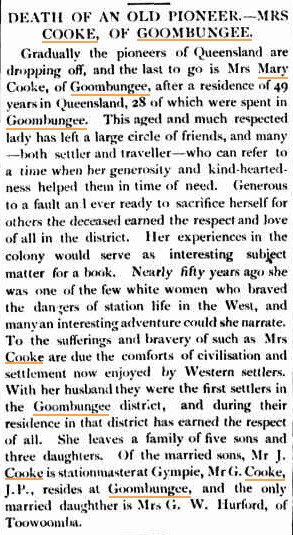 The Famine Orphan Emigration Scheme, administered by Colonial Secretary, Earl Grey, ran from 1848-1850. A total of 4,114 young women were sent from Irish workhouses to the Australian ports of Sydney, Port Phillip (Melbourne) and Adelaide. The scheme was devised in response to the need for domestic female labour in the growing Australian colony, along with the related issue of gender imbalance. This coincided with increasing numbers of young female orphans in the overcrowded Irish workhouses due to the worsening Famine. As a result, young Irish women were sent to Australia to be hired as domestic servants, and in time to become wives of the colonial settlers.

Of the 4,114 orphan girls sent from Ireland, 137 were from Mayo workhouses. The Mayo orphan girls were sent to Sydney and Melbourne.

Ballina workhouse was the only Poor Law Union in Mayo to send girls in the first year of the scheme, 1848, dispatching 47 girls on two ships, the Lady Kennaway to Melbourne and the Inchinnan to Sydney. In the second year, 1849, four Mayo workhouses participated in the Scheme. These all departed on the Panama to Sydney: a further 40 girls from Ballina, 25 girls from Ballinrobe, 15 girls from Castlebar, and 10 girls from Westport.

Mary Browne was one of the Mayo orphans who travelled from Ballina workhouse on the Panama to Sydney. The Panama was the last ship that carried Mayo orphan girls. It departed from Plymouth on 6 October 1849, and arrived in Sydney on 12 January 1850, with a total of 157 orphans, from Dublin, Carlow, Clare, Cork, Galway, Kilkenny, Mayo, Sligo, Waterford, and Wexford.

On arrival in Australia, immigrant ships were met by the Immigration Agent, and personal details of every immigrant was recorded. The orphan girls were then housed in depots until they were hired. In Sydney the Immigration Depot was located at Hyde Park Barracks, a former convict barracks.

Mary Browne stated that she was aged 17 when she arrived in Sydney on the Panama. The Immigration Agent recorded that she was from “Ballyna” (Ballina), and that her parents, Thomas and Bridget, were both dead. Mary was a Roman Catholic, and could not read or write. It has not yet been possible to trace Mary to her townland of origin. She may have been from the town of Ballina itself, or may have simply been stating that she was from Ballina workhouse.

The Immigration Agent also recorded that Mary Browne’s sister, Bridget Browne, was already in the colony. Unfortunately, the name of Bridget Browne’s ship is not recorded on the Immigration Board List. It is known that a Bridget Brown travelled on the first ship carrying Irish orphan girls from the Ballina workhouse, the Lady Kennaway, which went to Melbourne. Parents’ names were not recorded upon the Lady Kennaway’s arrival in Melbourne, but it is possible that this Bridget Brown was Mary’s sister. The reality is however, the two young women were sent to two different cities, nearly two years apart. As neither could read nor write, in all likelihood, if they were sisters, they probably never saw, nor heard from each other again.

Mary Browne was employed in northern New South Wales (NSW) by a Scottish settler, Dr. Colin Anderson, at Newstead Station, near Inverell, for a period of two years, at £7-8pa. Newstead Station holds an important place in Australian visual arts history as its shearing shed was the inspiration for artist Tom Roberts’ iconic painting The Golden Fleece (1894), originally called Shearing at Newstead.

Whilst at Newstead Station, Mary Browne met Richard Cooke, overseer at the Station. Richard was from Dundrum, County Tipperary and had arrived in Australia on the Anglia in February 1850. Mary Browne and Richard Cooke married in March 1853.

Mary and Richard Cooke had 11 children, eight of whom survived to adulthood. Two children, Elizabeth and John, were born at Newstead Station. The family then moved to different properties where Richard was employed as overseer or superintendent, including Wellingrove, near Glen Innes in northern NSW, and Warkon, near Roma in Queensland. Five further children were born during this period: George, Ellen, William, and Jane, and an unnamed male. Unfortunately three children died: the eldest, Elizabeth, the youngest, Jane, and the unnamed male child.

In 1868 the family finally settled at Goombungee, near Toowoomba, in the Darling Downs region of Queensland, where, with Richard’s brother, William Cooke, they established a property, “Mossdale”. The Cookes were pioneer colonial settlers; at this period there was very little European settlement in the area. The couple’s final four children were born at Mossdale: Richard, Edward, Alice, and Lily. Despite the vagaries of the Queensland weather, with its droughts and floods, the Cookes were successful cattle graziers at Goombungee.

In April 1898, Mary Cooke died at Mossdale, aged 65. In her obituary she was referred to as a “pioneer of Queensland”. The impact of her sudden death was captured by her son, Richard, in a letter to his uncle in Canada:

“Our greatest loss of all occurred on the 1st April 1898 when our dear Mother died after two hours illness, it was a terrible blow, and four of us away from home at the time, word was sent us by a lad on horseback when she first took ill and after a hard ride in the dark we arrived too late to see her in life.”

Two years later, in 1900, Richard Cooke died, aged 73. He too was described as “one of the noble army of pioneer settlers”. Sons Richard and Edward continued to live and work at Mossdale until it was sold in 1911.

In June 2013 a Cooke family gathering was held at Goombungee. With no headstones marking the graves of Mary and Richard Cooke at Goombungee Cemetery, the family decided to erect memorial plaques to these pioneering ancestors. Today, almost 800 people claim ancestry from Mary Browne and Richard Cooke.

From the destitution of a workhouse in Ballina, County Mayo, during the Great Famine, to a cattle station in Queensland, Mary Browne is a symbolic representative of the Irish orphan girls who became the pioneering mothers of Australia. In the words of Mary (Browne) Cooke’s great-granddaughter, Jan Gallagher, “…she was well loved and thought highly of… Mary was one of the lucky ones who prospered in her life in Australia”.

Many thanks to Mary Browne’s great-granddaughter, Jan Gallagher in Queensland, for her information and images for this entry. More information on The Mayo Orphan Girls can be found at www.mayoorphangirls.weebly.com.