'A Life On The Road' 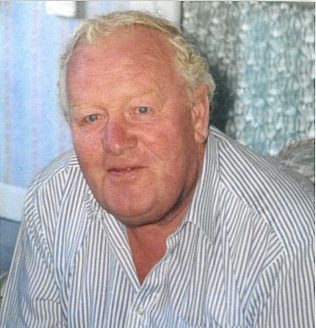 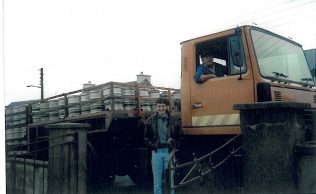 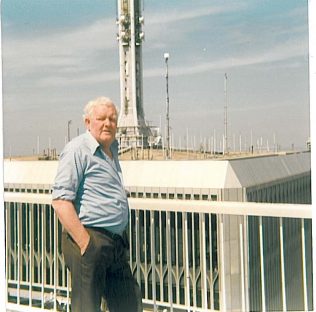 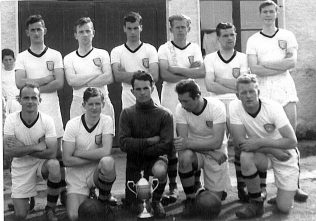 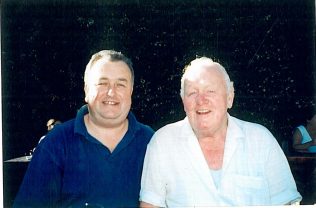 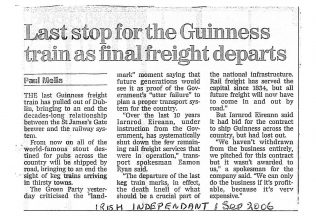 Michael was born at Quay Cottage, Wesport, son of Peter and Elizabeth O’Grady (1933). He attended St. Colmcille’s N.S and after school he played soccer at the Point and some years later played with Quay Hearts team.

The Summer after his 16th birthday he got a temporary job at the railway station, cleaning trains when out of service. They were all steam trains then, fuelled by coal. In the Autumn he was offered a job as a helper on the delivery trucks and that was the start of his lifetimes work with ‘the company’ as he called it, and CIE was his one and only employer until his retirement in 1997.

65 years ago nearly all goods came by rail as there were very few delivery trucks on the roads. At Westport railway station, which was the end of the line to the West, there were up to 12 trucks delivering sundries throughout West Mayo and West Connemara. There was a daily service to Achill island. A truck based there brought up freshly caught fish in the early morning to go on the first train to Dublin to the fish market. It then carried goods back to Achill, visiting different villages on alternate days. There were also deliveries to Louisburgh, Newport, Mulranny, Ballycroy and Currane.

The Gaeltarra Eireann knitting factory in Tourmakeady had a weekly collection service and there were regular deliveries to Clifden, Letterfrack, Renvyle, Cleggan and Leenane. On Thursdays a truck brought McGings travelling shop to the Killawalla area. Food and household goods were sold, including parrafin oil, and fresh eggs were bought from the farmers, for sale in Westport.

There were daily deliveries in Westport, to shops and wholesale businesses such as O’Malleys and O’Connells. There was a weekly service for factories, both delivering raw materials to the factories, and collecting finished garments for dispatch to shops throughout the country and also for export. Some of the factories were:- The Irish Sewing co. Ltd., the Shoe Factory, Popular Handkerchief factory, Lastra and the Cap factory. At the Quay there were Ranks flourmill, Pollexfens and O’Gormans Printing Works, all of which had regular deliveries and collections.

There was no forklift at the railway station then and all goods had to be loaded on and of the trucks by hand. Bags of cement weighed one hundredweight (8stone or 112lbs) and bags of fertilizer two hundredweight. Cement was delivered to various building suppliers and fertilizer to Wesport Co-Op, Morrisons of Louisburgh and Killadoon and to Sweeney’s and Lavelles of Achill Sound.

The work varied a great deal, apart from the scheduled service and Michael enjoyed visiting new places and meeting people. Sometimes he would do a run with the Weights and Measurements Sergeant of the Garda Siochana testing weighbridges, weighing machines in business premises.

Previous to an election day he delivered the ballot boxes, accompanied by a Co. Council official, to the various polling stations. After the close of the stations he collected the sealed boxes and brought them to the count venue, which was usually in Castlebar.

In 1971 when the Irish currency changed from £sd to the Punt he collected large boxes of the old coins from the different banks for transport to Dublin. He also used to collect bags of wool from sheep farmers to send to the Woollen Mills.

There was a government scheme in the 1960’s whereby rams and bulls were given to farmers and he delivered many of them throughout the country. He enjoyed a few days one summer in Leenane, driving cattle there for the filming of an advertisement for Kerrygold butter.

Furniture removals sometimes included overnight stays if the job could not be completed on the same day. In the 1950’s many farming families from Co. Mayo migrated to the better lands of Co. Meath and Co. Kildare. At least two trucks were needed for the transfer. Everything had to be loaded onto the trucks, household, farmyard equipment, cattle, pigs and fowl.

Other long-haul runs included, hides from McAleers to the tannery in Dungarvan, meat from Castlebar Bacon co. to Dublin Docks, pigs heads from Claremorris Bacon co. to ‘Purity Irish’ Belfast, seaweed from coastal beaches in Cork and Kerry to the seaweed factory in Newport. For a few years in September, boats from the Kilybegs fishing fleet fished the waters of Clew Bay and the catch was transported to Killybegs and Burtonport.

C.I.E Wesport did many long-haul runs on a periodic basis, which often involved staying overnight. In Dublin, the men were able to stay in the dormitories at Broadstone, which was very comfortable, but in many other places it meant looking for accommodation by knocking on doors late at night. The trucks were too old and liable to break down, which meant getting to a telephone to notify the nearest C.I.E garage and then waiting in the truck for the repair crew to come, and sometimes sleeping there too if it happened at night. Many a time he left before daybreak, expecting to return by night, but instead did not get home until the following night or even the night after that again.

Once he went on a run to the South and did not return for nearly a week, owing to breakdowns. No telephone at home meant no explanation for the prolonged absence, so it had to be a case of ‘no news meant good news’.

Gradually, as time passed, less goods came by rail as more firms got their own delivery trucks. As drivers retired at Westport railway station they were not replaced and many of the trucks were taken out of service. C.I.E Co. was broken up and freight was joined up with the trains and became Irish rail. Money became available to upgrade the rail system and new trucks were put on the road. By the 1980’s there were only a few trucks left, and when the driver of the Guinness deliveries retired, Michael transferred to it and so ended the delivery of sundries from Westport. Within a few more years that too ceased and was relocated to Claremorris railway station. It suited Michael just as well to travel to work there and he still visited Westport when he delivered Guinness there.

Michael worked hard outdoors in all weathers and received certificates for safe driving. He enjoyed his working life, travelling and meeting people, and often said he felt great every morning at the start of a new day.