His Time in England 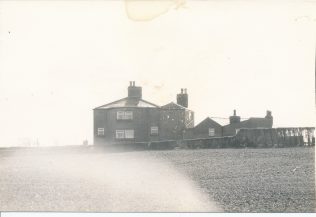 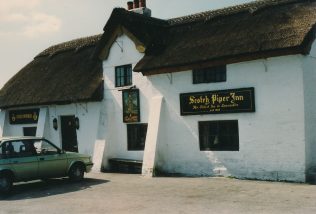 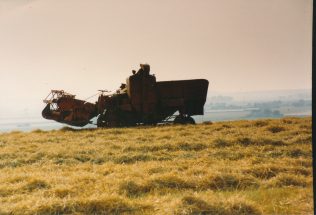 Patrick McGing was born in 1912. He was the youngest of 12 children, three boys and nine girls, and saw an enormous spectrum of change in his lifetime. This is conversation he had with his grand-daughters Ann- Marie and Margaret McGing about his time as an emigrant labouring on farms in England in the 1930’s, 40’s and later in the 60’s.

From the Mayo Mountains to the Lancashire Dales

Patrick decided to travel to England in search of work in 1932. A large number of his neighbours in Kinuary and across the nation were taking the boat to the UK at exactly the same time. The train carriages leaving Westport station were brimming with young men and women hoping to chisel out a better life for themselves in different corners of the world.  The journey across land and sea took Patrick to Lancashire where he spent the first of many summers working on farms in this area. The money he earned from this work supplemented the farm income in Ireland to a large extent.

Company for the journey and the time in Lancashire was mainly that of young men and women from the west of Ireland. On his first journey to England he travelled with his neighbor Paddy Higgins and in later years with  ‘Red’ Tommy Keane and Paddy’s cousin Dan McHale, both from Bohaune.

Once in England the job search would begin. There were a variety of ways in which to secure jobs depending on the skills you had or didn’t have.  For men of Paddy’s age the work was mostly in construction or agricultural labour. Jobs were advertised in newspapers and notices in different establishments in the Lancashire area, some people would have alerted the officials in the labour exchanges that they intended to find work in the UK and to keep an eye out for opportunities that might suit and others, as in Paddy’s case, got jobs on farms or sites that had employed friends or family members in the past. Paddy’s father, Michael McGing, had also travelled to England and had worked on some of the farms in the area paving the way for future generation so to speak.

Paddy found the work familiar as he had been raised on a farm and enjoyed working outside. In the 30’s and 40’s he stayed in Lancashire during the spring and summer months, planting, tending and harvesting large fields of vegetables. As well as tending to the crops the men also saved hay for feeding animals during the winter. The farms were vast and busloads of men were employed to work in a wide variety of jobs. Most Irish men were involved in manual work on the farms but if a farmer noticed that someone was keen to learn then they would give them more skilled work. Winter on the farms was quieter and involved looking after the animals. Paddy spent only summers on the farms and travelled back to Ireland for the other part of the year.

When Paddy returned to England in the 1960’s the work had become less physical and there was a noticeable increase in the amount of machinery being used on the farms. This was a double-edged sword; while it made the work easier it also meant that there was less work available. Most of the people working on these vast farms in England were English and Irish but in the 60’s Paddy also worked with German and Romanian labourers.   On his return to England in the 60’s the working day had been reduced from an 11 hour to an 8 hour day, and holiday pay entitlements and free medical care had been introduced.

The farmers who employed the Irish men were, in Paddy’s experience, decent and hospitable men who treated their workers well. Paddy worked for three farmers while in Lancashire, John Rimmer, Dick Cropper and Jack Harrison. These farms were all in close proximity to one another and labourers often moved from one to the other depending on the work that was available.

Paddy also worked on a state farm called Barton House, where if you didn’t pull your weight you would soon be let go! For the most part, labourers were paired and in Paddy’s experience ‘if you had a hardworing partner, you both worked hard and if you didn’t, well, then you worked hard!’ Paddy felt blessed to have worked for extremely decent men – he did hear of maltreatment of men and women on farms in England but didn’t experience any of it firsthand.

The reason people travelled to work on farms in the UK was to augment farm incomes at home. In the 30’s when Paddy first worked in England his earnings amounted to 35 shillings a week plus lodgings and basic board.  If you wanted meat or tea or basically anything that wasn’t produced on the farm then you would have to buy it yourself. There was little opportunity for overtime as employers usually felt it cost them in the long run as labourers would be exhausted and so depending on the level of activity the number of labourers would increase and decrease accordingly. The money was sent home by registered post to supplement the farm income and generally saw people through the winter months until labourers would return to England.

All work and no play makes for a meager existence! Although funds for socializing were limited if people had a few spare shillings they would have a drink in the local pub. Most of the time people relied on each other for entertainment and Paddy remembered lots of fun filled evenings with the people he worked and boarded with. They sang songs, played music, performed recitations, played cards and told stories. Occasionally, employers would give labourers the use of a field to hold a sports day.  The field was lined with bales for seating. Paddy remembers attending some of these occasions around Lancashire and hearing Achill Pipers playing.

Paddy spent 18 summers in England. Like many of his generation he had little choice in the decision to emigrate and while the money was welcome the heartache of separation from family and friends was unvarying in the emigrant communities in England.