Lives of Our Irish Ancestors: Cutting the Turf 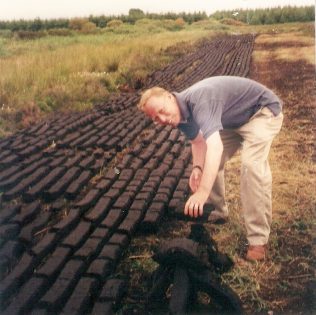 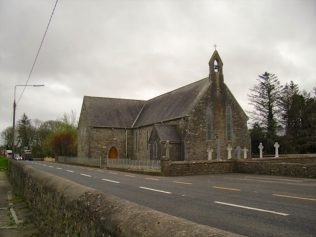 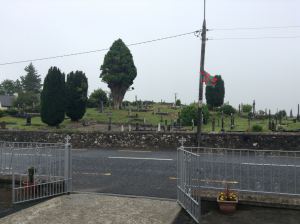 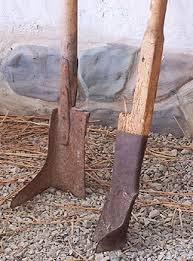 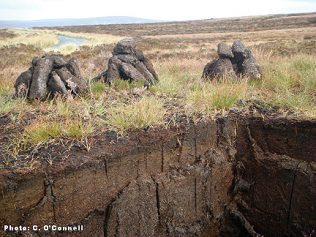 zoom
Drying out the Turf
www.ippc.ie 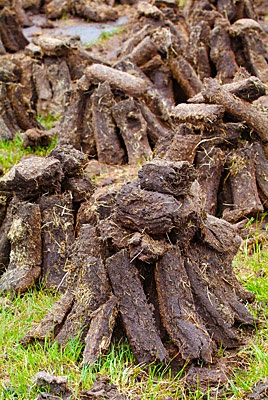 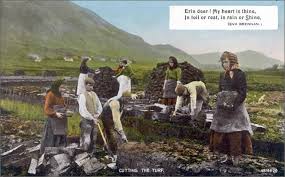 Sitting by the fireplace one cold winter day I started to wonder what life was like for my ancestors who lived during a time when a fireplace was an essential part of a home, a time when turf was the sole source of fuel for heating and cooking. I decided to learn about how the turf was hand-cut out of a bog, dried and brought home.

Ireland, unlike the Americas, did not have vast forests filled with trees to use as fuel. Instead, the people turned to using turf cut from the peat bogs that covered large areas of the landscape. Peat bogs are a type of wetland made up largely of dead organic matter that accumulated over thousands of years. Turf is a piece of bog that has been dried by the sun and the wind. This “sod” of turf is about the size of a full loaf of bread when it is cut out of the bog; when it dries, it shrinks to about half its original size. The section of bog from which a family cuts its turf is called a “bank.” A bank was about fifty feet wide.

Turf is actually a very good fuel source. It burns low and evenly, creates very little smoke and is less likely than wood to cause a house fire.

On a trip to the ancestral homeland of my mother’s family in Carracastle, Co. Mayo, I learned my ancestors owned a turf bank in a bog in the townland of Glosh, not far from their farm and cottage. According to Carracastle parish records Bridget Teatom, a sister of my third great -grandfather Patrick Teatom married Ned Edward Plover on February 22, 1857. It is believed that Ned’s family cut turf from this bank in Famine days, if not before, and it is still in the Plover name.

The Plover bank was in a “raised” bog. Generally when bogs are spoken of in Ireland they are raised bogs. “Blanket” bogs are found on mountains, while raised bogs are found in flat low lying areas that once were lakes. As the name implies, a blanket bog covers the land like a blanket. While they are far more common than raised bogs, they are usually only one or two feet deep. A raised bog while smaller in size can be up to fifteen feet deep. Turf cut from raised bogs is far superior to turf from blanket bogs.

In the springtime, when the weather started getting warmer, the process of cutting the turf began. It was hard work requiring skills handed down from generation to generation. Considering enough turf had to be cut to provide for the family’s needs for the year, it was a labour- intensive task that required the help of family and friends. Therefore, the activity of cutting the turf had a community aspect to it, and for many, “going to the bog” to work at the turf was regarded almost a holiday. Farmers enjoyed going to the bog because “a change (from farm work) is as good as a rest.” The fresh bog air gave rise to voracious appetites. The food brought to eat on the bog varied, but whatever it was, it was regarded as worthy of the finest picnic.

Each year the owner cut a bank measuring about fifty feet long by eight feet wide. The first thing to be done was to remove the top eighteen inches of the bog because that part had not yet been subject to the centuries of water stagnation and the weight pressure to create the bog beneath.

Holding the slane as one would a spade, the slanesman pushed down the full depth of the slane into the soft bog material. The spade part cut at the back and the wing cut at the side. The slanesman then gave a sharp twist, and the sod of turf broke free. The sod was thrown to a catcher, who caught the sod and placed it on a purpose-made wheelbarrow. When thirty sods had been placed in the barrow, it was wheeled out on to the “bottom” (a flat level place). Then, with practised wrists flipping the barrow, the turf was scattered gently on the ground. Here it would be left to dry in the wind and sun.

Meanwhile, after throwing the sod to the catcher, the slanesman took a tiny step to his right and dug in the slane again to cut the next sod. This cutting, catching and wheeling became one unbroken rhythm that did not stop until the slanesman had cut sods from the eight by thirty feet of bog that had been “cleaned” at the beginning of the process. Now, with one “floor” of turf cut, there was usually a short break to drink water and have a chat; no talking went on while the work was in process because it would only slow down or even break the rhythm.

After the break, the work began again with the slanesman starting on the next floor. In good bogs, there might be twelve or thirteen floors dug out before the sand at the bottom was uncovered. Since the oldest bog was at the bottom, the last several floors produced black turf, which burned hotter -but faster- than the “brown” turf which came off the first six or seven floors.

Once it had been cut, the turf could be “saved” within six weeks if the weather was ideal. During that time, the spread-out turf had to be turned over at least once. This was done with hands and bent back. When the turf was deemed sufficiently dry, it was made into small heaps, or footings. When the footings had dried, the turf was loaded into a donkey’s or pony’s cart and “drawn out” and made into a large reek at the side of the gravelled bog road, which might be as far as a half a mile away. The carts for drawing out were not loaded heavily because the wheels would sink. It was from this large pile that the turf was “drawn home.”

Depending on one’s wealth, the drawing home was done by truck or by a horse, pony or, donkey cart. Many women drew home the turf by “pardog” –a local Irish word for a turf basket made of woven willow -while their husbands were at their usual work. If the woman was unable to do this, the husband did it by drawing the turf home one load an evening or several times on Saturdays.

We do not know if the Teatom/Plover family sold any of their turf or just cut enough to provide for their family needs. However, we do know that during the 1930’s my cousin’s father, while attending Galway University , would come back to Carracastle during the summer to cut turf that he then sold to pay for his college education.

“Originally published in the Newsletter of the Irish Family History Forum,(November 2014-January 2015), www.ifhf.org.”