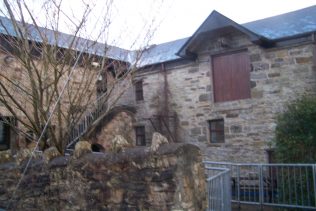 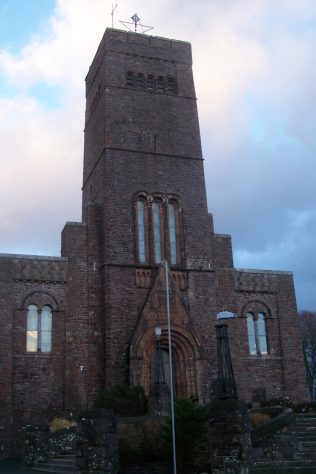 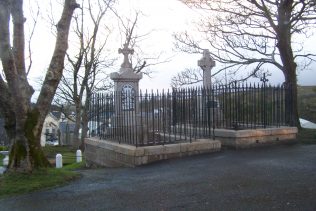 Following the devastation of the famine in Co. Mayo, one Newport merchant is renowned for his generosity and entrepreneurship and his endeavours to improve working conditions for people in his town, Newport. Starting as a small trader Martin Carey was to become Newport’s wealthiest man.

Many of the businesses and stores that were constructed by Martin Carey at this time still remain as viable buildings today, most notably his stores which are now known as the “Carey Walsh” building and house the South-West Mayo Development Company. He established an Agricultural Supplies business, a Grain Mill, General furniture and hardware stores. He also established a Saw Mill, a Builder Providers Stores and a Coal stores, the coal being imported into Newport Harbour. [i]

In 1906 Martin Carey appointed Mr. Patrick Walsh one of his shop assistants as manager of his Stores on the condition that he married another one of his staff Bridget Smith, a native of Co. Meath, who was the manageress of his drapery department. They married the week later, and Martin Carey left them the Timber Yard, Newport Mills, the Stores at Georges St, four Mill cottages, and the Furniture Stores in Newport in his will.

Martin and his wife Julia were among the local benefactors who assisted the Sisters of Mercy to come to Newport, to set up a convent and School in 1887.  They presented the sisters with gifts of large statues of our Lady and St Joseph to place outside their convent.

When his beloved wife Julia passed away in 1894 at the age of 64, her Niece Mary Ellen Lavelle lived with him as his housekeeper until his death in August 1909.

“Of Sound Mind and Body”

When Martin Carey died 1909, aged 85, he left “a bank account and personal estate valued at over 100,000” [ii]Additions of six codicils were added to his original will as he sought to reward various friends and locals and appoint them beneficiaries in the years before his death.

As Martin Carey had no children of his own, even his friend Arthur T Oram, who was a local Land Agent, was surprised when he read the will. (he was left some of the estate and some bonds).

His principal beneficiary was the aforementioned Patrick Walsh. There were other plaintiffs who had to prove the validity of his will when a niece (his sisters daughter who now resided in the US) of Martin Carey challenged whether he was of “sound mind and ill health” when he issued the will, and also questioned the relationship of Mr. Carey and Miss Mary E Lavelle, and whether she may have influenced him. [iii]

The Church in Newport was built in 1918, in his will Martin Carey donated 10,000 pounds towards its construction.This very fine Church is built on Barrack Hill which overlooks Newport, in its foreground appears another local feature, the viaduct with its many arches which was the main railway line from Westport to Achill, and under which flows the Black Oak River. At the 75th Anniversary of the Dedication of the Church in September 1993, prayers were said for “Newport merchant, Martin Carey, who had donated 10,000 for the building of the Church”. [iv]

A plaque was erected in St Patricks Church to commerate Martin, another plaque to pay respect to his wife Julia and his parents Daniel and Mary.They are buried on the grounds of the Church.