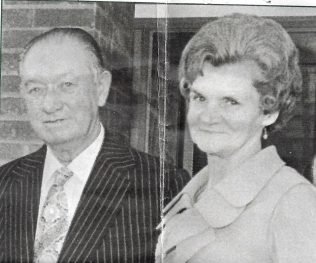 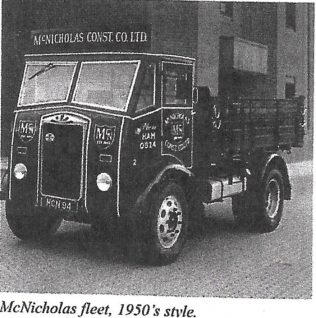 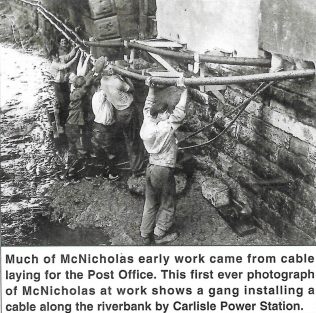 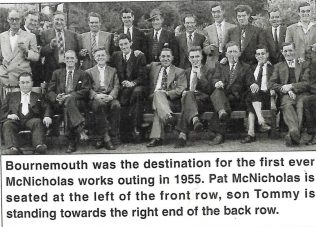 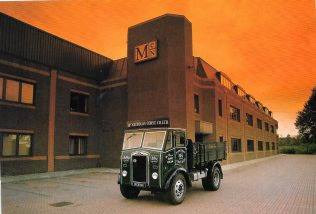 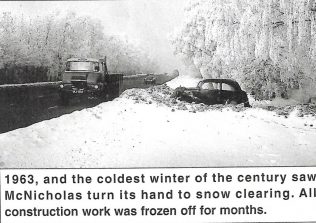 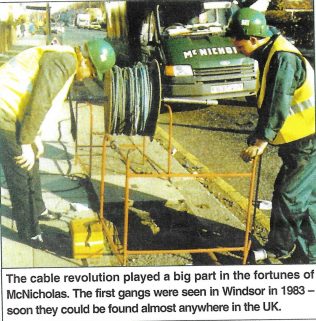 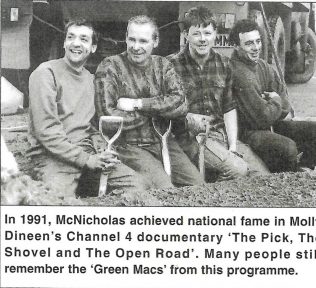 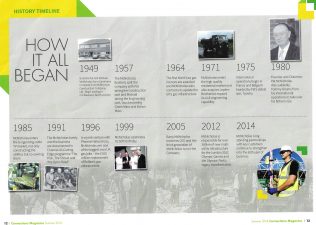 Pat McNicholas came up the hard way. In the early 1920’s at the age of just 14 he left Lismirrane to work on farms north of London. The eldest of eleven children from a family with 11 acres of poor quality land he had little choice. He learned his trade in the 1930’s with giants like Laings and McAlpine as a labourer on projects like the development of the massive Tilbury Docks in London.

The experience served him well. He witnessed everything, from conger eels eating concrete which had just been poured on its nest to old fellow countrymen committing suicide when they were replaced by modern machinery. Showing a keen eye for business, Pat bought the King George V café in 1938 located in a prime spot on the A1 main trunk out of London to the North.

The Making of McNicholas: The Beginning

Venturing into building by repairing bomb damage in London, he linked up with brother Michael in 1945 to form PM Brothers which later became McNicholas Construction. Based in a small office in Cricklewood, they started out as sub-contractor installing power cables, gas and water pipes. They were hard as nails and knew that life owed them no favours. But they were also shrewd and knew that hard graft and their skills in the burgeoning communications industry meant they would never be short of work. Trenches were dug by hand with pick and shovel. It was backbreaking hard work and cable winches had yet to be invented. Trenches could be anything up to 600 yards long and it wasn’t unusual for the brothers to employ 100 navvies for the grueling spade work. Usually quoted on price or day work, some of the trenches were 30ft deep- it wasn’t a job for the fainthearted.

As the company built a reputation for producing fast, high quality work, the contracts began to roll in. Huge cabling contracts were secured on what were then American aerodromes in Oxfordshire and Cambridgeshire. With the bigger jobs and technological advances, Pat and Michael decided to take the plunge and a ‘’Cleveland ‘’ trencher was purchased in 1952 and imported from America. The massive machine could dig up to 800 metres a day – the work of 100 men. A few years later the men were thankfully able to swap crowbars for primitive forms of compressors to use on road and rock excavation. They needed them. Less efficient materials meant electricity cables frequently self-destructed back in the 1950’s. Cable breakdowns usually occurred at peak ‘ overload’  periods –Saturday nights in the middle of winter when television became more accessible. In an emergency, gangermen would have to trawl round the pubs to cajole and persuade the men to abandon their hard earned pints and go out into the freezing night to open up a trench. It wasn‘t easy. Sometimes damage would be so bad the men would have to work for up to five days and nights, stopping only for meals. There was no sick pay or for days lost through bad weather.

Instead of the gleaming new fleet that characterises Mc Nicholas today , men were driven to sites by an odd mix of Craven A cigarette vans and former army ambulances. A couple of ford tipper trucks were added to the fleet in 1952- they cost £25 each, and the first new vehicle was a Bedford tipper bought in 1954.

Gradually the company that is today one of the biggest in Britain began to take shape. The two brothers decided to go their separate ways in 1957, when Michael started his own company – Mc Nicholas Cable and Engineering Ltd.

Today the two firms are distinguished by the green and brown livery of their fleet. In the early days, relatives, friends and neighbours formed a major part of the workforce. They were loyal and reliable and the result was the family firm has grown into the major organisation that now employs 4,000 people and is set for global expansion. The pick and shovel have come a long way……Literally thousands of people have worked for Mc Nicholas over the years.

Three generations of the McNicholas family have contributed to building the company to what it is today. Pat McNicholas headed the company for over thirty years and took it from strength to strength. Pat’s hard work was at least matched by his wife Doris. Like so many women, she juggled the business with being a mother and bringing up four sons, encouraging and supporting them at every stage of their lives. Yet she still found time to support Pat as his business grew- especially in the early days when she was an accurate and reliable book-keeper. Both Pat and Doris are remembered for the foundations they laid for the business and the impetus they gave it to become what it is today. Pat’s sudden death in 1980 meant that the reins passed to the next generation, sons Tommy, Kevin, Brian and Colin, by then were schooled in the ways of the company. Pat’s management style as far as his sons were concerned was that no one came into the business expecting an easy ride. Nothing was handed out on a plate and they had to work hard to get on. The third generation of Mc Nicholas is now in place with Kevin’s son Sean, Brian’s daughter  Emma, and Tommy’s children Steven, Barry and Lindsay all working in various roles across the company. Around them is another generation of rising talent, including other father-son and mother-daughter combinations, now working for a much larger company, but all infused with the spirit created so many years ago

Pick and Shovel Have Come a Long Way

The stereotypical image from across the water of the stocky Irishman  carrying a hod and working a spade on the sites of London is now obsolete.