Probably the Largest Farm in Ireland 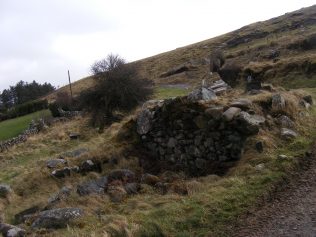 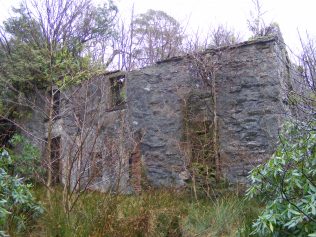 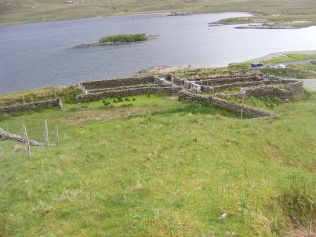 zoom
Houstons pens on the East of Doolough
Sean Cadden 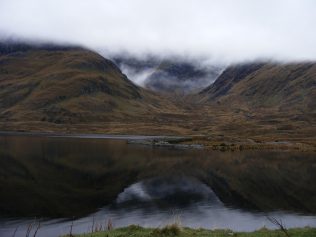 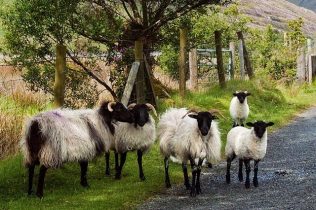 Probably the Largest Farm in Ireland

William Houstoun occupied about 40000[1] acres of the Marquis of Sligo estate as a grazing farm from May 1851. This was almost a third of the whole Westport estate. This farm stretched over 32 townlands from Derrycroff on the western slopes of the Partry Mountains across the Erriff valley, the Sheaffrey hills, the Doolough valley, to the sea at Dooaghtry a distance of 17 miles as the crow flies.

He also leased 5,200[2] acres in 1855 from Lord Lucan on the slopes of Mweelrea. The farm was approximately half of the peninsula between Westport and Leenane. He initially inquired with the marquis of Sligo in 1849 or 1850 if there was a tract of land on which he could carry 10,000 sheep, the marquis invited him to have a look and Houstoun said there was an area around Doolough[3] which would be suitable if the few scattered tenants could be relocated.

He paid rent to the marquis of £785 per year. The few scattered tenants turned out to be about 180 families with about 1,000 people displaced for the Westport estate portion alone. Some of those people did find accommodation locally but many of these people must have emigrated as the population surrounding townlands did not rise significantly in 1861.

In the townland of Ugool in the Tallavbaun area there were fifteen tenants in 1851 none were in arrears of rent. They had survived the famine and must have looked forward to better times. The marquis of Sligo rent ledger in 1851 had the note “will be let to captain Houston as soon as can be got in possession”. There was only one family herding there in 1861.

The Highlands of Scotland had suffered even more extensive clearances which had begun in Scotland in the 1790’s. Hill land suitable for large grazing farms was now scarce in Scotland. This made Ireland attractive.  These farms were stocked with Cheviot or Scotch Blackface sheep in both Ireland and Scotland.

The name is spelled Houston and Houstoun in different documents. In newspaper reports both spellings are used. You must search under each spelling separately to bring up all newspaper articles relating to the family.

That was the spelling used in the 1800’s today it is spelled Doolough.  When Captain Houston took possession in May 1851 he did not have a lease, John Plunket who had a lease on Delphi lodge would not give up possession and the lease was not signed until 1854. There was an option to renew the lease after 31 years. The lease was renewed again in 1883.  Relations between Sligo and Houston were very good as Houstoun had Dhulough house built in 1854 and was valued at £15 in the Griffith valuation before he signed the lease. The house was built on a south facing site on the eastern shore of Doolough Lake in the smaller Glenummera townland  with access to the house from the Glenummera valley. At that stage the only road from Westport to Doolough was the road through Drummin.

There were very few Scotch Blackface sheep in the country in 1850 and Houston had to import Blackface sheep from Scotland. Sheep farming was profitable in the 1850’s and his farm manager said they were making £3,000 a year profit after 1854. Wool was a major part of the profit from sheep farming in the 1800’s. During the American civil war in the 1860’s wool was very scarce and the profit doubled to £6,000 per year. It is not known where the wool was sold. The sheep were sold in Balla, Ballinrobe and Ballinasloe. In the early years the shepherds had to walk the sheep to the fairs and walk home again. When the railway line to Westport was built the shepherds still walked the stock to the fairs but the shepherds and their dogs now got the train back to Westport and walked home from there which might be 20 miles depending on who travelled. They had a problem with sheep stealing in the early years. Many of the herd’s houses were along the farm boundary to prevent trespassing and sheep stealing. Matilda Houstoun the captain’s wife wrote a book “Twenty Years in the Wild West” about her experiences in Doolough. She said that one summer they sheared 23,000 sheep. They also had up to 500 cattle.

There was no farmyard; the sheep and cattle were wintered outside.   Only thin cattle were fed in winter. If stock numbers got too high they died off in a bad winter and the land then had a chance to recover.

The Shepherds and Labourers

In 1883 there were 63[4] squatters were evicted. The occupation of the people is not given but they were either shepherds, or labourers. There were 16 houses in the townland of Bundorragha in the 1901 census but nobody in Bundorragha gave their occupation as a shepherd. The shepherds were the skilled workers on the farm, each one was responsible for his own flock of sheep. Each flock had its own home territory to which it returned if the sheep were taken home for any reason, this instinct in hill sheep makes shepherding easier. It was the job of the shepherd to keep the sheep away from dangerous areas, to look after weak sheep and to attend to the sheep at lambing time. Good dogs made the job of shepherding much easier. The shepherds also had to prevent neighbouring sheep and cattle from trespassing. Shepherds’ houses were close to their flocks and were often very remote. There was a shepherd for many years in Derreenalbanagh a townland along Killary harbour about an hour’s walk west from Bundorragha. The reason obviously was to prevent sheep been stolen and taken across the Killary. It was very difficult for the shepherds children to get to school.

In the early years;  the children from Laughta had to walk across the mountain to Bouris school more than three miles away over the Bunowen River. The journey to Tully or Derrymore schools when they were built was slightly shorter but they still had to cross the river which is very dangerous in a flood. There was no road to Laughta until 1927.

William had been an army captain in the 10th Hussars[5] before he came to Mayo. He must have had some farming experience as he selected the land for his farm very well. He built up his stock and farmed all the land. He was appointed a Justice of the Peace (similar to a Peace Commissioner) during his time in Mayo. He was not slow to use the law against his neighbours. In the three years 1859, 1860, 1861 he had his neighbours in court 90 times mainly for trespass and was successful in nearly all cases.

He died in October 1872 and we are not sure if he was buried in Ireland or Scotland.  But he was succeeded by his son George, who did not appear to have the same interest in the farm. It was sublet in 1876 but was taken back a few years later. The Houston’s continued as tenants until the farm was acquired by the Congested Districts Board from the marquis of Sligo in 1913.