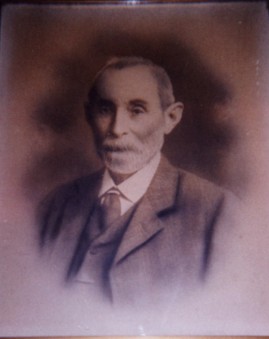 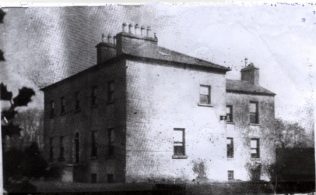 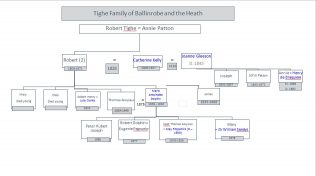 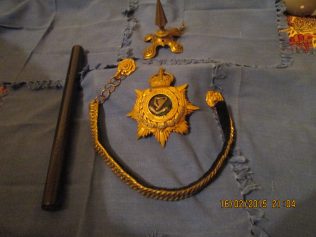 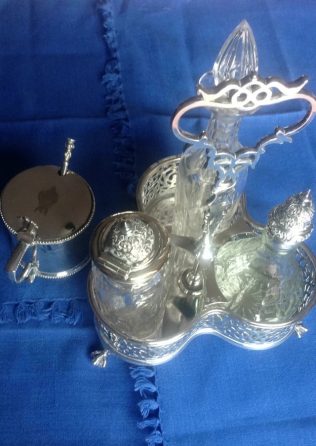 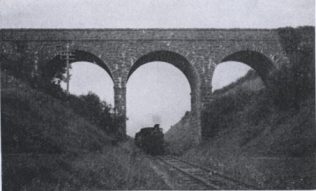 zoom
Over pass on the Claremorrs to Ballinrobe railway
T. G. O Donoghue 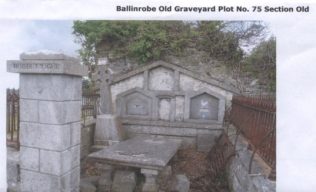 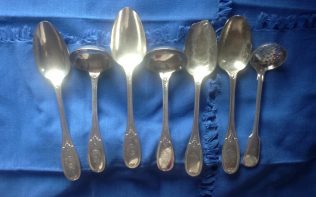 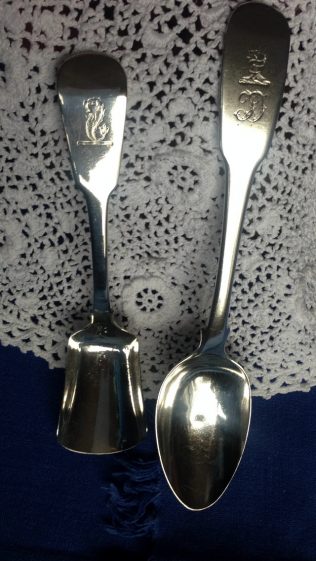 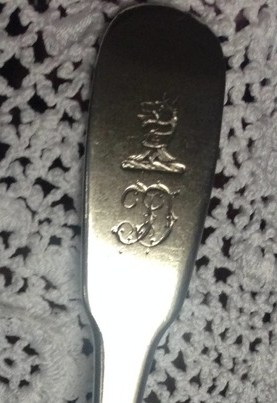 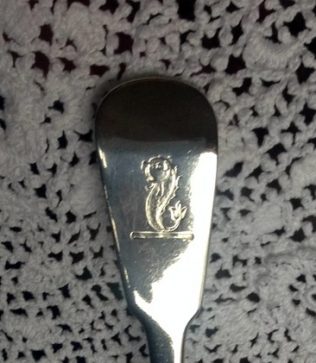 Thomas Aloysius Tighe was the son of Robert Tighe J.P. for Mayo, who married his first wife Catherine, daughter of Thomas Kelly in 1828 and had three sons and two daughters. Catherine died in 1837. He married his 2nd wife Joanna, daughter of Joseph Gleeson and had two sons and one daughter with her. A prosperous merchant and brewer of Ballinrobe he had a fleet of twenty horses and carts delivering goods from his ware-houses for a radius of 15-20 miles. Starting in a modest building, by 1851 he had a series of three storey buildings constructed to house his goods on west side of Main St. Ballinrobe where the Credit Union Building is to-day.  The Brewery was behind this building and the river Robe.

By his own intelligence and work ethic he became very wealthy and able to retire in 1862, and he transferred the management of his businesses to Thomas Aloysius. Then he bought lands for sale in the Encumbered Estates Court. At the time of the Griffith’s Valuation Robert Tighe held three townlands in the parish of Kilmainemore, Co. Mayo previously part of the estate of Arthur Browne of Glencorrib, parish of Shrule and one townland in parish of Crossboyne, barony of Clanmorris bought from the Blakes of Merlin Park. He also held a townland in Templetogher, barony of Ballymoe, Co. Galway in the mid 1850’s. In 1863 he bought the Heath from the Blake’s. By 1876 members of the Tighe family owned more than 2,000 acres in Co. Mayo and 1,025 acres in Co. Galway.  .. (Landed Estates Database NUIG).

Thomas Aloysius Tighe was born in Ballinrobe in 1829. Educated in Clongowes Wood College as well as his four younger brothers, he showed an aptitude for public life. He was not blind to the struggles of the tenant farmers around Ballinrobe or the mass exodus of starving immigrants on the famine ships as he lived through the Big Wind (1839), the Famine of 1845-’48 and the agrarian strife from 1879-1881 between tenants and landlords that culminated in evictions and the assassination of some landlords. He became a Member of Parliament for Mayo in 1874, and a supporter of the Home Rule Party. He was a Justice of the Peace for Counties Mayo and Galway and Deputy Lieutenant for Co. Mayo (High Sheriff in 1879).

He married Marie Antoinette eldest daughter and co-heir of Peter Hubert Dolphin J.P. of Danesfort, Loughrea, Co. Galway in 1876. They lived in the Heath, Claremorris, Co. Mayo and had four children:

(ii)Lieutenant Robert Dolphin (b.1877) Worked as Barrister-at-Law and lived at 129 Lower Baggot St., Dublin. Served in Royal Canadians and succeeded his maternal Grandmother in Danesfort. (Settlement in 1904).  He immigrated to Canada and married Eugenie, only child of Mr. H. Pagnuelo of St. Hyacinthe Quebec, Canada and grand-daughter of the Late Hon. L.V. Sicotte, Ex-Premier of Lower Canada.  Robert D. Tighe K. C.  Edmonton, Canada died suddenly in 1942; his wife died in 1981.

Like their father, the three sons were educated in Clongowes Wood also. (Journal of the South Mayo Family Research Society)

Mr. Tighe once owned the property of Kilcloonty near Tuam but sold it in the 1870’s when it was purchased in the Dublin Courts by Dominick Blake Leonard for a sum of £13,009. Thomas Tighe also had property near Ballinrobe and at Claremorris. He sold the former to his tenants long before any of the Land Purchase Acts. Mr Tighe owned land in non-congested districts, Brierfield, 157 acres in Barony of Tiaquin, Co. Galway 1906-1907 (National Library of Ireland)

Like his father before him, Thomas Tighe Esq. of the Heath was a benevolent Landlord. In a letter to the Editor of the Connaught Telegraph (15th October 1879), the tenants of Ballymartin, Kilmaine stated that “he had unsolicited, given them a reduction of 20 per cent . He also bought stock for tenants who were unable to fully stock their farms, to be repaid when able to do so. Manures and seeds are to be given at cost price; to be paid for when they disposed of their crops”. He took pride in his tenants’ welfare, health and surroundings. Their dwellings were to be whitewashed twice yearly (whitewash supplied free) and a nice stone-walled garden built at the front with a gate entrance and flowers or a clean yard inside. This paternal disposition endeared him to his tenants. Article by Henry Coulter in the Saunders Newsletter 1862.

Mr. Tighe used his varied experience in public life to champion the rights, health and welfare of his fellow countrymen. He took a prominent part in the Tenant-Right agitation of 1869 and 1870. He attended and spoke very strongly at their meetings in Castlebar and Tuam. He spoke at a Tenant-Right Conference in Dublin (February 1870). He went to London in March 1870 with a deputation to Mr. Gladstone on that issue.

Part of the Tighes’ Co Mayo Estate was sold to the Congested Districts’ Board in May 1906, and 593 acres belonging to Thomas Tighe in County Galway were bought by the Congested Districts’ Board on the 26th April 1907. His son Robert Dolphin Tighe is recorded as the owner of 340 acres of demesne land and a Mansion house valued at £16 at Lisduff, Loughrea in 1906. (NUIG  database).

A Post Nuptial Settlement between Marie Antoinette Dolphin Tighe and her husband Thomas Tighe The Heath was made in 1911. It was done to secure the future of the children and the estate of the marriage of Thomas and Antoinette. Acc, 999/548- National Archives of Ireland.

Thomas Aloysius Tighe was a gentleman who took his Catholic Faith very seriously. In 1876 in thanksgiving for the birth of his eldest son and heir he donated the Entrance Gate with Pillars to Ballindine Church. Shortly after the birth of his daughter, he and his wife donated a Baptismal Font to the same Church in Dec.1878. Furthermore a few years later a donation of an altar was made by the Dolphins to the Ballyglass church.

He died at his residence on Monday 15th June 1914 aged 89 years. As quoted in his obituary in the Connaught Telegraph afterwards “The funeral on Wednesday to Ballinrobe was private. A gentleman born in Ballinrobe and associated for years with the place. Mr Thomas Tighe of The Heath, Claremorris has just died universally, and deeply regretted.  He was a fine type of Catholic Gentleman, upright, honourable and consistent not an apologetic, half sneaking Catholic half afraid or ashamed of his religion as some few amongst us are” He is interred in the Tighe Family Crypt in Ballinrobe Old Graveyard. His son Captain Thomas Tighe succeeded him to the estate.

Do you remember the bridge near the brewery,

Where the train now passes by,

That held a seat for Thomas Tighe.

It was open every Friday

For people near and far.

It’s there they got their sentence

To serve in Castlebar.

And the steps going up the wall,

There was many a bucket filled right there;

It was the water supply for all.

Where they weighed the oats and hay,

On every fair day.