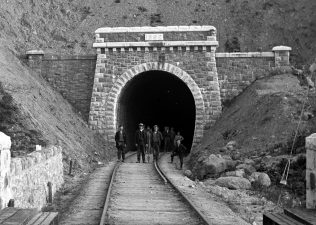 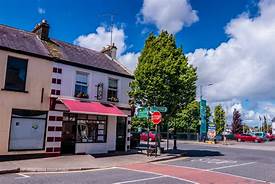 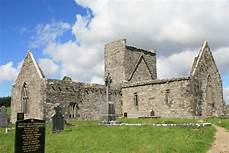 This kind gentleman loved his sport of fishing plus was a successful hotel proprietor.

For over two hundred years the house and Estate was home to a branch of the O ‘Donel family who had been transplanted to Mayo from Ulster by Cromwell.  The names of the O ‘Donels are to be found on the Army Rolls of Europe & America.  The last heir Captain George Frederick Thomas O ‘Donel, was awarded the Military Cross also Mons Star but was killed at Ypres during 1915. (16th October 2007)  [i]

During the first half of the 19th century, the Cathach or Battle Book of the O ‘Donals was kept at Newport House.  This manuscript is part of a copy of the Book of Psalms dated to 560 AD  purported to have been written by St. Colmcille of Iona (who was himself a prince of the O ‘Donal family)  The name derived from the legend that when carried into battle it brought victory to the family.  During 1691 it was brought to France when a member was exiled following a battle in Limerick.  Centuries later it was returned to Sir Neal O ‘Donal in Newport.  It was donated to the Royal Irish Academy in Dublin by his Grandson. (Healy John Country View 2nd February 1946 page 4 )  [ii]

A new future awaited Newport House & Demesne with its fishery when it was acquired by Henry Mumford Smith from Mr. M. P. Mc Shane of Newport during 1945 for £8,000.  His previous connection to the area had been among a group of fishermen who enjoyed the sport in the locality.  He held the fishing rights on the Newport lakes for the previous four to five years. His headquarters for years was at the Errew Hotel in Crossmolina.  He transformed the house into a famed hotel as a haven for anglers or an oasis of peace or relaxation for the public to enjoy.  [iii]

‘Melcomb House: in former times the Dower house of the O ‘Donnells; whose former seat, Newport House separated from it by the river has been converted into a palatial Hotel by Mr. Henry Mumford Smith who is also proprietor of the salmon river.  As successor of the O ‘Donnells the Courts have declared him proprietor of the Quay, which accommodates ocean – going ships.’ (14th August 1948 page 4)  [iv]

Mr. Mumford Smith converted to Roman Catholicism.  He with his wife had a son, Francis who married Eleanor had a daughter who became Mrs. Dr. Arthur Maguire.  He was a member of the Bangor Board of Conservators in Newport & Ballycroy. (16th October 1954 page 12)  [v]

A new spirit license is to be sought at the Circuit Court to be held in Castlebar next week on behalf of Mr. Henry Mumford Smith.  (15th June 1946 page 4) [ix]

Mr. Mumford Smith’s demise occurred during October 1954: with a report in the local paper of him as ‘a fine type of a gentleman, he purchased Newport House of O ‘Donnell family, converted it into a first-class hotel with lots of salmon fishing on the Newport river’.  He was interred in Burrishoole Abbey cemetery following high mass at Newport Church.  As a mark of respect, the Newport Angler’s Club postponed a fishing competition for the local area. (16th October 1954 page 12)   [x]

At a meeting of Bangor Board of Conservators held on Monday: a vote of sympathy was passed to the relatives of Mr. Henry Mumford Smith who had been a member of the board. (27th November 1954 page 13)  [xii]

He was succeeded at the business venture by his son Francis with his wife Eleanor who continued to offer the hospitality of the house to the public.   [xiii]

Frank Mumford Smith son of the late Henry Newport House Hotel: he applied for a transfer of the license that had been held by his father.  (17th September 1955 page 12)  [xiv]

Had the pleasure of meeting this extremely kind gentleman, Henry Mumford Smith with my cousin (whom he knew from Manchester); He provided us with a tour of his house also gardens also plied us with fruit from his orchard following a sumptuous feast in his dining room. (NBC)