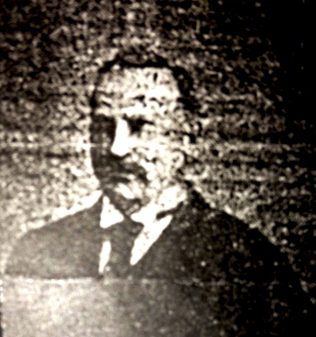 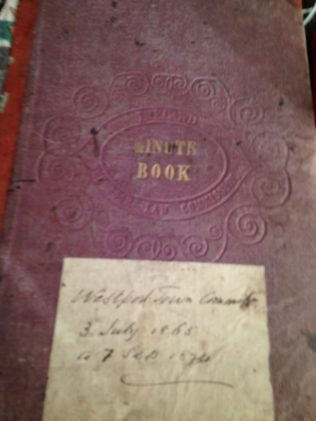 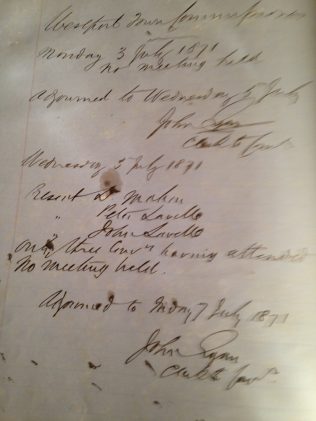 John Lavelle was great grandfather of the author, and the son of Catherine Staunton from Louisburgh and Patrick Lavelle from Westport, he was born in 1840. He was an auctioneer and businessman who resided in Shop Street.

John was a member of a very old and respected family in Westport, whose most famous member was the well-known “patriot priest of Partry”, Rev Fr. Patrick Lavelle, who as well as being sympathetic to the Fenians, was a writer, poet, political activist etc.,

John was a member of the Westport Town Commisioners and also played an active role in many of the voluntary charitable organisations in the town.

John had a deep interest in local public and social affairs, and in the welfare of the working classes. He was a Fenian and Nationalist, and he took an active part in local movements. In the early stage of the Land League he was a prominent figure addressing meetings in various parts of County Mayo.

John was married to Bridget McGreal, (1846-1921) daughter of Dominick McGreal, Newforest, and Mary Sheridan. This family also ran a few businesses in Bridge St, Shop St, and the Octogan, their patriarch John McGreal being a “herdsman” for Westport House. The McGreal Family tomb can been seen on the gable wall on what would have been the old Graveyard in Aughavale. The road to Murrisk runs through this cemetery and passes by this tomb.

Bridget McGreal, was a sister of Rev. Fr. John McGreal, PP of Mayo Abbey and was also a niece of Rev. Fr. Patrick Sheridan and Fr. Myles Sheridan.

John and Bridget had 10 children but only 6 of these survived. Four sons, Thomas, John, Peter and Dominick travelled to New York in the early 1900’s, and remained there. Thomas did come home shortly after his father John died but returned to the US where he married Anna Ralph formerly from Manulla. John and Bridget’s two daughters married and settled in Westport. Margaret married John O’Malley a local plumber and Town Councillor, and Katie the youngest married Matthew Beckett a postman, and son of a local publican.

John died in November 1907, he contracted pneumonia while attending a friend’s funeral, there is a very detailed obituary in the Mayo News at the week of his passing, some of the quotes are:

“With sincere regret we have to announce the death of Mr John Lavelle, Auctioneer, which took place at his residence Shop Street, on Wednesday morning  The news of the sad event cast a gloom over the neighbourhood and all the business establishments in the town were promptly shuttered when it became known,

“Of an extremely kind and good disposition he had hosts of friends and very few enemies.  The genial and kindly presence of John Lavelle will be sorely missed from our social gatherings for many years to come.”

“On Thursday afternoon the remains (in a beautifully mounted oak coffin) were conveyed to Westport Parish Church and were placed on a catafalque before the High Altar.   Etc.”,  [i]