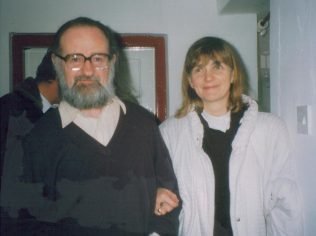 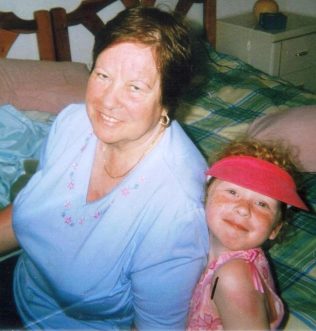 Bunnacurry is a small village located in the centre of Achill. The poet John F. Deane was born in Bunnacurry and went to  school there. His mother was a teacher in the Girls’ School in Bunnacurry. Deane lived in Achill until he was 13. In his book The Stylized City there is a selection of poems called “The Achill Island Poems” in which he writes about the monastery, the forge, and the fishermen of Achill. Two novels by John Deane are Flightlines, set in Achill of World War II, when a young boy enrols as a fighter pilot and the love of his life doesn’t want him to leave, and  Undertow set in 1950s Achill.

James Lynchehaun, a famous figure in the history of Achill, also went to school in the Monastery in Bunnacurry where he befriended Brother Paul Carney, one of the monks. The Playboy and the Yellow Lady, by James Carney, is the story of James Lynchehaun and his brutal attack on Agnes MacDonnell of the Valley House. James Carney got the story from his relation, Brother Paul, who had recorded the story of Lynchehaun and his escape. The Playboy of the Western World, by  John Millington Synge, is based on the story of Lynchehaun.  The recently published The Veiled Woman of Achill, by Patricia Byrne, is a fiction novel also based on the same story

Emer Davis grew up in Bunnacurry and had her book of poetry, Kill Your Television, published in 2012. It has poetry in it about Achill.

My Aunty Marie from Castelbar is from Bunnacurry, Achill Island. She was born in 1932 and was the middle daughter of 6 girls, there were no boys in the family. The family had a small farm, her mother was called Mary and her father was called Patrick. As a young child she attended national school in Bunnacurry and she still remembers the teacher being very strict on her.

Maire’s eldest sister headed to Scotland at the age of 12 years as there was no employment in Achill and her father had already gone to Scotland as a gaffer. Maire followed her sister’s footsteps to Scotland in order to find work in the potatoe fields. It was a big adjustment for her leaving home so young and missing her family. Every week her sister would collect the wages and send them back to Ireland in order to help the family survive. After three years she sought better employment in the UK. She again followed her sister and ended up working in a local hospital as an ancillary nurse. She loved this new employment and made lots of new friends. Lots of Achill people lived in the area and enjoyed many good nights with lots of craic.

During a night out Maire met her husband who was also from Achill and they eventually got married in London. She went on to have two lovely boys whom she adores. Her life was busy as a housewife and mother. She worked part time cleaning offices and working in schools and retired at the age of 60. Marie’s boys went on to marry Achill girls and Maire returned to retire in Castlebar. She is spending happy days there and now is a grandmother to lovely boys.

Over the years Maire has had sad days with death of sisters but she keeps smiling and has been a wonderful great aunt to me and she is always smiling. But my aunty says it was a big change back then to nowadays, “they were good times”, she says.

Many years ago, the Fransiscan monks came to Achill to try to counteract the work of Nangle at the Colony at  Doogurt who was trying to convert the people to the Protestant religion. They built their monastery and school for boys in Bunacurry in 1854. It took them many years to build the monastery and the school. The building of the monastery was signaled by a great battle. It is called “The Battle of the Stones.” Fr. Michael Gallagher, a native parish priest, was evicted from his house at Cashel by the Mission’s landlords.  The stones from the knocked house were carried towards the monastery which was being built. One night a group from Doogurt Colony came and knocked what was built of the monastery at the time. They carried the stones back to Mission territory. Soon the news spread through the island.

On an appointed day, men, women and children gathered from all parts of the island determined to fight if necessary for possession of the stones. Currane,  having a catholic landlord called Mr. MacCormac,  sent a little army of around 100 able bodied men, led by a Mr. Ryan,  a friend of the landlord. The protestant party were frightened. The police could not protect them. The Catholic numbers were so great. And the stones were carried back in  the morning.

Dr. John McHale, Archbishop of Tuam,  visited Achill in 1852. He came because he was unhappy with what was happening in Achill. He wanted to stop the influence of the Achill Mission which had been founded by Edward Nangle in the early 1830’s. He felt that the Mission was gaining too much support among his own flock and so he himself was going to have a look at the situation. His Grace then ordered five monks to come to Achill. They were Brothers Michael O’Neil, Fidelis Laurence, Joseph McDermott, Bonaventure McDermott and Joseph Tarpy. He gave them 404 acres of bog and £40 in cash.

Brother Joseph McDermott who had a great knowledge of Irish and Latin was the teacher. Brother Bonaventure McDermott was in charge of the workers and building. Joseph Tarpy had the task of raising funds. Brother Michael O’Neil was the superior. Brother Bonaventure went to Currane for 18 months to quarry stone for the building. The foundation stone of the monastery was laid by Fr. Michael Gallagher on Tuesday the 12th of June 1855. It was a general rule in the monastery that all Currane people were entitled to a meal whenever they called because they gave so much help to the building of the monastery.