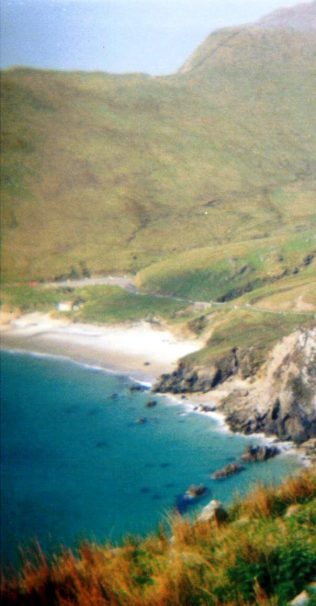 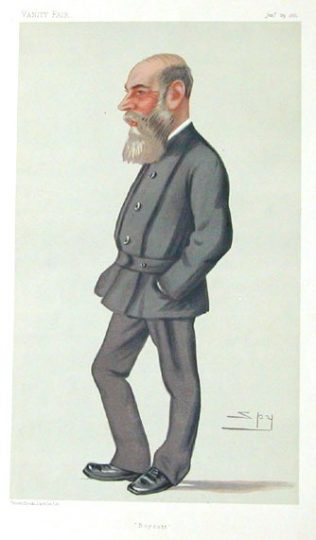 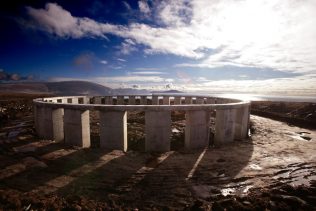 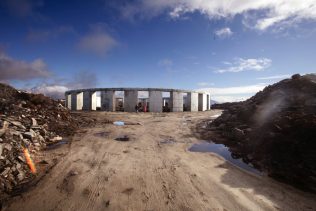 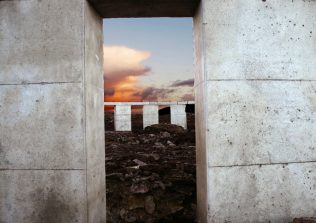 The large village of Dooagh, and nearby Pollagh, Corrymore and Keem, are located on the western side of Achill Island. There are several writers and poets associated with the area such as Arthur Flynn, Anne Kelly, Garret Cormican, Major Dermot Freyer, Vincent Keane, Ernie O’Malley, Graham Greene, C.A. Boycott, and Louis McNiece. These writers and poets have written books or poetry about Dooagh or the area around it or have lived or visited there.

Arthur Flynn’s children’s novel, Achill Adventure, is about a boy who moves from Dublin to the Dooagh area of Achill.

Graham Greene is novelist who stayed and visited Achill in 1940’s. He wrote parts of the novels The Heart of The Matter – which was published in 1948 – and The Fallen Idol in Dooagh. Achill Island is also said to have inspired Greene to write some of his best poetry.

Michael Gielty was born in Dooagh in 1933 and tells about the hardships endured by the tattie hookers, the treacherous job of shark fishing in Keem Bay, and the bravery of Achill fisherman at sea, in the book Clew Bay Folklore.

The Mirror in the Sea, by Garrett Cormican, is about the artist Camille Souter who lives in Dooagh. The artist Robert Henri also lived in the area and the book From New York to Corrymore (by Stuhlman and Leeds) is about his life and time spent in Ireland and Achill.

Dooagh is the founding place of Scoil Acla, the Irish Traditional Music Summer School that takes place annually. Scoil Acla was established in 1910. Paul Henry, the artist, was an active member of Scoil Acla and in 1912 he directed the play Casadh at-Sugan by Douglas Hyde. The school gradually went into decline but was revived in 1985. Achill Songs and Poetry was published by Scoil Acla, and Scoil Acla 1910 – 2010 was published in 2010. The Scoil Acla Writers’ Workshop is part of the annual Scoil Acla programme and Achill Island, Vol.1 and Achill Island 11 contain writings from workshops in 1990 and 1992/1993. Macdara Woods is the regular tutor for the  Workshop. Each year, writers give talks and readings at Scoil Acla. Writers who have been on the Scoil Acla programme over the years include: John F. Deane, Paul Durcan, Seamus Heaney, Brian Keenan, John McGahern, Macdara Woods, Eiléan Ní Chuilleanáin, Michael Harding, Iosold Ní Dheirg and Patrick Comerford. Mary J. Murphy’s book Achill’s Eva O’Flaherty: Forgotten Island Heroine is due to be launched this summer at Scoil Acla 2012. Eva O’Flaherty was a founding member of Scoil Acla.

Chris Newton wrote the book Hugh Falkus, about the broadcaster and film maker who made ‘Shark Island’, a film about shark fishing in Keem Bay.

Robert Praeger, a well-known 20th century botanist, mentioned a stay in Keem in his book The Way I Went (1937), writing “you will obtain changing and ever wonderful views of the wild cliffs of Achill Head which will long remain in your memory”.

Captain Boycott, from whose name the word “boycott” comes, lived for a time in Keem in a house called Corrymore House. C.A. Boycott – a distant relation – wrote a book  called Boycott: The Life Behind the Word, published in 1997. This tells the story of Captain Boycott’s life through the view of a distant family member.

Anne Kelly was born in Pollagh in 1939. She published her first collection of poetry, A Homecoming, in 1999/2000. Her second collection is called Dream Journey, published in 2001, and her third and final collection entitled A New Tomorrow was published in 2002. All proceeds of her collections go to St. Colman’s Nursing Home, Achill, Our Lady’s Hospice, Dublin, and the charity, L’Arche.

Catherine Cafferkey: Memories of Growing Up

Catherine Cafferkey  was born in 1931. In 1950 she went to England where she worked as a nurse in a hospital for a number of years. In 1960 Catherine married John Cafferkey. In 1962 Catherine and John had their first child, and later on had three more. Catherine now has nine grandchildren, two boys and seven girls.

Catherine remembers working on the bog during the Summer and having to look after the sheep and cows. This work involved a lot of walking because not many people had transport. The bog Catherine worked on was three miles from her home. This was a six mile journey on foot.

School days for Catherine were very different from my school days. The only heat in the school was an open fire and all the children had to bring in two sods of turf to school every day to keep fires burning. The only light in the school was from a candle which was left on the teacher’s desk. When Catherine came home from school she would have to get water from the well and milk the cows. During the Summer, Catherine and her friends would be busy making hay. Most children left school at the age of fourteen to go to Scotland or England looking for work. Children today don’t know how lucky they are, Catherine says.

Croaghaun is a mountain on Achill Island, 688m (2,257ft) high. “Croaghaun” is Irish for ‘little stack’. The plane crash occurred on the 16th of June, 1950. The RAF RG843 was to commence a meteorological survey on the west coast of Ireland but on its way back the weather turned into a thick fog and the pilots couldn’t see, causing it to crash on a high piece of land. Eight people were killed in this crash.

In an article in the 2005 Achill-Link annual we read that a man named Martin Fadian, 28 years of age at the time, was minding some sheep nearby and heard the noise of the plane coming towards him. He ran to sound the alarm. The plane hit the mountain and dragged along for three hundred yards. Parts of the plane flew nearly a mile away from the place where the plane actually crashed (by Jessica Wilson).

My Grandmother,  Ann O`Malley Lafferty,  was sixteen years old in June 1950. She recently spoke to me of the air crash on Croaghaun Mountain. At the time my Grandmother lived in Keelwest,  Dooagh which is the village closest to where the aircraft came down. Croaghaun towers over Keelwest on one side and on the opposite side looks out to the Atlantic Ocean

The 16th of June 1950 started off sunny and bright with none of the severe thick fog that later on that night would cause the RAF plane to come down on the very high ground on top of the south side of Croaghaun.

The first indication that there was something wrong was when local men from the village raised the alarm. Some started to go as quickly as possible to the crash site while others alerted the authorities.

The news that there were no survivors soon came down to the villagers, all together eight airmen were killed. They were part of a meteorological survey on the west coast of Ireland. They had completed the survey of the Co. Kerry coast and were returning to their base, Aldergrove, Belfast, when the crash occured. The plane was completely destroyed and parts of the wreckage are still on the mountain to this day.

In the days after the crash, investigators from the aviation authorities questioned some local men who had witnessed the incident. No reasons, other than bad weather, were ever given for causing the accident. (by Thomas McFarlane)

The crew lost in the crash were as follows:

You can read more about the plane crash on Croaghaun Mountain in Achill-Link, 2005

Achill Henge is a Stonehenge-like structure built by Joe McNamara. It is four metres (thirteen feet) in height and a hundred metres (three hundred and thirty feet) in circumference. It was built in November of 2011 over a single weekend! It is built out of thirty large concrete slabs, hauled up the hill by a team of workers and then sunk into the bog.

The Henge is situated up a hill near to the village of Pollagh. There is a road that leads up to it near to the church. People have made homemade signs leading the way up the hill to The Henge. The road is smooth for the majority of the journey, but gets more rough as you get nearer. The homemade signs are convenient, but inconsistent, so the best way to find your way up there is to ask the locals, as most people have been there and can explain how to get up there. I would not consider it a difficult walk, as none of the terrain is terribly rough.

Mayo County Council requested a court order for Joe McNamara to remove the structure, as it had no planning permission. Work was put on hold and the structure has neither been finished nor removed to this day. Joe McNamara was sentenced to three days in prison after refusing to demolish the structure, claiming that it was a “decorative garden”. Further opposition to the Henge was shown when Achill Archaeological Society claimed that there may be a potential excavation site within 500 metres of the structure.

A newspaper poll once found that the majority of locals were in favour of keeping the structure; as mentioned earlier, you can see homemade signs pointing the way up to The Henge. Although there may be a lot of opposition to Achill Henge, it does have certain advantages, like the fact that it brings about tourists that may want to come and visit it. I like to visit Achill Henge occasionally as it is a peaceful place where it is easy to relax.

You can read more about Achill Henge at: www.mayonews.ie