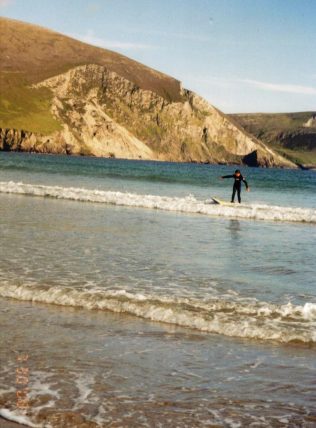 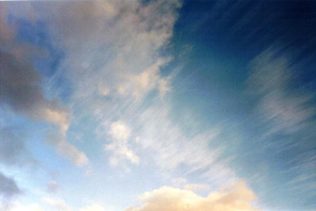 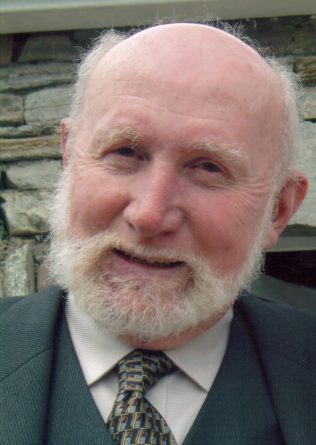 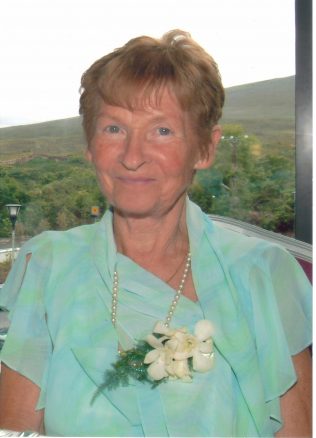 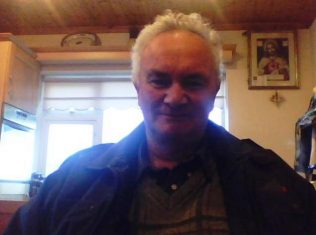 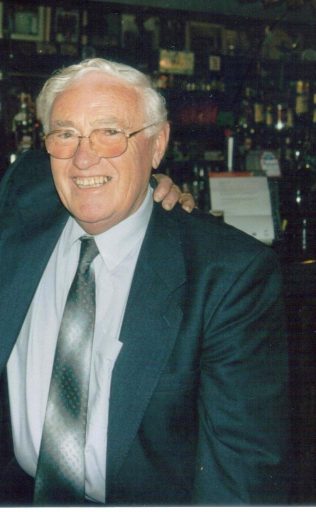 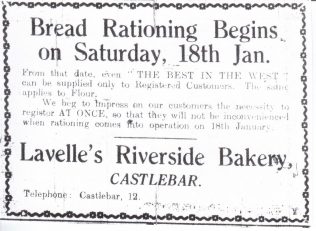 Keel is a small village located in lower Achill. Several writers are associated with Keel and several books have been published about Keel. Chris Newton wrote the book Hugh Falkus, about the broadcaster and film maker who made ‘Shark Island’, a film about shark fishing in Keem Bay. The sharks were brought back to Purteen Pier, in Keel, from where they were transported to Ballinasloe for producing shark oil and to make cosmetics; the fins were sent to Japan. A book written about Keel Pipe Band called The Band From The Bonny Spot was written by two local men, Anthony N. Lavelle and Kieran O’Malley. It is about the formation of the Keel Pipe Band.

A new book, Sea Meets Land, written by Keel resident Alexandra Van Tuyll, was launched in May, 2012. Escape to the West is a novel written by Geraldine Mitchell about a young girl called Aoife and an elderly woman called Immogen O’Toole who become partners in adventure as they escape to Keel.

Tom McNamara: From Cleveland to Achill

My Grandfather, Tom McNamara, was born in Cleveland, America. He lived with his parents, his one brother and two sisters. He moved to Ireland in 1938 by boat. The trip took one week on the ‘President Roosevelt’. His family moved because it was the time of depression in America, there was no work available for his parents.

Achill was very different then, the roads were not tarred, there was no electricity or running water and the only source of heat was the open turf fire. Only priests and doctors and one or two people had cars. Business people and priests were the only people who had telephones.

During 1939 the Second World War started. Throughout the five years of the War there was rationing of food and each household was issued with a rationing book. You had to bring two sods of turf to school every day for the fire in school. The school provided lunches which included a piece of bread with butter and jam and some cocoa. During the summer everybody had to walk to school in their bare feet. Nobody went to secondary school until later years when men spent all year working on building sites in England and their wages were sent home so their children could attend secondary school. Children as young as twelve went to Scotland picking potatoes during the Summer. During Lent and Advent dances were forbidden so this led to many people becoming involved in amateur dramatic groups. In 1946 Hughie Connaghan from Donegal started to teach pipes. Funding from drama groups helped out in buying the equipment. Piping is now a great Achill tradition.

During the late 1940s people started to catch basking sharks in Keem bay. The sharks were hauled to Purteen Harbour, where the liver was extracted and refined. Carcases were cut up and transported to the burnhouse in Ballinasloe. This provided work for about one hundred men during the months of March until June.

During the 1950s there was an increase in the amount of tourism which led to a lot of houses starting up B+B to cater for the over flow of hotels.

In 1963 a group water scheme supply from Corrymore Lake provided running water for households in lower Achill. This added greatly to the lifestyle of the people, they were able to install bathrooms and central heating. The older people have seen so much change throughout the years, including running water, electricity, computers, ways of transport, and the internet. Lifestyles have changed, some for better and some for worse.

My grandmother, Una, was born in Galway. She had five sisters and six brothers. She has a twin brother living in America. Una’s house which she grew up in had two bedrooms and a kitchen. There was no running water and no electricity. They had a farm with cattle, sheep, horses, hens, ducks and turkeys. They grew their own vegetables and also the fowl was a source of food. They had no machinery.

Una had to walk a mile to school every day. Many children had to walk in their feet. She had to bring a sod of turf to school every day for the open fire. People used to write with pen and ink. They had to dip the pen in to a bottle of ink. The teachers were very cross back then and used to slap the children with rods. Nuns used to teach then. The priests used to visit the school and if they found out you had not been at mass you would get in big trouble. Una left school when she was twelve and worked in shops around Galway and Ballinasloe.

Una went working in England for eight years and got married there and had her first child, Annette. She moved to Achill in the 1960s and opened a restaurant, “The Boley House”. She then had three more children, Michael, Mary and Noreen.

There was no running water for the restaurant in the early years. They had to carry buckets of water from a well up the road or from a river across the road. Their neighbour, who worked in The Boley, used to heat the water in a big pot over a fire. Things have changed greatly from when she was growing up.

My uncle’s name is Patrick Gavin. He was born on the first of December, 1951, in the Family home in Keel. His parents were James and Margaret Gavin. James was from Keel and Margaret was from Cork. They met and married in England. Patrick’s grandfather was called also called Patrick, he married Mary Bonner who was from Donegal. They married in Scotland and came home to live in Keel. They built the first slated house in Keel. Patrick was a migrant worker in Cleveland, Ohio. Whilst working on a building he fell off the scaffold and died. Mary was left with the responsibility of raising a child on her own. She lived with the family until her death in 1969.

Patrick went to primary school in Crumpaun. His class consisted of five boys and one girl. His teacher was David Quinn. Patrick finished school at thirteen like many young people of his age. He did not go on to second level school.

After leaving school he began work on the family farm until he was 16. He started fishing for a further 2 years, then took up construction until he got a job in the fire service. He worked as a fireman for thirty six years, he retired in 2009. Patrick is a bachelor and continues to live in the house his grandfather built.

Michael O’Malley was born in Dublin in the Rotunda Hospital in 1930. His parents were John O’Malley from Keel and Martha Kilbane from Dooega. Michael remembers the beginning of the second world war in 1939 and remembers when the Prime Minister of England, Neville Chamberlain, said on the wireless: “We are now at war with Germany”.

Life in Achill was difficult during the war which was known as the Emergency. Food was scarce and rationed, you were only allowed two ounces of tea a week. He remembers that they used to shore range during that time. Often valuable items would be washed ashore from ships sunk during battle, things like bales of rubber, candle grease and paraffin oil for lamps. The most significant arrival was the “switch on” of electric power in the early 1950s. He says life completely changed then and has been changing ever since.

Michael remembers listening to Mayo playing on the wireless which was powered by a “wet battery”. He also was at the 1950 and 1951 All Ireland Finals when Mayo won on both occasions. It took him 7  hours to travel to Dublin in Ted Lavelle’s car. He never really got to know his uncles as they all emigrated to Australia and New Zealand. Even his father did not get to know his brothers as he was too young when they emigrated.

Michael took over the post office in Keel in 1956 which included a continuous telephone exchange. This means that the phone had to be answered 24/7 because if anyone wanted to make a phone call from the house they had to ring the exchange first and lots of times he had to get up in the middle of the night to connect people. It continued like this until 1984 when the exchange became automatic.