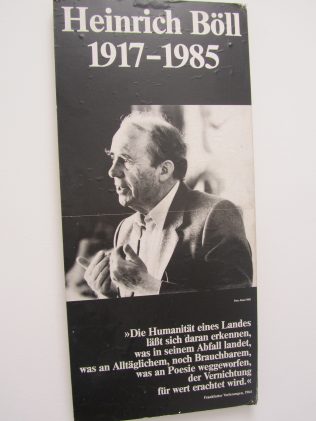 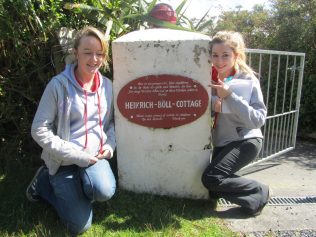 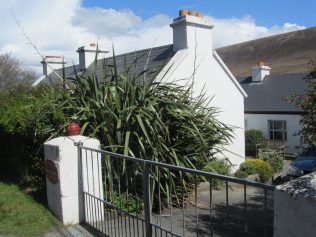 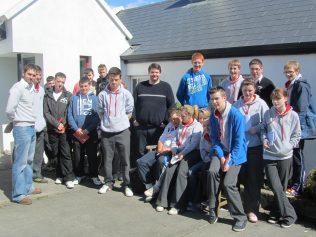 The Heinrich Böll Cottage is in Dugort. It is a residency for writers and artists who stay in the Cottage and write or work there.  Heinrich Böll was a German writer who lived for some time in Achill. He was drafted into the German army and fought on the Russian and French fronts during World war II. He was wounded four times before being captured and held in a U.S. prisoner-of-war camp. Following the War he turned to writing. He wrote many of his early works in his cottage in Dugort, including  Irish Journal, which is an impression of Irish life and people in the 1950s. He published over 20 books and in 1972 he was awarded the Nobel Prize for Literature.

Since 1992, the Böll cottage at Dugort has been provided without charge by the Böll family for use as a residency for writers and artists. The residency programme has been administered by the local voluntary committee, The Achill Heinrich Böll Association. The Cottage is a memorial to Heinrich Böll and it was restored and reopened in 2005.

The Heinrich Böll Cottage on Achill Island was published in 1998 as a celebration of the first years of the residency programme. Many authors have stayed in the Cottage and written there including Maura Mulligan whose book, Call of the Lark, goes on sale in 2012.

Dr Gisela Holfter has written a book called Heinrich Böll and Ireland. The book was launched at the Heinrich Böll Memorial Weekend in May 2012.  This is a weekend held each year by The Achill Heinrich Böll Association in memory of the author. Many well-known writers speak at it. The 2012 programme included Eva Bourke, Leland Bardwell, Patricia Byrne, Eoin Bourke, Dr Gisela Holfter and Klaus Modick.

The book Follow the Moon, by Sheila Sullivan, contains a chapter about Heinrich Böll’s time in Achill.