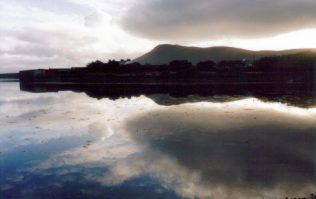 Tonragee is a small village that lies between Polranny and Mulranny.

The Greenway runs through Tonragee. It is the longest off-road walking and cycling trail in Ireland, passing through some of the most stunning  scenery in the West of Ireland. It  was once an old railway line from Achill Sound to Westport between  1894/95 and 1937.  In the 1890s the Westport line was extended to Achill Sound after  Arthur J. Balfour introduced an Act of Parliament providing State assistance for the construction  of light railways to disadvantaged areas in Ireland. 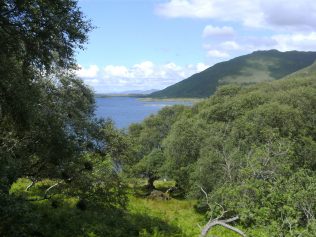 View of Bellacragher Bay from the Greenway

Before the line was properly opened it brought home the bodies of the Clew Bay Drowning in 1894 when 32 Achill people were killed when a hooker called ‘Victory’ capsized just outside Westport Harbour.  In 1937 the Kirkintilloch Disaster happened killing 16 Irish men on the 16th of September.  This is written about in Achill Island Tattie-Hokers in Scotland and the Kirkintilloch  Tragedy 1937, by Brian Coughlan. There was a man named Brian Rua O’ Cearbháin who had  predicted that the first and last trains would bring home the bodies of disasters. A book about the railway is Rails to Achill By Jonathan Beaumont. Carlo Gebler uses the Achill Line in his children’s novel Caught on a Train, a story set on a train travelling  from Dublin to Achill. 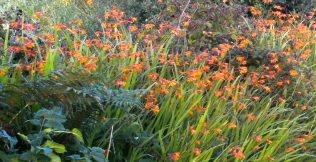 Tales from the West of Ireland by Sean Henry tells about a man stayin in Tonragee who hears stories from a local man about life in Achill. 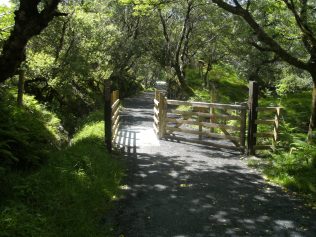 My great grand aunt, Annie Lynchechaun,  was born in May 1916. Her parents were Bridget and Michael McGinty.  Her father  was known as ‘Ginger’. She had four sisters and two brothers. She started school on the 3rd of May, 1921. There were three teachers in her school – Tonragee N.S. She finished school when she was fourteen. When she finished school she went to Innisbiggle to help her sister Matilda with her children while her husband was away working.

When she was almost sixteen she went to Scotland with Matilda. It was very emotional at Achill Station when people bought their tickets and were leaving on the train. She travelled from Polranny, Achill Sound to Westland Row in Dublin and got the boat from Dublin Port to Glasgow. A gaffer and a lorry waited for them there to take them to where they would work. Annie  spent seven years in Scotland and worked for  different gaffers. Her accommodation was alright over there. She was given clean hay and plenty of vegetables and potatoes. They started at seven o’ clock in the morning and finished around four or five in the evening. There were many people from Mayo and Donegal. The Kirkintollach Disaster happened in her time in Scotland. She knew some of the boys well so it was a great shock and upsetting to them. She was also in Scotland when the sirens went off when World War II broke out. The farmers had to give their horses to the soldiers. The army camp was beside their bothy.

After her time in Scotland she went to work as a cook in Ross House, Kilmeena, for Captain O’ Malley  and worked there until she married Pat McGinty and had two children with him. Pat died in 1948. After he died Annie  was going to go to America because she had family over there but they would not let her children go with her so they were going to have to stay behind. One day before she went to America she was down the shore with her father and Tommy Lynchechaun came by and asked her out. She married Tommy and stayed in Tonragee. She had one daughter with him. Annie ‘Cissy’ Lynchechaun is the oldest woman in Tonragee.

Anne got a Job when she moved here and she worked in Sweeney’s restaurant for 21 years.

Annie Cafferkey is my grandmother. She was born in Tonragee in 1934 to parents Michael McGinty and Sabina Lynchehaun. She had three sisters and three brothers, one of her sisters died at the age of six. She worked hard all year round, especially in the summer. She just had primary school education. Her brother, Joe, was the only one in her family to go on to second level education. After leaving school she worked in her home until she went to Coventry in England at the age of 22. In Coventry she worked in a factory where they made parts for aeroplanes to stop them freezing at high altitudes. 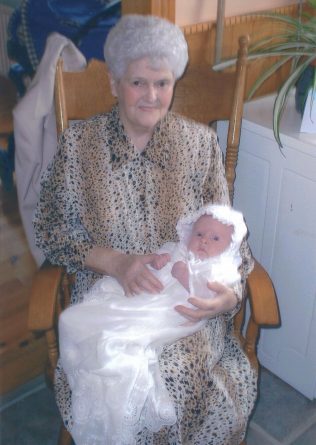 In 1957, while in Coventry, she married Paddy Cafferkey. Paddy was also from Tonragee and she knew him when she was living in Tonragee. Herself and her husband Paddy left Coventry later that year to return home to Tonragee. Her husband finished building the house which he had started in 1950, before going to Coventry. He was a builder by trade. They had seven children.

Annie cycled to the dances in Tiernaur and Mulligan’s Dance Hall down in Keel and she usually came in at four o’ clock in the morning. Her mother had a stroke at the age of 24, which left her left arm paralysed and her left leg lame. Her earliest memory is of the last train in to Achill bringing ten Achill boys who tragically died in a bothy fire in Kirkintilloch. Annie and her friends were walking home from school one day in 1945 when she met the bus and the bus driver Jerry Sweeney told them that World War II was over. During World War 2 she remembers seeing a parachute passing over her house in Tonragee. Her husband Paddy died when he was seventy in 1994, and her son John Peter died in 1990; he had a son and two daughters. 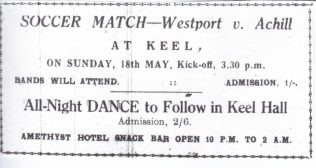 Peggy Lynchechaun as Depicted on the Plaque at the Greenway, Tonregee

Peggy used to be the midwife of the village. She also ran the ferry from Tonragee to Ballycroy in a currach boat which was very unusual for a woman to do and she was quite young at the time. The reason they had to sail was because there was no cars and it took a long time to walk to Ballycroy. Peggy used to sail over for many reasons, the first reason was because on market day she would sail over with cattle and sheep. The sheep would go in the boat with Peggy but the cattle were tied to the outside of the boat and they swam. The other reason she sailed over the Ballycroy was when someone died. Peggy would sail over with the corpse either to Ballycroy or sail from Ballycroy to Tonragee.

Peggy was an important lady in my village’s history because she taught people that a woman can do things that a man would normally do. She knew the currents and the tides better than anyone else. She was the only one in the village who sailed over and back from Ballycroy.

Plaque on the Greenway in Tonragee

Last summer a plaque was created on the Great Western Greenway in Tonragee. The plaque was created to remember what she did for the village. I am very very proud to say I’m related to her and to call her my great great grandmother.