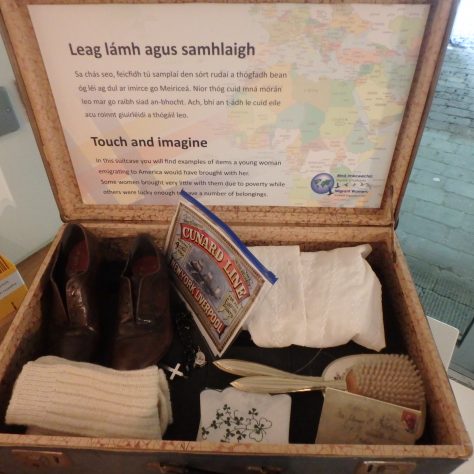 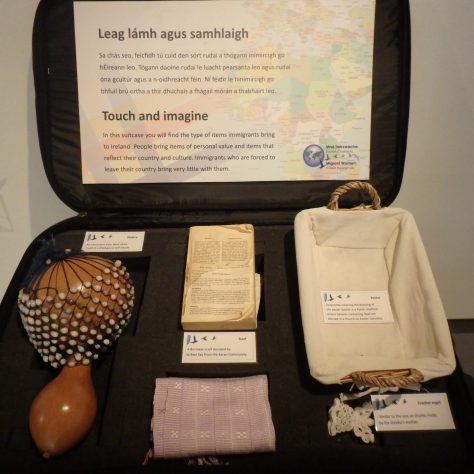 Migration and the movement of people is a timeless story. The Migrant Women: Shared Experiences exhibition explores and draws comparisons between the immigration of Irish girls to New York at the end of the 19th century alongside the stories of 8 migrant women who have come to live in Mayo in the last 20 years.

Every migrant woman’s journey is unique. Yet there are shared experiences. Migrant women enrich our communities and our economy.  However, isolation, exclusion and racism are also part of their story.

A panel exhibition from Watson House in New York explores the experiences of Irish women immigrating to New York at the end of the 19th century. The Mission of Our Lady of the Rosary for the protection of Irish Immigrant Girls at Watson House assisted up to 100,000 Irish immigrant girls.  The story of their experiences is drawn from the records of the Mission.  The Mission ledger books are gems for genealogical researchers. The records of the Mission tell us the names of the Irish women who are the mothers, grandmothers and great grandmothers of Irish-America.

The exhibition also explores the story of women who have moved to Ireland in recent years. They have contributed their voices and loaned the objects on display. They represent a snap shot of people who have moved to Ireland for a variety of reasons. These women include Kany from the Democratic Republic of Congo who donated a traditional outfit. Sanita from Latvia, donated sewing objects and a sewn bag. A waterbuffalo statue was donated by Linda from the Phillipines and Ela Gizicka from Poland donated a crochet angel. Sa Bwa Say provided the exhibition with traditional clothing of the Karen Community in Burma-Myanmar. The objects represent the connection these women still have with their home countries.

Together these stories illuminate the universal story of migration.