You are here: HomenextExplore our archivenextTopicsnextOur Christmas Memorabilia: tell us about your treasured festive itemsnextFestive Card collection 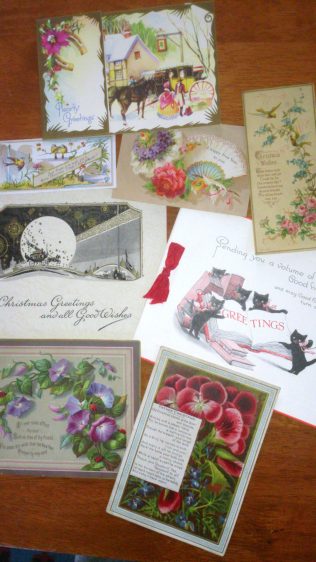 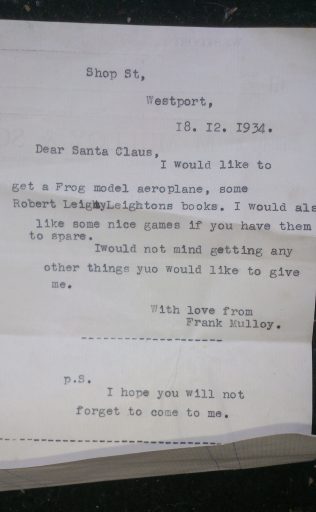 We have a letter to Santa that my uncle typed in 1934 when he was around 9 years old. It is on the back of an invoice from M. Mulloy & Sons of Westport, which was his father’s business. We also have some old Christmas cards, mostly undated, but one from 1876.

The text of the letter is:

I would like to get a Frog model aeroplane, some Robert Leighton books. I would also like some nice games if you have them to spare. I would not mind getting any other things yuo (sic) would like to give me.

With love from Frank Mulloy.

P.S. I hope you will not forget to come to me.

Robert Leighton was an author of adventure books set in the wild west. I remember reading one called “Cooee” and being very taken with it. The letter writer went on to join the Holy Ghost Fathers and is alive and well in Dublin.