You are here: HomenextExplore our archivenextTopicsnextGhost Stories of Ireland - Seeking Tales of the Unexplainednext"What about the ghosts?' I asked"... an extract from 'The Darkness Echoing'

"What about the ghosts?' I asked"... an extract from 'The Darkness Echoing' 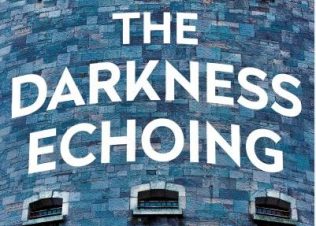 zoom
Places mentioned in this extract

In the following extract, Gillian writes about visiting the reputedly haunted Leap Castle in county Offaly; recounts one of her favourite ghost stories and describes an unsettling experience in the stores of the National Museum of Ireland, Collins Barracks, Dublin.

Reproduced here with the kind permission of the author

As a child, I was terrified of ghost stories. The one I recall most clearly is one I heard time and again on my trips around the country – almost identical versions are associated with Loftus Hall (‘Ireland’s most haunted house’), Castletown House in County Kildare and the Hellfire Club (a gambling and drinking den) on Montpelier Hill in County Dublin. I heard the story first at the Hellfire Club, when I was an eleven-year-old Cub Scout sitting around a campfire not far from where the story is set. The Hellfire Club met in a hunting lodge built in 1725 for William Conolly, the richest man in Ireland and Speaker of the House of Commons. After Conolly’s death, the lodge was taken over by the Hellfire Club, a group of well-to-do noblemen who drank and gambled and caroused there, men described by Jonathan Swift as a ‘brace of monsters, called Blasters, or blasphemers or bacchanalians’. There were rumours that they took part in satanic rituals, and at every meeting an empty chair was left for the Devil. Late one evening, a handsome stranger arrived to play cards. He took the chair reserved for the Devil and refused to give it up. As the night wore on, the members Of the Hellfire Club became drunk and poorer (losing huge sums of money to the mysterious stranger), and as dawn broke one of them bent down to pick up a card from the floor and noticed that the stranger had a cloven hoof. Suddenly sober, he screamed and, as he did, the stranger disappeared, leaving behind only a smell of sulphur. That story kept me awake in my tent all night.

I don’t believe in ghosts, but I still wasn’t keen on visiting Leap Castle, the ‘world’s most haunted castle’, on my own, so I persuaded Misha to come with me. As we approached the castle, we could see crows flying out of the top of what appeared to be a ruin. Perhaps the sat nav had brought us to the wrong place. But as we drove down the avenue I realized that parts of the castle, a fifteenth-century tower house flanked by neo-Gothic wings, were intact. I pressed the battery-operated plastic bell taped, rather incongruously, to an imposing oak door, and the door was opened by a man who seemed to be both caretaker and guide. It was a bright July morning, but we were ushered into a dark room illuminated by a large fire in one corner. A number of people were already seated there, and fifteen sets of eyes glanced at us before immediately returning to the flames. ‘l think we’ve stumbled into a cult meeting,’ Misha whispered as we took our seats at the back.

I was hoping to be regaled with ghost stories, but instead we listened to a lengthy fireside chat that included the history of the castle. Which was built by the O’Carrolls, who controlled the surrounding area, They held it until the 1640s. when it was confiscated by Cromwellian troops, who granted it to a soldier of fortune, Jonathan Darby. The local history was supplemented by a sadly inaccurate history of Ireland, and I sighed as I heard, yet again, that the Irish had been ‘slaves’ and then that transportation had continued up to the twenties. Eventually, I interrupted. “What about the ghosts?’ I asked. It appeared that many of them were mercenaries the O’Carrolls had hired, then turned on. After a successful battle or raid the mercenaries were invited to a celebratory banquet, where they were poisoned. This wasn’t the worst of it. Other unwelcome guests were thrown into a gap in the dining-hall wall and fell several floors to the oubliette (a dungeon) at the bottom. The lucky ones landed on a spike and died soon after; the unlucky were left to starve to death and forgotten, as the word ‘oubliette’ suggests. According to our guide, when the oubliette was emptied, hundreds of skeletons were discovered. It’s no wonder their unhappy spirits are said to stalk the castle.

After the fireside tales we were sent off to explore the castle unchaperoned. Much of it is derelict, the rest in shabby, but cosy, disrepair. There’s an eclectic collection of art, books, musical instruments and religious paraphernalia. There are winding staircases that appear to lead nowhere or into tiny, purposeless rooms. Misha and I climbed the dark, uneven stairs to the derelict ‘Bloody Chapel’ at the top of the castle where two O’Carroll brothers had an argument and one murdered the other. Reports of bright lights emanating from the chapel have persisted ever since. Certainly, there were plenty of bright lights when we visited since we wandered around using torches to illuminate the way. Several members of our tour group refused to go up to the chapel, preferring to stay in the Great Hall. It seemed a poor choice, as it left them hovering near the oubliette — where ghosts seemed far more likely to emerge — and close to the Minstrels’ Gallery, where a terrifying haunting had occurred. In the early twentieth century, Mildred Darby had hosted séances in the castle, and she reported that after one of them, as she stood in gallery looking down on the hall, she ‘felt somebody put a hand on my shoulder … Thin. gaunt, shadowy … its face was human . .. its eyes which seemed half decomposed in black cavities stared into mine. The horrible smell … came up into my face, giving me a deadly nausea. It was the smell of a decomposing corpse.’ I sniffed the air but detected only the faint odour of cats.

After we’d explored the castle we returned to the fireside and listened to one of the visitors talk about how she had felt the ‘essence’ of the place and it had filled her spirit with joy. This seemed an odd reaction to a place where so many people had apparently been murdered, but then, as Misha observed. I was not really in a position to criticize. Still, I rolled my eyes a little, until Misha leaned over and pointed out that the woman beside me had activated a ghost-hunting app on her phone and was staring at the electromagnetic field meter. I could see bars rising and falling on her screen. We decided it was time to leave.

Just minutes from the castle, we passed St Kieran’s rag-bush, an old hawthorn with scraps Of clothing tied to its branches. St Kieran founded a monastery nearby in the fifth century. There was (and still is) a belief that if you tied a rag to the bush and prayed for a particular intention, by the time the rag had rotted away the prayer would be answered. so strong is the belief in this bush, a road-widening plan was adjusted so that the road goes around the hawthorn. I wondered whether the hawthorn was saved to ward off the spirits that allegedly emanated from Leap Castle. Rag-trees and saints and ghosts — the (un)holy trinity of pagan, Christian and supernatural belief all bound together. The Story Of Ireland in one hawthorn bush.

One of my favourite ‘ghost’ stories has no ghost at all. When working on the development of the heritage centre at Nano Nagle Place, I read the annals kept by the Ursuline and Presentation nuns Who had lived on the site. One night in September 1784, two would-be burglars placed their ladder against the wall of the convent. As they climbed the ladder, they woke one of the nuns, who ‘sallied out of her cell’ just as one of the would. be thieves reached the top of the ladder. ‘On looking through the window. the first object he beheld was the nun arrayed in the fascinating costume of an Ursuline night dress,’ the annalist recorded, ‘white veil — black band — short cloak . . The burglars would, in all likelihood, never have seen a nun before, but ‘one glance at her was as effectual as the sight of a constable’. It’s no wonder he thought he’d seen a ghost. The story of the ‘Convent Goblin’ spread rapidly through the city and, the convent annalist noted, the convent was never threatened again.

Though I had no ghostly visions on my tour, I did have one disconcerting experience, Late one evening. I was in the stores of the National Museum at Collins Barracks with curator Brenda Malone. looking at artefacts associated with death. As we sat there surrounded by a whole smorgasbord of them. we heard a loud metallic clatter above us. ‘Oh, that must be the security guards moving the metal trays I was using earlier,’ said Brenda casually. A few minutes later we heard women singing at the Other end Of the floor. “That’Il be the cleaners,’ Brenda said. We returned to admiring Michael Collins’s beautifully embroidered slippers. Later, as we were leaving. we went up to the floor With the trays. The trays hadn’t been moved. As we left the building, we ran into the security guard. No, he told us, there hadn’t been any cleaners on our floor that evening. There hadn’t been any one at all. Later. I was told that the ghost of a young woman haunts the building. In the eighteenth century. when it was a British military barracks, she attended a party hosted by some young officers. In the course Of the evening she fell from a Window and later died from her injuries, but not before telling her doctor that the officers had pushed her. No one was ever charged with her murder, and her ghost is said to walk the corridors seeking justice.

To find out more about Gillian and The Darkness Echoing visit gillianobrien.net