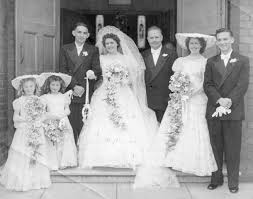 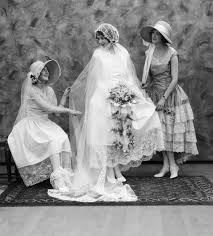 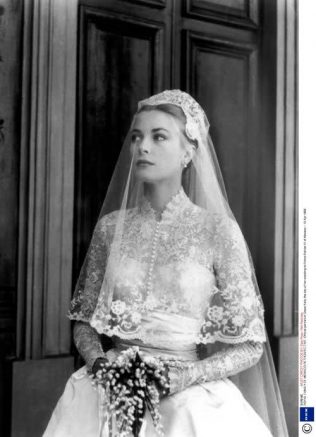 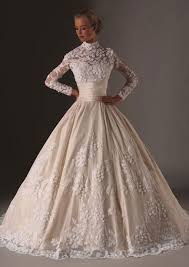 Marriage 100 years ago was not really about the relationship between the man and the woman, it was a way of getting in-laws, of making alliances and expanding the family labour-force. Marriages were arranged as a sort of strategic alliances between two families, with the bride and groom having little to no say about the marriage. In some cultures, parents even married one child to the spirit of a deceased child in order to strengthen familial bonds.

Cousin marriages were common throughout all parts of the world, especially the middle-east, to keep alliances within the family. It is said that the majority of all marriages were between first and second cousins.

Polygamy was popular many years ago, with men having multiple wives. In some cultures, women were known to have more than one husband. However, this was not allowed in many religions.

In many cultures, men could end a marriage if their wives were infertile. However, the early Christian church was a trailblazer in arguing that marriage was not contingent on producing offspring.

Marriages in the west were originally contracts between two families. The church had very little to do with them and the state stayed out of it. Until the 1500s, the church accepted the couple’s word that they had exchanged marital vows with no witnesses or evidence or that the couple had actually done so. However, in the last century, the state has a greater role in marriage, with marriage licences now being required.

Same sex marriage was not allowed 100 years ago. Same sex couples were extremely rare and would have been frowned upon. It was believed that these people had an illness and could be cured by treatment or religion. Same sex couples have slowly become more common and accepted, with same sex marriages recently becoming legal in Ireland and many other countries and states.

Now: The bride and groom have final say over the guest list. As these couples usually have to pay for their own weddings, they can only allow for numbers they can afford. Therefore they can’t have as many people attending as they would have 100 years ago.

Who Paid For What?

Then: The bride’s family hosted the wedding, paying for the invitations, church, decorations, the reception food and drink, and the post-wedding wardrobe for the bride. The groom paid for the marriage license, the clergyman’s fee, the rings, the bachelor dinner, a present for his bride, gifts for his groomsmen and ushers, the bride’s bouquet, and planned and organized the honeymoon.

Now: Unlike 100 years ago, most of today’s brides don’t live at home and aren’t supported by parents until their new husband assumes financial responsibility. Today’s bride works, and she and her groom typically foot the bill for the wedding and honeymoon themselves, either with their own money, with help from family and friends, or by taking out a special wedding loan.

Then: The bride went with the groom when he bought the wedding ring – the rationale was that the ring would stay on her finger for life, so she should choose what suits her.

Now: Rings are even more of a status symbol today – they are representative of the personality and tastes of the bride, and are deeply personal. Though there are some who believe a groom should surprise his fiancé with a ring he picked.

Now: Choosing and styling the wedding party is still a deeply personal decision. Most bridesmaids dress in similar or identical styles and colours, with the maid of honour wearing a noticeably different outfit. However, some of today’s brides opt to buck tradition and follow hot trends like having their bridesmaids wear different shades of the same colour or rainbow dresses.

Interview with my granny, Bridie McGinty

Was your dress an heirloom or your own new dress?

My dress was an heirloom. It came from my great grandmother but unfortunately wasn’t passed on to your mother or her sister as they both refused to wear it.

Did you choose your own wedding ring?

Yes, I chose my own wedding ring. It’s not fancy like the ones these days. It’s very plain and wasn’t very expensive.

I only had two bridesmaids. They sported a light pink pleated dress with a high neckline. They each had a little satin belt at the waist.

How many people attended your wedding?

Around 40/50. I come from a big family and I am one of the youngest so all my older brothers and sisters insisted they bring their children along. I also brought my close friends and the odd neighbour from Ballyheigue. Pat didn’t bring as many guests along but they all add up.

Who paid for the main wedding expenses in your wedding?

My parents paid for most of the wedding. However myself and Pat chipped in a bit and so did Pat’s family.

It was mainly Pat and I who made it. Our families helped a bit when it came to inviting people from back home but we were very independent and didn’t have anyone there who we didn’t want there.

Was your honeymoon a big part of the experience?

Did cost encourage you to stick to a more traditional service instead of bringing in your own new ideas?

Pat’s side of the family helped a lot as they would come from a wealthier background. But even with that sense of comfort money wise, we still didn’t feel we wanted anything other than a traditional wedding.

Was the venue your home parish or was it somewhere else due to other reasons?

We got married in Pat’s hometown, Knock. This was ideal because my lots of my family had always wanted to go to Knock but it was a big trek from Kerry back in those days. This gave them an excuse to travel up.

Would you have been brought up to discourage same sex relationships?

We were never exposed to it that much. It still would have definitely been frowned upon by my parents. However, your mother and auntie have introduced me to some lovely gay friends and once Don (a fashion designer from Ballyheigue) came out, we really couldn’t afford to have anything against it as he is such a lovely lad.

Were there any same sex couples in your village while growing up?

No. I think the first person I know to come out is Don and he’s very young.

Name a few traditions you stuck to at your wedding.

My father walked me down the aisle. I wore something old, new, borrowed and blue. I threw the bouquet back to all the women. I had my first dance with Pat. The usual ones, we don’t really have any family traditions.

If you could go back now, would you change anything about your wedding or how you made your decisions?

Well I would love to have had a big wedding. I love weddings these days and I wish I could have a big glamorous one like they have now. However, at the time things were very different, and I think I had the best wedding I could manage. So no, I am quite happy with my wedding.

Do you like how weddings have become more original or would you prefer a more traditional wedding?

I like how there is a lot more freedom with weddings these days. It’s nice to be yourself with it. However I think the more traditional weddings run more smoothly and are usually more enjoyable for everyone.