zoom
An example of a wedding dress that women from wealthy families would have worn.
unkown 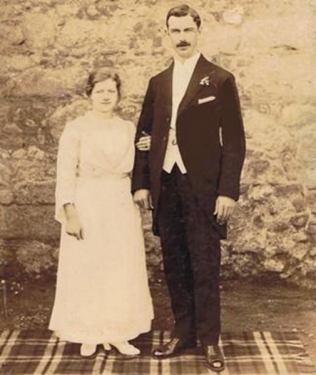 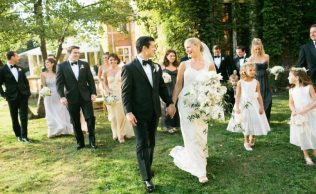 In Ireland 100 years ago, couples would be married through an arranged marriage. This is an ancient tradition that rarely happens in the modern world. In some cultures, parents might marry one child to the spirit to a deceased child. Cousin marriages were also very common back then. Polygamy was not very common in Ireland more so in other countries.

In some cultures one woman could marry a multiple number of men and group marriages would occur. In many cultures, men could dissolve a marriage or take another wife if the original wife was infertile. Monogamy came to light and one man could only be wedded to one woman but men became involved in affairs during this period. In later years, couples would be married through match making. In the marriage women would not have equal rights as the men as they were still being treated unfairly.

My great grandmother was wedded to a man when she was in love with someone else. Agreement was made by the father of the daughter by giving the father of the son a bottle of whiskey and asks if his son will have the daughters hand in marriage. Women would have worn old fashioned gowns with no shape and must have long sleeves and a high neck as when women would have been wedded in church they were not able to show any skin unlike today. From back then we understand that women were not able to wear anything but long dresses with long sleeves as wearing anything else would be frowned upon. Couples would not have a big wedding would have a small mass for the marriage then would go back to either the grooms parents or the brides parent house for a meal. It really depended on the wealth of the family.

For my project, I interviewed my great aunt from America over the phone about my great grandmother’s wedding.

Q. How did your mother and father meet?

-  Well back in those years they would have met through matchmaking. The wedding was arranged by their fathers as they were friends.

Q. Do you know if your mother wore a suit or a full length dress at her wedding?

– She wore a woman’s suit because only wealthy daughters of lords and landowners could afford dresses like that.

Q. Where did they go after the ceremony in the church?

– From what I remember, I think they went back to their house in Tourmakeady or the local pub with the family who was at the wedding and the priest would also attend.

Q. How many people attended the wedding?

– Well, not a lot. It would just be the siblings and parents of my mother and father who attended the small wedding.

Q. Did your mother have a bridesmaid for her wedding?

– Yes, her sister Katherine was the only bridesmaid at the wedding. They usually only had one back in those days.

Q. Did your grandfather walk her down the aisle at her wedding?

– No my mother and father were not close, so her brother Patrick walked her down the aisle at the wedding. Mostly all relationships were like this between a father and his daughter.

Q. Was your mother dating anyone before the marriage was arranged by the fathers?

– Yes. She was dating this other boy when it was arranged and she was heartbroken. The other boy could have stopped the wedding by getting approval from her dad, my grandfather, but he never asked him. My mother and the other boy later became friends a few years after the wedding.

Weddings are much different now, then they were back then. As I said women did not have the same rights as men. If a woman was ever injured or killed a man could sue the responsible party for depriving him of services around the home but women did not have the same option. Now, woman and men have equal rights so they are both able to have jobs outside of the home. Back then marriage would only happen between a woman and a man.  In the twenty first century, since this year, we are able to choose who we marry, man or woman.

A marriage ceremony would only happen in a church but couples are now able to get married in other places than the church. For example in a hotel or a different country. Also woman were only allowed to wear long dresses if wealthy or suits for their wedding. Today women are able to wear any kind of style dress as there are loads of venues where weddings can take place. The relationship between a father and his daughter would be better than it was back then as it is now a tradition for the father to walk his daughter down the aisle. The bride of the wedding is capable of having several bridesmaids at her wedding rather than just one.

The relationship formed between the groom and bride would have been on their own terms and they both had the choice to marry each other. Divorcing is also an option now rather than too be stuck in an unhappy marriage. Finally, weddings are a much bigger deal today than back then as it is referred to as the “Big day” and people are more excited about it as it is a place of gathering.