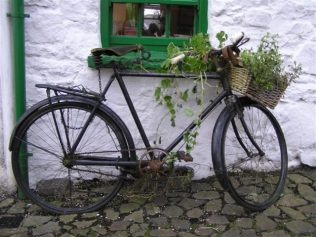 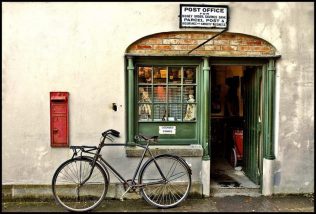 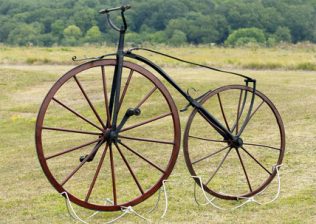 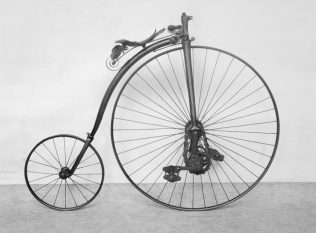 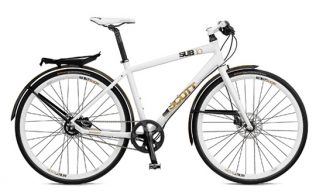 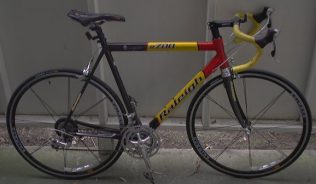 Bicycles were introduced in the 19th century and were a huge success. Today more than 1 billion have been produced worldwide, twice as many as the number cars. They are the main mode of transport in many countries. They are also a popular form of recreation, and are also used as children’s toys, forms of exercise and racing. The bicycle’s invention had a huge effect on society in cultural and industrial means.

History of the Bicycle

The introduction of the ‘bone shaker’ in the 1860’s led to a huge surge of interest in the pastime. It made an uncomfortable journey on the uneven Irish roads but riders were able to travel much quicker than they used to.

In the early 1870’s the ‘Penny-farthing’ quickly grew in popularity. One could travel much faster on a penny-farthing with less physical effort. People were often thrown over the handlebars when encountering large stones or potholes but this seemed to attract many young men. People who rode Penny-farthings were deemed ‘the elite of the Irish cycling world’ as riding them not only tested their skill but also their courage.

In the mid 1880’s the safety bicycle was introduced to society but it wasn’t until John Boyd Dunlop, a Scottish veterinarian, rediscovered pneumatic tyres that people began to take to the idea of the safety bike. Dunlop’s son had found his own bicycle uncomfortable so when the pneumatic tyres greatly improved his cycling experience, Dunlop decided to make a tyre that would fit a safety bicycle. This made the bikes faster and more comfortable to use.

The new safety bicycle was especially welcomed by middle class women and girls. It allowed them to exercise outdoors, away from stuffy houses. In 1893, Beatrice Grimshaw, the Irish Cyclist’s female correspondent, set a world record for a 24-hour cycle by a woman by riding some 212 miles on a ‘Rover’ bicycle, beating the previous record by some five miles. This was a great achievement for women all over the country.

In November 1897 J.C. Percy, the editor of the Irish Wheelman said ‘Cycling has now found its level, which happily is a very high one. It is no longer a fad or a fancy, but an established factor in modern everyday life… The army of riders is increasing with constant and steady growth, and will continue to enrol in its numbers members of every age, sex, and rank.’

The following questions were answered by my grandfather, Séan Horkan.

“What was life like when you were growing up?”

Life was good. We grew up in Castlebar, Spencer Street, near the centre of the own and the life was all around us.”

“Did you own a bicycle?”

“I didn’t personally own a bicycle; I didn’t need one as I grew up in the centre of the town so we walked to school, to mass. My dad had a bicycle but he was within 10 minutes walk of his work”

“Did anyone around the town own a bicycle?”

“A lot did. The bicycle was the common mode of transport, motor cars wouldn’t have been as popular. Before the war my father owned a motor car which was more recreational and my grandfather had two motorbikes. Bicycles were a mode of transport more than a recreational item. There were two bicycle shops in town, making a living from selling and repairing bicycles. There would be a big concentration of bicycles on the day of a football match when people living in the countryside would come into town or on a Friday or Saturday night many people would cycle into the local cinema which was on the same street as where we lived.

Bicycles also became more common after the Second World War because of the scarcity of petrol and motor cars. ”

“Would there be any cycles or races?”

“Yes in castlebar we had some very active cyclists. We had a cycling track at the rear of St Mary’s Hospital and its still there today as part of the GMITCollege grounds. We had some very big national competitions in St Marys ground. We also had some very good road cyclists from castlebar. When we were growing up, St Marys cycling club was very active in road races. When we were in our teenage years rural sports meetings were very popular in different villages and towns and cycling would be always part of the events of those meetings. There would be national races including the famous Rás Tailteann which was around Ireland done mainly by amateurs.”

“Would people ever go on leisure cycles around the town or countryside?”

“Well the old Rally was one of the famous names and Triumph. Going back further was the black Nelly bicycle. There was a man’s bike and a ladies bike. A mans bike had a bar across from the saddle under the handlebars and the ladies was more of a half moon shape with no bar. There was also the racing bike for cyclists in competitions Later on you got more of the sports models, very elaborate, expensive bicycles.

There are many different types of bicycles in today’s world, including utility bicycles, mountain bicycles and racing bicycles.

Utility bicycles are the most common type of bicycle in the world. They are extremely popular in the developing world as they are designed for short distance commuting, running errands and shopping. They have an easy step-through frame which makes it convenient for getting on and off.

A racing bike is use predominantly for competitive road cycling. They are very light and stiff which means the are fast but not comfortable. The handlebars are positioned lower than the seat to allow the cyclist to move quicker.

In the 1960’s, Ireland’s golden age of competitive cycling really took off. Shay Elliott led the way, with multiple wins on the Continent. Elliott’s success paved the way for two great cyclists, Steven Roche and Sean Kelly. Kelly’s performances in the ‘Classics’ and Grand Tours made him one of the most respected and feared competitors while Roche went on to achieve a Giro d’Italia, Tour de France, World Championship triple that had been done only once before.

In recent years cycling has turned into a huge sporting activity for both professionals and amateurs. There are charity and competitive cycles every year which thousands of people partake in. This is a huge difference from a hundred years ago where people only used bicycles for transport or occasionally leisure but not competitively.

Bicycles today and much faster, lighter and efficient compared to those used in the late 19th century and early 20th century. They have greatly improved im the past century and are now more enjoyable to use.