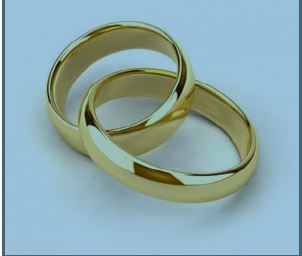 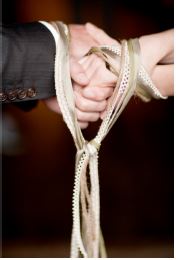 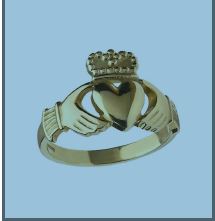 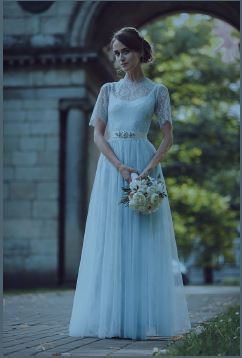 zoom
Example of a Blue Dress 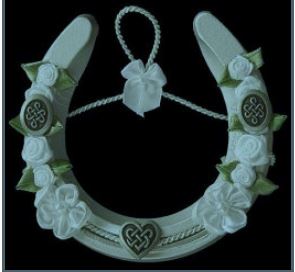 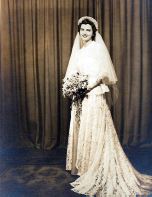 zoom
An Example of an Old Wedding Dress 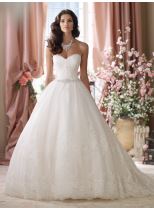 zoom
An Example of a New Wedding Dress 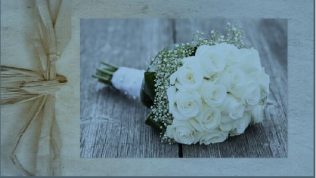 I chose Irish Wedding Traditions for my project as I was interested in what the differences were between weddings now and weddings in the 20th century.There are many differences including, dresses, rings, proposals,superstitions, ceremonies etc. The main difference would be the money spent on weddings to that of wedding even 20 years ago.

Handfasting is an ancient Celtic tradition that involved tying the hands of the betrothed together well in advance of the wedding day.It is similar to an engagement, a time when both parties decide if the really wish to commit.  In modern times, the tradition sometimes occurs on the actual wedding day although in centuries past, the ceremony acted as kind of a temporary marriage.

The Claddagh Ring is the traditional Irish wedding ring. It is a heart held by two hands with the heart topped by a crown.The hands represent faith, the crown symbolises honour and the heart signifies love.  Single women traditionally would wear this ring on their right hand with the ring facing outwards.  When in a relationship, the ring would be turned inwards but the ring is moved to the left hand once the bearer became engaged with it still facing inwards. Once the bearer was married the ring would stay on the left hand facing outwards.

The traditional Irish bride wore a blue wedding dress rather than a white one. This colour was a symbol of purity in ancient times before white became the colour for virginity.

The association of the horseshoe and good luck is as old as the hills.In many cultures, hanging a horseshoe over a door was thought to bring good luck to the occupants. That tradition crept into weddings too and the story goes that brides would carry a horseshoe on their wedding day to bring good luck to the occasion and to the rest of the marriage.  Nowadays, many brides still like to incorporate a horseshoe into their weddings, either as a necklace, decoration or hidden inside the cake for a lucky guest to find.

Comparisons of Then and Now

In Ireland centuries ago, the most popular day to be married was Sunday, this made sense as it was the end of the working week so people were available to attend the simple marriage ceremonies that were available at the time.  In Ireland today, most wedding but not all are held on a Saturday. This is usually to facilitate guests who would otherwise be at their place of work and it is easier get a Sunday off work than a Monday. Weddings in this day and age on a Sunday are rare.

In old Ireland the big, extravagant dresses we see today were unheard of, many brides either rented their dresses or had a family member make them. Dresses were usually of simple design with cheap fabrics and some lace if you were lucky.  Today we see big gowns and dresses covered in frills and sparkles. Most dresses these days are custom made and are very different to the ones from years ago.  We also have more styles to choose from (mermaid, ball gown etc.) whereas in the 20th century many dresses looked the same.

Irish weddings today take months of planning as many venues need to be booked well in advance.  In old Ireland, weddings were simple ceremonies with only close family and friends attending.  Today, weddings are big occasions with some couples inviting up to 500 guests just to have a good day.  The average budget of an Irish couple for a wedding is €19,635. Each year weddings are getting bigger and bigger and they are very different from those years ago but many Irish brides like to keep some traditions, like the horseshoe, to keep in touch with their Irish roots.

I chose to interview my Nanny as she grew up in 1960’s Ireland.

1. What age were you when you attended your first wedding?

I was 15 years old it was my sisters wedding.

2. Where did she get her dress and what did it look like?

My mother made her dress and it was a simple dress with long sleeves, it came to her ankles and it had touches of lace on it.

3. What did you wear to the wedding?

I wore my Sunday best as it was the nicest outfit I owned at the time.

4. What happened after the wedding ceremony?

Well there was no big party like there is today anyway. Anyone who was at the ceremony was invited over to the house for tea along with neighbours but that was about the height of it.

5. Was it expensive to get married back then?

Neighbours and friends brought food and drink to the house after the ceremony so this made it cheaper.

6. Did they go on a honeymoon?

No, holidays were too expensive for many people to afford back then.

7. Was there music after the ceremony?

Neighbours brought instruments over to the house so it was like a trad session.

8. Where would couples usually live after getting married?

They would live with either the bride’s or groom’s parents after the wedding.