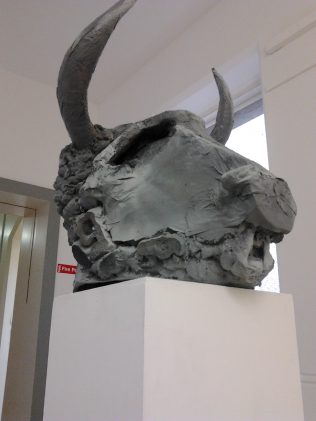 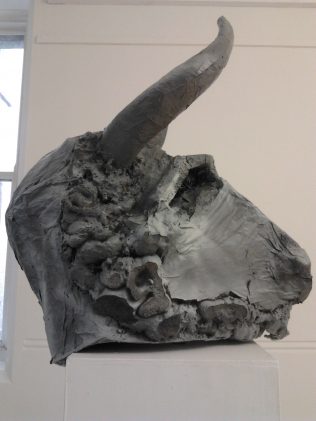 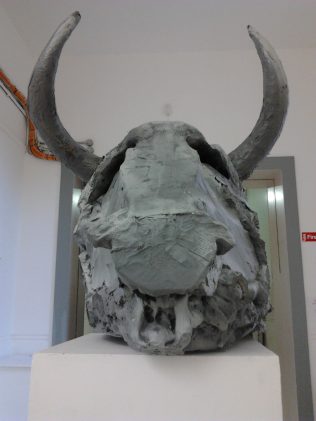 This piece of work was influenced by a project done during my first semester in GMIT. The project took us on a journey to Turlough House to investigate our past.To partake on a journey of a life once lived observing the society, culture and the inhabitants which lived during these tough times. Then to identify some piece which spoke to you and to recreate it in a more modern setting.
Heavily influenced by the straw hats portrayed in the museum. The idea of a mask intrigued me. Intending first to mimic the straw design, but lacking the materials and expertise it dawned on me to introduce more of a modern take on the mask in today’s society. Using the simplicity and sturdiness of paper maché I found it to be a more capable and suitable material. It is light and efficient, so instead of it looking this way metallic spray paint was used to give the illusion of weight, in such that it looks to almost encumber the user, but yet it is very light and maneuverable.