You are here: HomenextExplore our archivenextTopicsnextA miscellany of topicsnextSong in the Irish Language / Traditional Dance Music 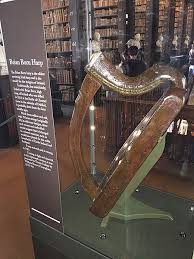 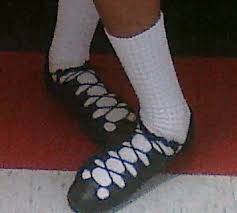 Until the end of the Middle Ages ‘bardic’ music of the harpers (Cruitire) accompanied the poets (filí) verses through – out Ireland.  The oldest airs preserved were contained in a manuscript of Fitzwilliam’s ‘Virginal Book’ plus a collection bound together in William Ballet’s Lute book of the 16th century.  During 1726 a first collection appeared, titled ‘A Call of the Most Celebrated Irish Tune’s’ published by John and William Neale, Christ Church Yard, Dublin, that contained forty –nine airs.  The sole surviving copy is held among Bunting’s manuscript at Queen’s University College, Belfast.  Thomas More used many of Bunting’s airs plus adapted his music to his own lyrics.  During 1851 George Petrie (1789 – 1866) was instrumental in founding the Society for the Preservation and Publication of the Melodies of Ireland which issued his ‘Petrie Collection of the Ancient Music of Ireland’ in 1855 with one hundred and forty – seven airs with copious notes both historical and analytical.  The collection contained spinning tunes, lullabies, plough tunes, various songs, airs he also included dance tunes plus harpers compositions.  Francis O’ Neill published ‘Music of Ireland’ in 1903 that contained 1,850 assorted pieces of music; ie airs, jigs, reels, hornpipes, long dance marches.  During 1907 he published a book of 1,001 tunes.  His publication ‘Irish Minstrels and Musicians’ appeared during 1913.  He followed this with four hundred tunes for piano and violin in 1915.  O’Neill’s ‘Waifs and Strays for Gaelic Melodies’ – that contained three hundred and sixty – five melodies – that was published in 1922. [i]  Sean – Nos meaning ‘in the Old Style’ is at the heart of Irish music.  It is an unaccompanied singing style of immense beauty and complexity from a top of the range form.  It is regarded as being derived from the Bardic tradition that ceased in the 17th century. [ii]

Sean – Nos is generally understood to refer to songs in the Irish Language while the term ‘Traditional Song’ means songs sung in the English language. Sean – Nos is a style of singing rooted within the Gaeltacht regions of the country.  There are three style; with the main obvious difference between the Ulster style compared with the Connacht / Munster style.  In Donegal Sean – Nos was very heavily influenced by Scots Gaelic songs that are much less ornamental also may contain a steady pulse.  Both the Munster and Connacht styles are highly ornamented with forms familiar to a traditionalist instrumentalist plus with more complex forms. [iii]

This style is highly demanding for the performer and audience.  It requires the skill of the former to vary the interpretations of each verse by means of subtle changes in tempo, ornamentations, timbre and stress, while the latter has to possess the knowledge also the discrimination to appreciate fully the singer’s efforts.  Melodic richness is best emphasized in a ‘poor’ harmonic framework ie; a melodic line loses its own flavour if it comes about within a parallel harmonic shift.  This is true of modern music also as arrangements have been displayed in various ways, either as published scores or harmonized melodies.  At certain times both options are combined with harmonizing as the latter. [iv]

A 14th century song from the South of England invited the audience to ‘Come ant daunce wyt me in Irlaunde.’ Brennan 1995 page 15.  Traditional dance evolved from the French quadrille plus English country dancing during the 18th / 19th centuries.  The first documentary of Irish dancing appeared with a Mayor of Waterford’s account of his visit to Baltimore in Co. Cork during 1413 when attendees ‘took to the floor’ to celebrate Christmas Eve.  Ó h’Allmhurain 2017 page 16.  By the end of the 17th century dancing was accompanied by bagpipes, or Jew’s harp.  When the fiddle was introduced by 1760’s a new class of dancing master emerged.  [v]

Irish music is the music of a fluid iconic tradition handed down from one generation to the next or passed on from one performer to another that changes each time it is performed. [vi]  Sets plus half – sets were popular during 19th /20th centuries.  Céili bands were formed possibly in response to the Gaelic League’s creation of dance in early 20th century.  The structure of Irish music in the past consisted of 2/8 bar phrases called parts which were usually repeated also they may be sub – divided into 2/4 bar sub – phases.  A typical form may be AABB usually repeated.  Many tunes may have three or four parts.   [vii]  Cumann Ceoltóiri hEireann was founded during 1951 in Mullingar, Co. Westmeath by a group of traditional musicians; it changed its name to the present Comhaltas Eireann during 1952.   [viii]  From 1954 traditional music was accorded a definite mode by the International Folk Music Council.  This music comprised of two broad categories; instrumental music; that mostly consists of dance music; reels, jigs, hornpipes etc plus the song tradition; that is unaccompanied solo singing called Sean Nos.  There are as many various phases within traditional music as there are local dialects in the country, ie the music of Donegal is vastly unique compared to the unique music of Cork.  One feature of traditional music is its capacity for absorption, retention plus change as it has drawn on various sources or influences.  There was a fashion for the remaking of traditional dance tunes from such material as theme songs from musicals.  The group De Dannan produced a hornpipe from the Beatle’s ‘Hey Jude’ that made the absorption an ‘Irish’ flavour. [ix]  Irish traditional music is relevant for dance movements with tunes that range from four- to – the- bar – reels to various jigs.  There are soft shoe styles; ie reels, slip – jig, light – jig plus single – jig, or light single jigs in 6/8 style. Most jigs are in 6/8 with an older style in 9/8 that is known as a slip – jig.  Hard shoe styles are hornpipes in syncopated 2/4 or 4/4 time, the treble jig is in a slow 6/8.  Again most dance tunes favour modal tuning plus circular construction in which two different strains of eight bars are each played through twice this is followed by the resulting thirty – two bars repeated from the top.  Each dance set consists of two or more tunes performed sequentially.  There are seven basic steps to be mastered prior to a dance called a reel.  A wealth of styles from marches, waltzes, jigs, reels, hornpipes, slip – jigs plus polkas give a rich variety or flavour to all dance music. [x]  The Irish reel is of Scottish origin; Written in 4/4 time it may be played in 2/2 with two steady beats in each bar.  The hornpipe is the slowest dance. Many set – dances are hornpipes.  It is characterised by dotted rhythm triples plus three strong crotchets in the last bar of each section.  The Polka is associated with the Sliabh Luchra area of West Munster.  It is in 2/4 time with a very fast tempo. [xi]

Factors that shape Irish Tradition Include;