Digging for Gold in Laois

When the local lads dug in the Lough Field they found an unexpected treasure. 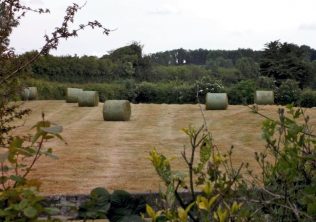 zoom
The field next to Lough Duff
© Jane Brideson 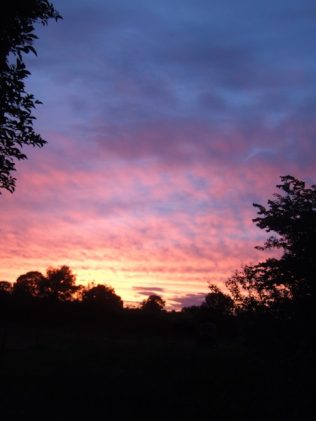 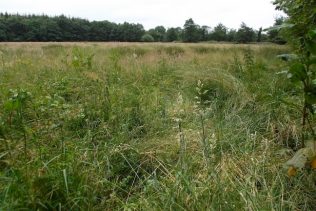 It was on an evening such as this back in the 1970’s, when there was a good stretch in the day and work on the land was done, that Jim and his friends decided to dig for gold.

Everyone knew the story about the treasure that was buried in the Lough Field and how the place was home to the Good People, which was why no one had dared to go looking for it before.

The lads believed the story about hidden riches, for hadn’t gold been found in Offaly just down the road? The thought of wealth won out against their fear of the fairies’ displeasure and they decided to go ahead with the search.

The Lough Field is large so firstly they needed to find the right spot.

Advice was sought from Jack D, a well known dowser, who had found water sources for most of the domestic wells in the locality. Jack was interested in archaeology so gladly took his hazel rod to the field. He walked its’ length and breadth and finally the rod twitched and the old dowser was convinced he’d found the right spot.

At first the lads used spades but it was heavy going and they realised it would take days. Things looked bleak until someone suggested borrowing  a digger.

The machine was brought and despite the boggy conditions the earth was scooped up into the bucket then deposited in a mound.The mound got higher and hole got deeper. They reached a depth of thirty feet when the sides of the hole began to collapse.Looking down into darkness the lads realised they had reached the bed of Lough Duff.

The sun began to sink in the western sky and there was a chill in the air.

They remembered the tales of the Good People and just as they were about to give up and go home there was a loud sucking sound and the digger brought up one final massive lump of earth.

As the bucket was lowered it became clear that this was more than wet turf. Something large and heavy lay before them.

“This is it” thought the lads, the gold was found and they would soon be rich!

Everyone took a hand cleaning away the mud until finally the treasure was revealed. Something had indeed been buried in the lough many years ago but it wasn’t gold.

Before them lay an ancient dug out canoe.

It was long, dark and looked like a hollowed out log, shaped to travel through shallow water.

In the twilight the questions began.

Was it worth anything? Whose boat was it? How old was it? Did it sink with a man on board, if so where was the body?

Even more worrying was the fact that it may not have belonged to a mortal at all.

Everyone knew that there had been an island in the lough belonging to the Good People so perhaps it was a fairy boat from the Otherworld.

Had they disturbed Them? What would happen to the lads now?

This was serious and as all thoughts of wealth vanished they discussed their options. Finally it was decided to fetch the priest who was over from America visiting his relations nearby.

“If anyone knew what was to be done, it was him” Jim explained.

The priest arrived and after berating them for their foolishness in messing with the Lough Field, he wisely told them to put the canoe back where it had lain for all those years. If they didn’t follow his advice and bury the boat, he told them, no good would come of  their actions and they would have no luck.

And so it was done.

The canoe was returned to the earth, the turf replaced and soon reeds covered the spot again.

That was forty years ago. Jack, the dowser, along with Jim and the other lads are no longer with us, so there is no one left who remembers the spot where the canoe rests.

As I walk the Lough Field to cut the reeds each Brigid’s Eve I remember them on that evening and how the place still holds its secret, not gold but treasure of a different kind.

The original tale, along with other stories, is told on my blog which can be found here: http://theeverlivingones.blogspot.ie