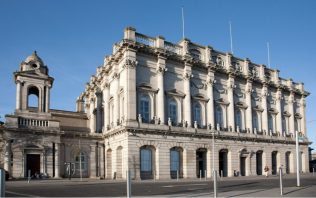 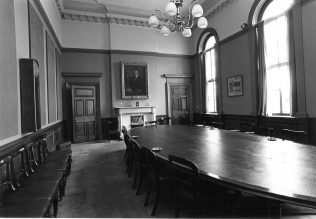 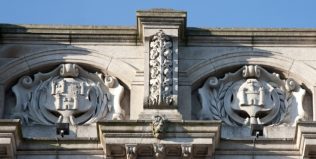 Heuston Station (formerly Kingsbridge Station until 1966) is one of Ireland’s most recognisable rail stations named after Seán Houston, one of the executed leaders of the 1916 Rising, who had worked in the station’s offices.

The station was constructed originally in two phases by the Great Southern & Western Railway (GS&WR). The train hall was designed by the renowned Irish railway civil engineer, Sir John Benjamin Macneill FRS for the opening of the Great Southern & Western Railway in 1846, ahead of the completion of the main station façade by the architect Sancton Wood. Later, Macneill became the first professor of engineering in Ireland, at Trinity College. Two panels on the front, “VIII VIC” and “1844” indicate the Act of Parliament under which the railway company operated.

When built, the 2.5 acre roof supported on cast iron columns with ornamental capitals and spandrels was claimed to be the largest area under roof of its kind in the then British Empire, until the completion of the Crystal Palace for the Great Exhibition in 1852.

The ironwork was cast by the renowned engineer and inventor Robert Mallet at the Victoria Foundry at Granby Row, Dublin and the whole structure was lit by more than 140 gas lamps.

The main Passenger access was originally from the Entrance on St. Johns Road with the Terminal Building which obscured the Train hall behind housing the company’s offices.

The Station was further developed in 2006 with the refurbishment and extension of the Station Train shed.Selected pieces of cast iron were sent to foundries in Manchester and Oxford to recreate exact replacements. The heritage quality of the original protected structure was maintained by faithfully replicating any new members to match the existing. The introduction of natural lighting coupled with natural ventilation at this time improved air quality under the roof making for a better experience for customers and staff.

Heuston is also the location for the Head Office of CIÉ and the St John’s Road West site is also the home to the Irish Railway Record Society.