May on Our Doorstep

How it all started 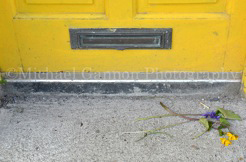 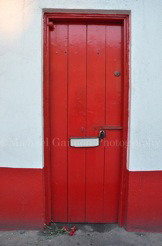 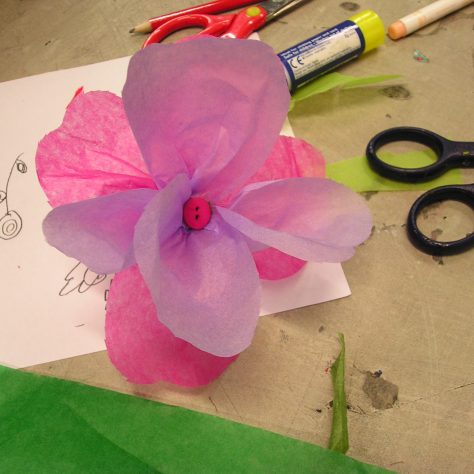 A flower in the making 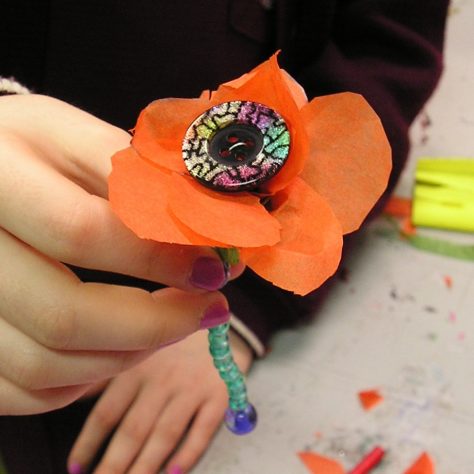 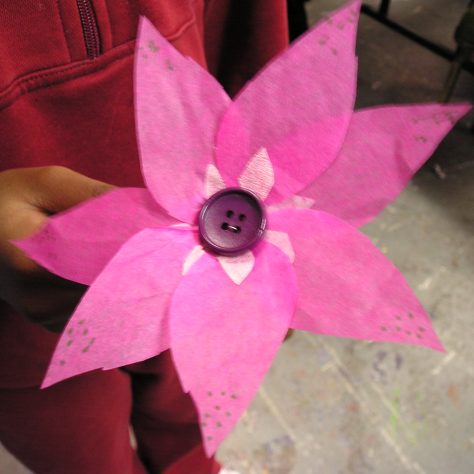 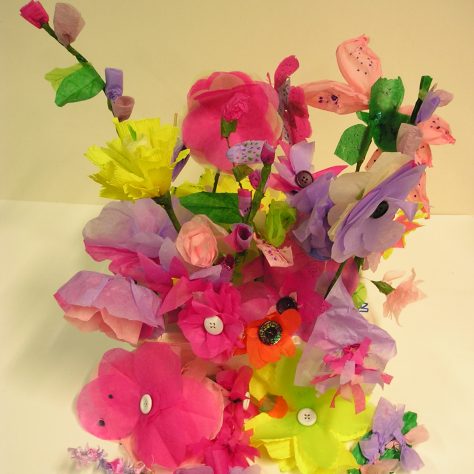 May Day morning 2010, I arrived in Castlebar for some workshops we were running at the Linenhall Arts Centre, to be greeted with buttercups on the door jam to either side of our signature red door. Unaware of the local May Day custom, but curious, a quick jaunt up Linenhall Street verified that there were flowers in all the doorways.It was one of those “warm feeling inside” moments.  What a gorgeous gesture. The over-riding immediate instinct was that this was something deserving of celebration, and a period of research and germination of ideas ensued. A phone call to Mayo County Library led us to Kevin Danaher’s “The Year in Ireland” in which he states

Perhaps the commonest [May] custom of all, examples of which might be cited for every county in Ireland, was the picking and bringing home of fresh flowers. That these were nearly always yellow flowers may have some significance, but probably means no more than that most flowers then in bloom are yellow – primroses, cowslips, buttercups, marigolds, furze-blossoms. Usually these were gathered before dusk on May Eve by the children, although in many places the tradition lingers that they should be picked before dawn on May Day. The children usually made ‘posies’ of the flowers, small bouquets, which they hung up in the house or laid on the doorsteps or window-sills or hung over the door. Sometimes loose flowers were strewn on the thresholds and floors of house and byre or on roofs or in and around the well, or on the paths leading to the house, outbuildings or well.

Following a number of conversations and phone calls we confirmed that the May Day custom of leaving flowers on door steps is prevalent throughout county Mayo to the present day. Traditionally flowers are left out as protection against unseen forces, to welcome in the summer, and in the hope for a bountiful season. As Kevin Danaher also points out “… for many people there was a religious motive in gathering May flowers, as these were picked in honour of our Lady or of the Angels and were used to decorate the household alter… or shrine” (p.89).

The Linenhall made the decision to embark on a project to celebrate this local custom. As our area of expertise is in the arts, it was felt that a project based on May customs would benefit hugely from the input of the National Museum of Ireland – Country Life. Education officer, Deirdre Power was approached with a project proposal. She was hugely enthusiastic, and the Museum came on board. Lorna Elms and Aoife O’Toole at the Museum’s Education Department took up Deirdre Power’s mantle while she was on leave, ensuring the Museum’s ongoing involvement in the project.

The “May on Our Doorstep” project that emerged involves:

The Museum’s input to the project has been invaluable. Before embarking on designing workshops for primary school children for the project, the Linenhall Arts Centre’s team of artists met with museum curator Clodagh Doyle for a briefing on May customs. This was a hugely informative session and the information shared underpinned the development of the visual art workshops for primary schools at the Linenhall. Following the briefing at the Museum, the Linenhall’s team engaged in three days of visual research and design. They trawled various botanical publications, and examined photographs and botanical illustrations of a wide variety of flowers; sourced materials including papers, beads, wire etc; and created several test prototypes of flowers. Through engaging in this process they came up with a design and plan for the primary schools workshops. At the time of writing these workshops are in train. During the last week of April the flowers created during these workshops will be arranged for exhibition in the Linenhall Arts Centre’s foyer area, by the team.

We are really looking forward to presenting this exhibition at the Linenhall Arts Centre. We feel it is a celebration of what is good in our community. It highlights a custom reflecting an age old and deep rooted sense of care for the well being neighbours and friends in our community.  A positive gesture which is made annually. A symbol of hope for the coming season. And, to the person (yet to be identified) who left flowers in doorways all along Linenhall Street on Saturday the first of May 2010, a big thank you. Your action was the kernel of inspiration which has led to the “May on Our Doorstep” project.