"The Month of the Blessed Virgin"

By Mary B Davitt in conversation with Mary O'Malley 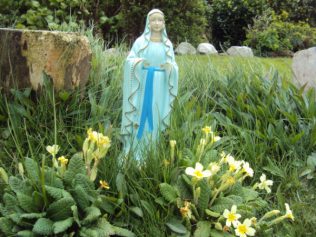 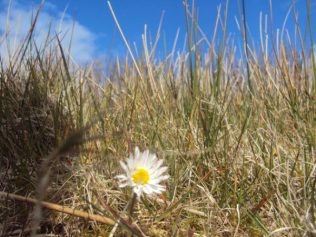 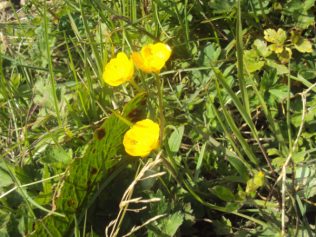 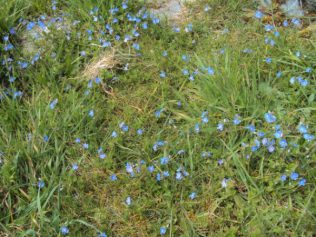 The Month of May was known as “Mary’s Month” or the “Month of the Blessed Virgin”. The whole month was dedicated to Our Lady. The yellow primroses are so versatile and hardy they were always in full bloom towards the end of April. They can grow anywhere along the hedge rows and down drains or even on stony banks. On the eve of May 1st we would pick some of these pale gold flowers and leave a bunch of them on our doorstep so Our Lady would tread on them as she passed during the night.

The eve of May day was a very busy one

By her passing over these we would welcome a bountiful summer full of blessings. The primroses became known as May flowers or some might say the May flowers became known as primroses. The rose of course being very associated with Our Lady. The eve of May Day was a very busy one. We would get our best white laced edged cloth (later a crocheted one) and place this on a small table or shelf. Some people had very deep window sills and this also served the purpose of an altar. A statue of Our Lady would be cleaned and placed in the centre of the cloth. Sometimes we would make a little veil for Our Lady and place it on her head. Next two small glass jars (probably jam jars) would be placed both side and filled with wild flowers. We then put a light, either a candle with a blue holder, or an oil lamp with a blue globe, that was purchased especially for Our Lady and had been kept safe for this purpose. This special light would be used a few times a year.

The month of May for Our Lady, the month of October for the Rosary. Most homes had an oil lamp with a red globe for the Sacred Heart picture; we could change the red globe for a blue one. This would be changed back for a red one for the month of June, as June was the month devoted to the Sacred Heart. Some homes had hand made wooden grottos with a statue of Our Lady inside. These beautiful grottos were sometimes fixed to the wall as a permanent feature. Every house in the parish had a May altar of some description.

We had a May Pole in school

Even the schools had one in each classroom. All the children would take turns at bringing in fresh wild flowers each morning.Primroses, buttercups, daisies or any pretty wild flowers we could find. We would say a decade of the rosary each morning facing the altar so by Friday we would have said the full rosary. Everyone was encouraged to pray the rosary especially during the month of May. We had a may pole in school. It had brightly coloured ribbons fastened to the top that draped down the length of the pole. Six or eight children would dance around the pole. We learnt a special dance for the May pole. Amazingly no matter how we dance and wrapped the ribbons they always seemed to fall back into normal position again.

People went to town to sell pigs, lambs and calves

May day itself was a busy and exciting one. We would get the day off school because it was a huge fair day in Louisburgh. The school gave the day off because every year so many boys would be missing. They were needed to walk stock to Louisburgh for the fair, a 20mile round trip for some. People went to the town to sell pigs, lambs and calves. Money made could be then spent buying cabbage plants for sowing in the vegetable garden at home. Sometimes we managed to get pocket money to but ice-cream or sweets before starting the long walk home again.

The month of May was the best month of year to wash the whites and linen cloths. By leaving them outside all night the May dew bleached the whites, whiter than any product on the market today. All heavy blankets were now removed from the beds and washed and dried outside as the June sun would only discolour the woollen blankets. These could then be stored away until the winter.

“Bath in May and you’ll soon be in the clay”

There were a lot of superstitions associated with May Day. No fire would be lit in the hearth until we seen smoke rising from a neighbours house. Looking back, some households had smoke at first light because the fire was going all night. We were forbidden from bringing hawthorn into the house before Pentecost Sunday or Sunday of the Holy Spirit also known as Whit Sunday. This Sunday varied each year due to the date Easter Sunday fell on. The Monday after Pentecost was a public holiday in Ireland until the early 70s; this was then pushed back to a new June Bank holiday. The hawthorn was considered evil or unlucky, even though the flowers are so pretty and fragrant. It was also thought to be unwise to go swimming during the month of May as the old saying went “Bath in May and you’ll soon be in the clay”.

I hope people revive the religious traditions of May and I will have my May altar ready to welcome Our Lady and summer.

Mary B. Davitt in conversation with Mary O’Malley remembering traditions with May Day and enjoying reading some other stories from around the country.

When did this happen?

Where did this happen?