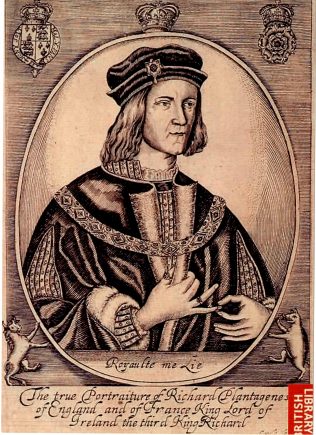 In 1484, Richard III (1452-1485), King of England, granted to Galway a charter of incorporation which allowed its citizens to elect their own mayor and corporation to be responsible for the governance of the town. As the local authority, Galway Corporation issued by-laws (basically local laws) which regulated life in the town.

One of the more interesting by-laws, enacted in 1518, ordered that none of the Anglo-Norman inhabitants of the town should admit any of the Burkes, McWilliams, Kellys, or any other neighbouring Gaelic sept, into their houses: “That neither O, ne Mac, shoulde strutte ne swagger, throughe the streetes of Gallway” (Hardiman, 1820, 20). According to Hardiman, there also formerly existed an inscription over the west gate of the town which read: “From the ferocious O’Flaherties, Good Lord Deliver us.”

Here’s a selection of Galway by-laws from the early sixteenth century:

That whatsoever man, woman or childe, be found foullinge the streets or wall, either by night or day, to lose 2d. Alsoe, every dweller shall make clean before his door once a week, and that no dung heaps be made on the streets, sub poena 12d.

That all idle men and women not able to pay watch tax ne talladge be expulsed the town; that the fishers of the logh shall bring into the market thre daies in the wicke, and to give an hundred eeles for 2d.

That no butter be sold above one penye a pound and no dearer, on payn to lose 12d and his body to be put in prison that doth the contrary.

That no honey be brought to towne except it be good and merchantable; and that no dweller shall become surety for any gent of the country, nay ransom none of them

That none of the towne buy cattle out of the country, but only of true men. That the mayor, warden and bailiffs shall be first served with all provisions at market, and then who first comes is first served.

That no man of the town shall lend or sell galley, botte or barque, to an Irishman.

That no person shall give ne sell to no Irish any munition, as hand povins, calivres, poulder, leade nor sail petter, nor yet longe boves, cross boves, cross-bove stringes, nor yearne to make the same, nor no kind of weapon, on payn to forfayt the same and an hundred shillings.

That no man be made fre unless he can speke the English tonge and shave his upper lipe weekly, sub poena 20s.

That whoever plays at choitts or stoines, but only to shoot in longe bowes, shorte cross bowes and hurling of darts or speres, to lesse at every time 8d.

That in what housse, shope or seller ther be found players at cards, dyce, tabulls, nor no other unlawfull gamys for moneye, by younge men, and speciallee by prentisys nor Irishmen, on payn to lose the moneye they play for, and also where they play to pay 20s.

That whatsoever countryman shall spoyle, robb or wounde any of the inhabitants of this town, either by lande or water, shall have no priviledge in no man’s house within this towne, unless for debte.

Any inhabitant who should begin any strife, debate or quarrel or draw out sworde, dagger or knife, to pay 100s the weapon to be naylled and put up in the pullorie.

Hardiman’s History of Galway (1820) is out of copyright and can be accessed and downloaded in full via Google books here.

HARDIMAN, James (1820) The History of the Town and County of the Town of Galway, from the earliest period to the present time. Dublin: W. Fold & Sons.