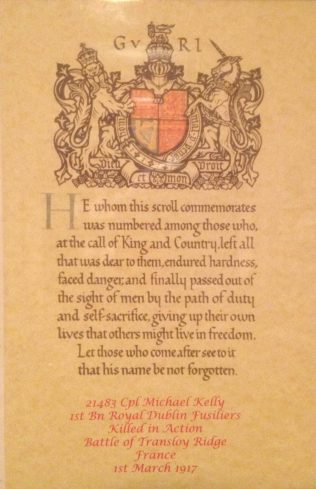 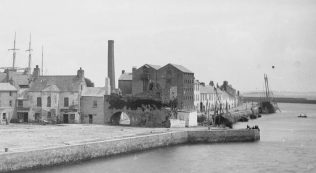 zoom
Home of Michael James Kelly, adjacent to the Spanish Arch.
Courtesy of the National Library of Ireland. 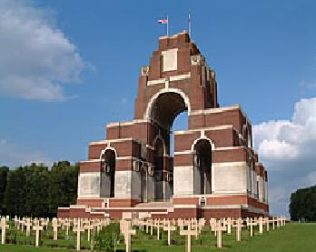 Corporal Michael James Kelly, a stone mason by trade of Arch House, Spanish Parade, Galway, joined the 1st Battalion of the Royal Dublin Fusiliers in 1916, aged 25. He served in this regiment while it was assigned to the 86th Brigade, 29th Division.

Michael was one of thirteen children and his parents were Redmond and Margaret Kelly also of the Arch House, Spanish Parade, Galway, but formerly of Bowling Green, Galway.

Sadly, Michael was killed in action at the Battle of Transloy Ridge, France on the 1st March, 1917, aged 26 years. There is no known grave for him and to-date no photograph of Michael is known to exist. He is remembered on the Thiepval Memorial, The Somme, France.