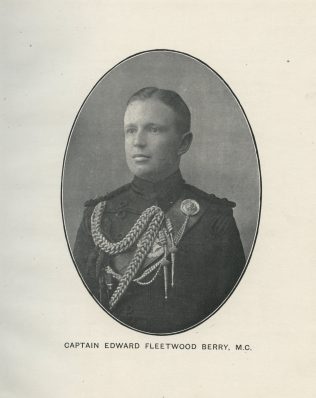 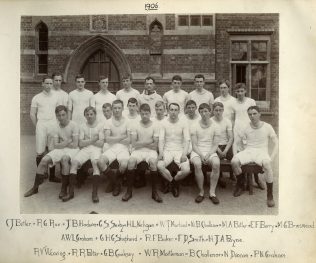 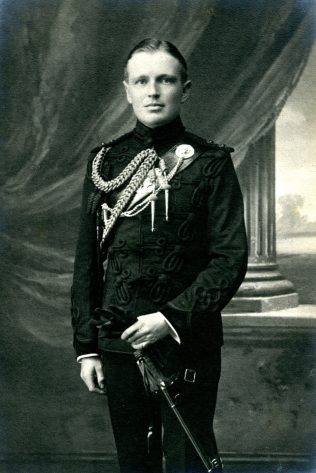 Born 23rd May 1888 in Sligo, the only son of Reverend James and his wife Mary Fleetwood-Berry.

Educated in Chard Grammar School, Somerset, and Abingdon School, Oxford. He had a passion for sports, football and rowing.

Edward joined the Royal Military College Sandhurst, England 1906. He was commisioned into The Wiltshire Regiment 9th October 1907. He joined his Regiment at Pembroke Dock. Two months later he was stationed in Jhansi, India. In 1909, he joined the 2/9 the Gurkha Rifles stationed at Dehra Dun.

In 1913 he became A.D.C. (Aide-de-Camp secretary and assistant) to Lord Carmichael, Governor Of Bengal.

Known for his gentleman ways, happy nature and strong leadership, Edward was home on leave when WW1 broke out. He was dispatched first to Lord Kitchener’s new army, the Rifle Brigade, then onto the 9th Battalion of the King’s Royal Rifles. Based in Flanders he re-joined his own regiment the Gurka Rifles, who had been sent from India in October,1914. His rank now was Captain. They were stationed in France for fourteen months in the Neuve Chapelle area. While here he was awarded Adjutancy of his Battalion. From France they were shipped to Mesopotamia (modern-day Iraq). On the 17th April 1916, Captain Edward was killed in action during the Turkish counter-attack battle of Bait Aisa trenches.

He is buried in a military grave near Kut on the banks of the river Tigris. His name is on the WW1 memorial with fellow Galwegians in the Collegiate Church of St Nicholas, Galway, and also on a Memorial tablet in Barrackpore Church, Parpangas District, West Bengal, India.

For his bravery in France, he was awarded the Military Cross.

The Fleetwood-Berrys were friends of my family. I feel very honoured to own a beautiful portrait of Captain Edward, a very brave Galwayman!