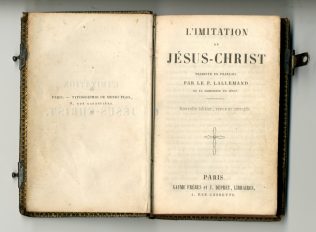 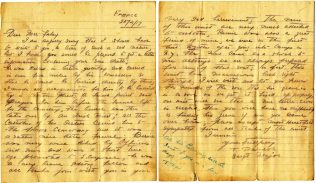 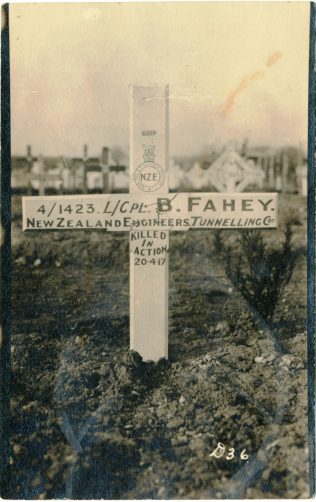 My earliest memories of hearing about ‘uncle Bernie’ was from my grandmother Margaret Ryan, his sister, when I was a small kid.

They mostly centred around his emigration to New Zealand, his ending up back in France fighting in the war and subsequently being killed in 1917. Her opinion was always that he was very unfortunate and that the large scale fighting had ceased by the time he was killed.

She was extremely proud of the fact that he had done his duty although she was far for being supportive of war and very protective of the personal effects that somewhat defined his short life.

I was always fascinated by the tiny prayer book in French that he had found on the battlefield which ironically survives to this day in excellent condition and the letter from his officer to his mother following his death.

It’s as if these small items form a powerful connection to events of almost hundred years ago and while they bear witness to horrific events there is benign nature about them that’s hard to explain.

As we acknowledge the 100th anniversary of the Great War the few items that remain belonging to Bernie Fahy show how an ordinary man, like countless others, was dragged into the conflict and had his young life extinguished at an all too young age. I would love to have met him.

NOTE:
Born on 26 September 1890, the son of Richard and Ellen Fahy (Cregbog, Claregalway, Co. Galway) Bernard or ‘Bernie’ emigrated to New Zealand c. 1912. In October 1915, Bernie enlisted with the New Zealand Tunnelling Company. He arrived in France in March 1916 and was involved in the development of a large network of underground tunnels around the town of Arras. Bernie was killed in action on the Arras-Cambrai Road, France, by German shell fire on 19 April 1917.