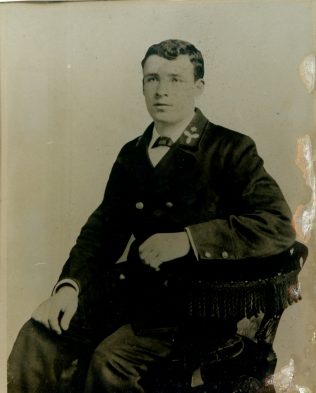 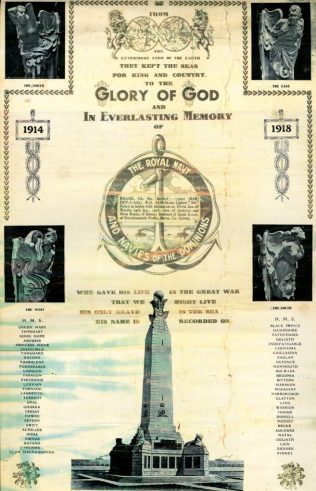 Bartley Keane was born in Truskey East, Barna – son of Anthony and Honor Keane. He was baptised in St Joseph’s church, Galway on 04/09/1870.

As a young man he joined the Royal Navy and retired on pension. He married Sarah Keane of Knocknavoddy, Furbo, on 28/08/1903 and moved to Furbo. They had seven children – Mary, Anthony, Timothy (my father), Michael, Brigid, Nora, and Sall.

When W.W.1 began he was recalled back to the Navy. The day the recall telegram came he was laying the foundation of what was to be his new family home – the two storey house opposite Furbo old school. The telegram instructed him which Royal Navy Depot he was to report to. There he was given his sailing orders – name of ship, the port and sailing time.

He appears to be a very caring astute family man as before he left he got legal ownership of the family home and land transferred to his wife’s name.

Today we have no concept of how heartbreaking it must have been for him to leave his wife and children and go to war.

He was home on leave once during the war. Shortly after he left home to return to duty his young son had an unexpected seizure and died. By the time the messenger got to Galway rail station the train had left. He was not contactable again until he reported to his Naval Depot.

On 24/01/1918 his ship was torpedoed in the North sea and he was killed in action. His five surviving children were always very proud of him, as are his fourteen grandchildren.