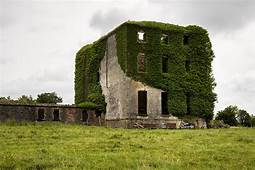 Several castles or tower houses were constructed within Mayo from the early centuries. Several no longer exist (i.e. Ahena) whilst others are just remaining ruins or even just heaps or mounds of stones.  It appears that the lineage of the peerage is more widely available rather than the information of the actual structures of castles.

Tower was constructed circa 1490.  During 1596 it was briefly captured by Brabazon, Clanrickard also Darcy.  They abandoned the castle as Red Hugh O Donnell approached.  The Mac Donnells owned the land up the 1800’s when Sir Guinness purchased the castle.  Images of the ruined castle by G. Gardner & P. Wright feature on this site. (13th August 2001) [i]

Aghalard Castle or Caisleán Achadh Leathard is a ruined tower castle south of Castlebar.  Constructed during 1490 by Mc Donnell’s of Knocknacloy descendants who originally had been Gallóglaigh to the Burke’s of Mayo.  The castle was a three – story tower with square turrets enclosed by a bawn.  During 1596 it was captured by Edward Brabazon, 1st Baron Ardee, Ulick Brown 3rd Earl of Claricarde also James Riabhach Darcy.  Evacuated later as Hugh Roe O Donnell was in preparation for an attack.  Castle was purchased during the nineteenth century by Sir Benjamin Guinness. [ii]

Images of Aghalard Castle ruins feature at this link: http://ireland.darkisle.com/fortification/aghalard/aghalard.html